I too Mary Jane had/have still some of those embarrassing moments especially in groups of 4 or more.  I just refer to it as "Old Timer's Disease", especially when I lose my train of thought while speaking...makes everyone else laugh, and then I usually just get quiet and let others do the talking.

It really does not happen to me as often as it did in my first two years after Mark's passing, but it still happens.  I never drive anywhere in the Dallas, Ft. Worth area without my GPS talking to me, because I can get distracted...seems that when I am talking my brain does not remember to tell me that the exit I need is next...I have never been one of those folks that can chew gum and walk, nor can I sing, least of all sing and move at the same time...

Once when I was walking Bella just after Mark's passing, I looked down and saw my shadow.  I suddenly did not recognize it, and I thought, have I finally become just a shadow of whom I used to be?  As we continued the thought lingered as tears welled up, then this song popped into my brain "Objects in the rear view mirror may appear closer than they are", one of Mark's favorite by Meatloaf.  It made me smile and forget what I was thinking about.  He would play it over and over again...was not one of my favorites.

Nice to hear we have name for our grief conditioning that we must all deal with.  Thank you Mary Jane, hugs to all...

Time for me to head out for my next radiation treatment...

Over all, I am feeling good and very positive about beating this cancer once and for all...

Mary Jane, thank you for posting the link, copied it to my facebook page, I learned this at a grief seminar but had forgotten and was starting to think Im getting dementia so reading this and confirming that Im not the only one is a big relief.

Mary Jane....those journals are really a double edge sword--nice to re-read the pleasant memories but not so nice for the unpleasant ones.  I hope as you read through them you'll find more happy memories and smile.

Deb,Yes, that says it all.  In fact, I'm going to copy it and post it on Ken's Facebook page on the anniversary of his passing in January.

Steve.....I also find your post to be so true.  One of my frustrations is with people dismissing my feelings in an effort to be helpful by saying "don't feel that way/Ken wouldn't want you to feel that way".  I think I'll post that one on my Facebook page.

Thank you so very much for sharing the words and the sentiments that describe grief, loss, and bereaved folks like us. Beautifully said and very heartfelt.

I have copied both these posts and will share with my family in hopes that they get some idea about what it is like to survive the love of your life.

Be well, all of you here.

One last thing...I have always kept a sort of journal,many books, different  places,and years..but in every relationship..there are some rough patches..and I found a journal I wrote a bit in the mid 90,s...which wasn’t always the best time in our marriage. I was angry and in menopause, andBob was drinking...and I wrote about some of it.

i had forgotten some of this stuff, and was shocked when I read it. It was like a glass of cold water tossed in my face...when I read some of it,I remembered the anger, actions..I DIDN,t want to remember...it had turned out so well...but I was shocked, then angry, and I wish I had never found it, or read it. It was only a few pages, and I will be destroying those pages, but I don,t want to read  them again...but I have to go through to find and destroy the bad parts.cuz some of the journal are things I do NOT want to forget. What a quandary.

Thank you Deb. Yes it does. Pleas, everyone, I posted a link just now, to a place I found that decsribes Widow/widower Brain...a phrase I had heard much earlier..but never had the courage to look up. When I finally found the link  below, and read it..it was like someone was inside my head. They were describing ME to a tee! I urge u all to read it.

I WASN’T CRAZY! I am going to get my brain back! Last week was a grueling, busy horrible yet wonderful week..I noticed that few posted then...we havealmost purged 3/4 of the stuff inside the house! My daughter, Melinda did it all. I still have many things to go thru...but finding that article, having so much cleaned up...and one other thing which I will mention, has given me hope, lelssened my FEAR...and I know I can do this now.

the other thing that happend: in the late 90,s my mother, who never really liked me, had to be put in a home. My brother took all this on alone. I was so full of anger, that I wan,t there for her or him.she died in 2001, and I DID plan her memorial, but .for over 26 years, I have been riddled with this HUGE amount of guilt. He is a wonderful human being, was always  a great brother, but I had a HUGE amount of guilt for rarely visiting, not measring up, etc..so we were speaking on the phone a few days ago..he lives in CA, and I started in again, on I AM SO SORRY etc that I was never there for him while mom, who always adored him, (but me? Not so muc..at all) I kinda dumped my whining, broken record saying  it all again.I was sorry.bla bla blaa..and he started laughing!

So i guessed what he was going to say “GET OVER IT?” I said. He replied: “YEP” and laughed some more..he wasn’t angry at all, that I wasn,t there to help...He had forgiven me long ago, and DIDN,t even think I NEEDED forgiveness!!!!

I was stunned. I had carried this weight of guilt for so long..thinking I was a horrible person to my brother, one of the most decent people I have ever met, let alone be a sister to! This was HUGE! I felt the albatross*.  being lifted off my neck...and that night,  I started to remember things..where I put something, someone’s name, etc. That small act of forgiveness, which I had thought of every day, and he had let it go at the onslaught, was a ticket to retrieving my sanity...

* Albatross...a large bird considered good luck by ancient seamen..and the subject of a poem The Mariners Tale..or something like that..good poem.

this says it all 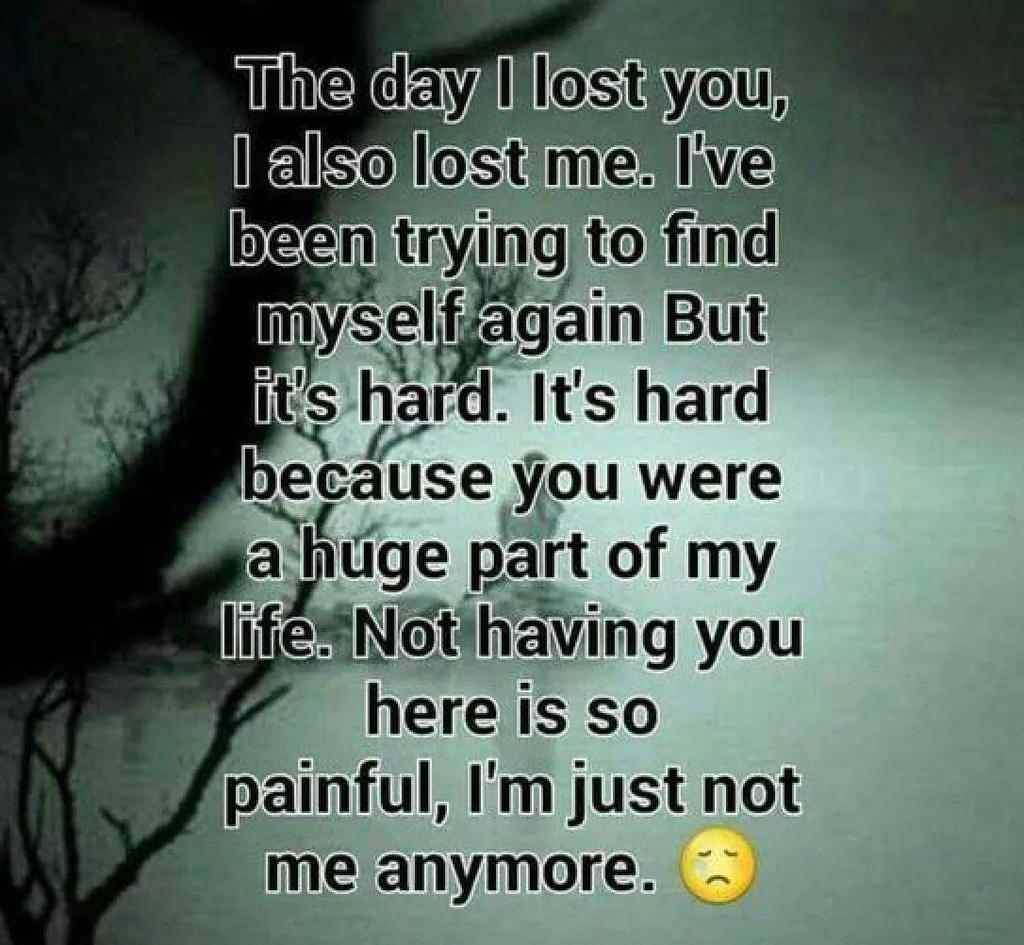 That was beautiful Steve. Thank you!