Who is there for us??

Looking for people who can understand my loss

Hello, my name is Amanda. I lost my partner over 3 years ago. It was a sudden and unexpected loss. I'm still grieving and struggling with it. I came on here hoping to find people who could understand…Continue

Lost my ex girlfriend to cancer and a brain aneurysm and it burst. Was with her many years, having a very hard time moving forward. You see she called me and died on the phone while we were talking,…Continue

https://www.facebook.com/groups/LGBTgriefsupport/ Last year, one of the folks here, Niel, was looking for a more responsive and easier…Continue

He saved me - now he's gone who will save me now?

I already know the textbook answer is that "I must save myself."  So for me those text book answers seem so impossible.  in June of 2007 I met Richard - and we were never apart until he passed on…Continue

You need to be a member of Gay and lesbians who have lost partners to add comments!

Comment by William Kotowski on August 28, 2011 at 7:41pm
My partner died the morning after Thanksgiving 2010, in our bed, unexpectedly.  We met 23 yrs ago when we were both 21. We were together everyday after that day.  I have everything I ever wanted except my best friend and lover.  I tried to find a gay support group for widowers in my area but found nothing. Not even the Gay Crisis Center! Everything & one was about seeing a therapist which I already do, but I want to talk to gay men that have lost their soul mate.

Mike, as with everyone here, I am very sorry for your loss.  My husband and I also had a bit of an age difference between us.  We were also home-bodies who enjoyed spending time in the pool reading, cooking, entertaining and just spending time together.  The massage/yoga released so much that I didn't realize I was holding in.

My husband took his own life on June 7th.  He had been depressed off and on over the years that we were together, but I had no idea he was in such a pit of despair.  That fact alone makes this all the more painful.  Not that any of our losses is more than the other; it just makes each one a bit different.  No one can truly understand "exactly" what we're going through.  We do, however, have similarities that we can build upon and help each other.

I read "Good Grief" by Deborah Morris Coryell.  It was a very good book and one I recommend.  In it, she talks about that empty feeling that we suddenly have right at the beginning.  Where it feels like you've been shot through with a cannon.  Her description of the cause of this was very profound to me.  She says that this is caused by the vessel holding our divine spark suddenly shattering and releasing that fire.  Throughout our relationships, that slow-burning fire is our love for that other person.  The sudden loss of that person seems to suddenly release that fire, leaving a completely empty space which is physically felt.

I know that I am going to have a lot of bad days in the coming months.  I know that I am going to have some good days scattered in there too.  The memories of all those times we shared fill the good days.  The finality of the situation feeds the bad days.  Everyone says that it will get better as time goes on.  Right now in my emotional state, as I'm sure you feel as well, I don't believe them.  But there has to be some kernel of truth in there otherwise the saying wouldn't have lasted all these years as it has.

When I was very young, I was a singer.  Not professionally, but I was always in choir and always singing at every opportunity.  In my late teens I stopped altogether because someone in my life told me I wasn't very good.  So I never sang again.  That is until my husband, Barry, heard me singing quietly to myself one day when I was cleaning.  I didn't know he was home.  He pushed me to start singing again.  He would pick songs for me to sing around the house for him.  He encouraged me to go out and sing at karaoke.  I eventually found my voice again thanks to him.  Every song I have sung in the last ten years has been for him.  The day he died I swore I wouldn't sing again.  Then last week, for no apparent reason, a song caught my attention and spoke to the heart of me.  I got home, found an instrumental version on YouTube and recorded it.  I posted it on my YT channel with a message of thanks to Barry.  Each day, there has been another song that has demanded to be heard.  So I record them and post them.  Each one has a message of thanks attached to it.  I finally got his suicide note from the police on Monday.  In the note he thanks me "for the music and the memories."  I know now why these songs keep appearing each day.  It's just another sign from him.

This post has gotten incredibly long, so I'll end it here.

Comment by Mike Pankow on July 11, 2011 at 9:56pm
Hi Christopher!  I lost Bill on June 14. I am 53.  I met him in 1978--I was 20 and he was 49.  We broke up several times by 1986 but we got together then for good.  Despite the age difference we had a great life together.  We loved our house.  We were not really part of the so-called "gay community" but we loved our home and we loved to entertain.  It all seems so pointless now.  I know what you are saying about the bad week and a half.  Of course, we are all different, but I read that you are  better for a while and then you realize that this is so final.  I hope you continue to do as well as you can.  Whether the massage/yoga thing helped or not, it shows that you are trying to go on.  I guess that's all we can do!

Comment by Christopher Ruggles on July 9, 2011 at 12:04am
I've been having a particularly bad week and a half.  I had a deep tissue massage followed by yoga two days later and the combination of the two have opened this Pandora's box of emotion that I just can't control.  I know it will pass, but right now, I feel like Jekyll & Hyde.

I join your group, because it is important to give more attention to this subject. To support everyone who lost a partner, friend.  I read "your story" jeanne and i feel sorry about what happened to you ! thanks for sharing it.

woooohoooo :-) what time's your flight? 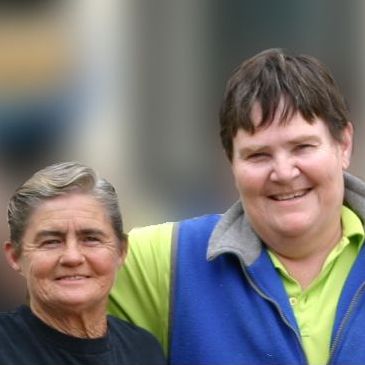 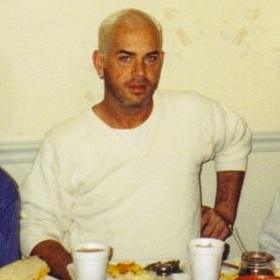