When friends start avoiding you after you lose a loved one. 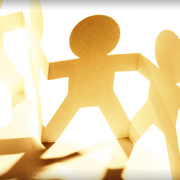 After my brother passed away, my friends seemed like they cared for about 3 months. Now, they avoid me and hardly have anything to do with me. I wanted to start a group for this because I have heard that it happens a lot. It is so hurtful when we are already mourning a loved one, and people that we need the most, abandon us in our darkest hour. Also this is a good place to vent about what you have experienced because we can just let it all out.

A friend who is always there!

There are several reasons why friends fade in the background after a while.  Some don't know what to say, or do and they feel lost.  Their hope often is the fear of saying the wrong thing, so the…Continue

You need to be a member of When friends start avoiding you after you lose a loved one. to add comments!

I have been feeling this SO MUCH as well, especially lately.  My mom died 3 years ago after a 15 month fight against cancer, and immediately, I realized who my friends were, or should I say "weren't".  My best group of girlfriends never visited once or called to see how I was doing.  In fact, they (who met and became friends through me) just partied together and became closer to each other, while I was fighting for my mom's life, then grieving in my darkness alone.  Just last week, I met up with one of them, and she was talking about her birthday party two years ago, and says, "I can't remember why you weren't there."  I replied, "It was "prob" because of my mom..." to which she replied, "Oh, yeah, it was probably that" and continues on with her story!  I also told her that I was going to Grief Counseling, and she looked perplexed and asked "Why??"  Are you kidding me???

And now looking back, it wasn't only my friends, but surprisingly my family as well.  My mom's family is large, I have 10 uncles and aunts who were all very close with us.  However, none of them seem to have the forethought to care to see how their sister's daughter has been handling her mother's death.  I barely see any of them, and those few times I have in the past 3 years, there's almost no talk of my mother, unless I mention her.  They have told me "to get out of grieving" or "at least you have a great husband [so you're lucky/should be thankful]".  Though I try to rationalize it, everyone's behavior is shocking to me.  I keep thinking how if the tables were turned, my mother would take their kids in with loving arms and always make sure they were ok.  I am so bitter and angry.  I feel so uncared for.

C.J. I am so very sorry about your son..it is always such a tradgedy to lose a child or sibling....No you are not the only one, at first when this happened to me, I thought I was the only one as well..People told me there were going to be there for me and after about 3 months everyone dropped me friends family acquaintances..very similar to what your friends did to you. You don't sound angry, just frustrated. It is ok to be angry and frustrated after you have lost a loved one. I have been so angry that I did not know if I was going to recover..I have noticed the anger comes and goes now..like a storm. When the anger goes, then the sadness comes back in like a tidal wave. About you getting that money, I just think its sick how people can be so greedy especially toward a person that is grieving. You need every penny of that money to do with it as you wish...it was the least they could do to give you that money after your beautiful son lost his life that can not be replaced. You are not selfish at all, you love your son. I don't know if we ever get better either, sometimes I think my grief is going to kill me...it can just be very intense. Just know that I am here and you can talk about your son as much as you want. Don't hold anything back on here..I have found that we can vent on here and loving people will respond. Here is something a lady once told me.. she helped me more than my "friends" that all dropped me.

"I know it will lift. It is hard to fathom now when each day and night drags on infinitely empty, with no end to the pain in sight. But it will gradually ease, and you will smile again, laugh again, love and be loved again. Now, all you can do it give in to the pain. Grieve fully and deeply, and when the time is right, the pain will let you go." -Joan L.

Comment by cjohnson on December 12, 2011 at 4:36am
Oh my goodness i thought i was the only one who has had friends,family and neighbors avoid me like i was the plague. i lost my 22 year old son December 2, 2007 it was four years ago last friday. since his death none of my friends call or come around. even though they to said they would be here for me any time day or night. i dont even have family members call or come over, i am so angry because its not like i talk about my son every minute of everyday. i learned after i was told , 6 months after his death that i needed to move on with life and that i was being selfish because life doesent stop and i have other children. and It makes other people uncomfortable.My brother told me the reason he doesent come around or call is because he couldnt stand to see me cry. of coarse i dont buy that for second now.
Everyone swarmed around me when they found out i was given over 500,000 from the Army and they couldnt wait to get there hands on what i call"Death Money"because thats what it is to me.im sorry im too angry still. i sound bitter. anyways im new to this sight and im sorry for all your losses. i do understand and share your pain. i dont know if we ever get better. we just learn how to exist

Thank you so much Jared for your kind and insightful words. Everything you said is so true. I am glad that I am not alone in this and I have heard that this happens to so many people. I am so sorry about your brother..I lost my brother suddenly as well and there is no pain that I have ever felt like this.

It seems to be a common theme for those who have lost a sibling to soon recognize that their friends have all vanished.... almost like you didn't notice until all of a sudden you were alone. I used to have friends at my house 24/7. Now six months since my brother's suicide and I find that I have 1 friend and 1 roommate who still hang around me. I can't really explain why they would do this... at a time like this, but this is what others have told me.... they dont know how to deal with you, they dont want to sit around and hear about your brother or your loss or even just you being in a somber mood. I'm told in general, our society doesn't know how to handle death  in these ways... but none of this seems like a fitting answer. I personally dont care if they are comfortable or not.... it's not like you are comfortable or want them to deal with your loss. A real friend would learn about it (with you) and help you learn and trust in your new life. HUGE Transitions follow such a loss... you deserve to have friends there to help when you fall out of your comfort zone.

So, no answers but know this happens to a lot of us. You just need to focus on a FEW close friends and accept that the others who have abandoned you, have done just that,. They must not be a part of this next section of your life's journey.

You aren't alone. You got me and thousands of others to be here for you!