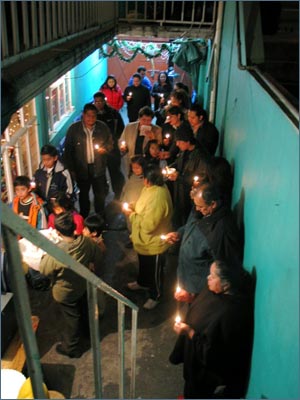 I frequently speak with people who say they do not want any services held when they die. One woman in her 90s told me just after attending a service for a friend, “That was a really nice service, Sarah, but I’m not going to have one of those when I die.”

I smiled as I replied, “Eunice, you won’t be in a position to have much to say about that.”

I went on to tell her that her family would need it and so would many of us in the congregation, and we would want to hold a service. She and I have both affectionately retold the story of this conversation – she to reaffirm her initial desire in spite of what others do, and I to make the point that the ritual is not for her but for those who love her, will miss her, and must go on living without her.

Eunice says that she just doesn’t want anyone to make a fuss over her, and she means it. I believe that most people who choose to avoid ritual, however, do so for one of two reasons. Either they do not want to deal with the emotions that are evoked by death, or they cannot conceive of a ritual apart from a traditional religious context that is not relevant for them. In some cases, they may be very private individuals who have never liked the idea of having people talk about them “behind their back.”

Whatever the reasons, they are not sufficient. No exceptions. No matter what the circumstances of a life or a death, there is no reason not to mark the occasion of death with at least a simple private ceremony. Thus it is that I always counsel families to consider, with love, other ways to respect the intent of those who have requested “no services.” Then we work to create a ceremony that will honor the person who died while giving the family an opportunity to celebrate a life and mourn a death.

“Give sorrow words,” Shakespeare admonished. But how do your begin to think about planning for a ritual if you have no religious tradition or perhaps even a distaste for ritual in general? If you are alienated from your faith tradition, how do you draw what is still meaningful from it and include it in a personalized ritual? How do you create an appropriate context to “give sorrow words”? The thought of taking on such a task is daunting enough. Add to that the fact that many deaths occur suddenly and without warning, requiring that some of the arrangements be made within a matter of days.

The fear of taking on the responsibility for a ritual of death may be the greatest of all obstacles to be overcome. The best way to overcome the fear, however, is to do it, finding others who will help. Your confidence comes as you realize that others have done this and you can, too.

What is important is to find the appropriate level of comfort and participate according to what feels right. Too often participation of family members is minimal. Opportunites for ritual that will help them grieve are missed. It is just easier to leave it up to the professionals – undertakers, ministers, health care workers – to take care of everything.

Most of what I know about how to create a memorial ritual I learned when I was thrown into the waters of that first year of ministry. When I suggest here that a person doesn’t have to be a minister to do this, I am saying that this is the heart of life; it is where we all live. This is our spiritual work – to mark our losses and celebrate our love. It is not the work of funeral directors and ministers – it is the work of families and friends. We who are the professionals are there to assist them with their work. It is to people like Ruth’s daughter and Jane’s friends and family that I offer gratitude, because they have known that I am just there to help them do what they have to do.

Through the years, I have learned from many more families. Some of the rituals we devised grew quite naturally out of the rich soil of memory. Eleven grandchildren gathers at one memorial, and while the oldest grandchild read a poem and shared some memories, the other ten all lit candles. Another family provided flowers at the door of the sanctuary and invited everyone who entered to take a flower and put it in a large basket in the front, thus creating a community bouquet. At the end of the service, each person was invited to take a flower from the bouquet.

For a woman who had been devoted to world peace, the space was decorated with international flags.

For a man who died of AIDS, a beautifully crafted panel for the AIDS Memorial Quilt was on display. Candles were lit in memory of others who had died of AIDS.

For a woman who had been a poet, a booklet of her poetry was put together and offered to friends and family who came to the service.

Form follows function. If we want to celebrate a life, the possibilities are endless.

Music, of course is a universal medium for ritual. Too many people neglect to participate in this aspect of a memorial and let a funeral home select music for them. My experience is that funeral directors will work with families to give them what they want. There is no reason for not taking an active role and selecting music that contributes to the mood and meaning of the service. Bach may be perfect for one person, the Grateful Dead for another.

Yes, this is that family’s work. If a person thinks to leave behind some requests and instructions, that makes the family’s work easier. A member of one congregation, for example, asked for several selections of Beatles music to be played at her service. She had written a poem to her family that she wanted me to read. She left the rest up to us.

If a person doesn’t indicate any particular wishes, however, that makes the family’s work more meaningful. It invites family members to talk about what they need to do and what is right. It invites them to participate – to give sorrow words and music and gesture.

As they participate, they remember.

As they remember, they grieve.

As they grieve, they love.

Related articles:
• The Purpose of Grief and Mourning
• Creatively Coping With Grief
• What is a Memorial Service?
• The Value of Reminiscing

Comment by Victoria Lloyd on April 10, 2009 at 7:01pm
We lost our son in 2005. I have still his legacy in Legacy.com. I write in it now more than anyone else but i do know there are family members who still read it. Occasionally, there will be a new writing, posted. So, I know our son, Jeffrey is not forgotten. He will never be forgotten by his immediate family. Please understand our grief of loosing him will always be. He was just a month away from turning twenty-one. Jeffrey is loved and missed more everyday.
Thankyou for, "Are there actuall stages of Greif? Legacy Connect.
I sincerely appreciated reading it.
The mother of Jeffrey Lloyd, Jr.
Victoria Lloyd