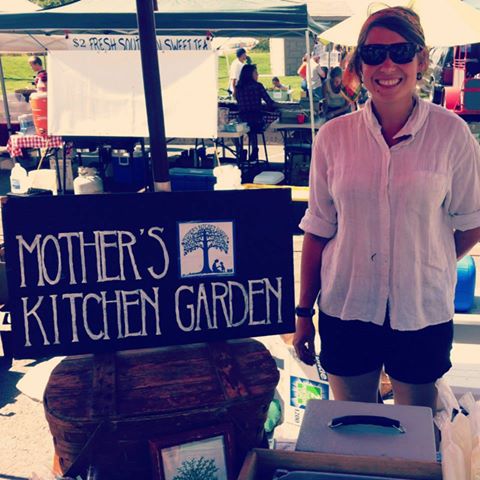 Lynn, this is a really lovely lovely photo of your daughter. How impressive that she was selling organic baby food at the farmers market.

I went to a bereavement group with most people who lost a spouse or parent. One woman had lost her husband and it was fine until she was discussing her alcoholic son who she enabled. She was consumed by him. I stopped attending. There were a couple other places I was actually invited to but didn't go because of the distance and also the cold weather. I write articles for my garden club and also place in photos in 4 newspapers and local TV. It's still difficult getting new members with all of the advertising. Nonetheless, last time the local community newspaper place in my article I saw directly under my article an invitation to attend a bereavement group from the church my son had made communion and confirmation. I left a message on one woman's telephone and another one telephoned me. Two women who are in the bereavement group from the church both lost a daughter. It will be limited to about 8 people. I just hope everything else that has gone wrong for me starts to work out so I can attend. They say when it rains it pours. It's spring and it's about time things start to get better so I'm not so anxious about life and all that is occurring. One person I met told me to go to a group with only people who have lost children. I really don't want to drive an hour away. Especially since my car needs repair and I'm hoping it can be fixed. My husband ordered the part. Then I need to call a doctor for my leg for propolotherapy. I wish that was all there was but there's lots more. As I've heard said "inch by inch anything's a cinch." And "Tough times never last but tough people do."

So hang in there we have all been where you are now. I'm not going to let life and all that keeps pushing me back allow it to make me give up.

I'm thankful that at least I had one child because without him I never would have experienced the things I did. Take care of yourself. And be good to yourself too.

Comment by Lynn Williams on February 18, 2014 at 12:59pm
my daughter selling her organic baby food at the Missoula farmers market 8/17/14 three hours later she died in a car accident.