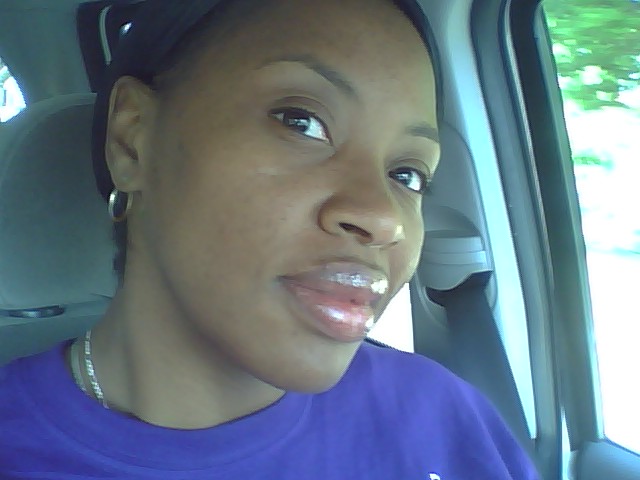 The lost of a sibling

On 4-11-2003 I had the worst day of my life, yes I had seen many deaths old, young, cousins, aunts, uncles and friends. But not the closet and I never dreamed it could be possible.... My 18 year old brother was violently killed. His life was ended by the hands of another.... and no one to pay for it. My family was shaken before that but it nearly rumbled when he died. I did not think the pain I felt was a part of human kind.... yes I seen death plenty times before... but it never hit home like this. See I partially raised my brother... it goes like this. I had a child at an early age and my mother was pregnant as well (yes I hid mine until there was no more hiding) anyways she raised us all. So my brother was six months older than my son. So when I became an adult the tables were turned and for family reason I was left to raise the kids including my son... So my brother was like my child. Before he died I had a dream, the dream consisted of four men being blown up in a car accident (my four brothers) one died and the others survived... The very next day my brother was killed. I dont believe in dreams but this dream was revealing. I could not see who died in the dream but it sure became a reality the next day and I was clearly able to see..... My mother it was so hard to see the pain she went through... I often go to the cemetary to just chat its a way of coping for me.... I sometimes just wonder why even though I know that our destine is set by the Lord... its still so hard to understand this thing called death... How could a person hurt so bad... I tried to put in my mind that my brother moved away and we just dont get to see one another as much as we like (see its true with some families) but then I start to realize that the not so often visits are really NEVER that is until we meet after death. Its the hardest thing to deal with and still be a good person, life for me is hard as i try not to be sarcastic to people who take lives.... I find myself being so cruel towards a person who commits a crime.of MURDER... they are not just killing a person they are killing a family. My life consists of daydreaming, hopes that I know will not be, unexpectant cries.... I will be in my office typing and it seems as my brother will come across my mind for no reason and I am in tears.... I cant tell my co-workers for they may feel i should be over it by now after all its been five years.... five years only made me realize there is no time limit to healing nor forgetting... I loved my brother so much and would have in a instant gave my life for him.... he was a baby.... In my kids i see images of him, I know its a part of me that wont let go.... I say to my mother dont be afraid to talk about him, keep him alive but then i go home and weep like a baby..... I know that GOD places on us no more than we can handle and I understand this well.... I tell you I sometimes feel that the statement has got the best of me, wont lie felt like ending it all but I know I would cause the same pain that those MURDERS cause me and the family to cope with after the ruthless acts they pulled... and because I loved the family so and realize it is not the way to go... I just take one day at a time, and hope for a better day each night I close my eyes to sleep

Tootie said…
Hello Daisy, I pray the lord will give you comfort and peace that surpassess all. We are in this world but not of this world. Whoever took your brothers life shall suffer to be carnarlly minded is death Romans 8-6, but you "maintain" your love for God because to be spiritually minded is life and peace. Your brother lives through each and everyone of you, try to find peace in that. The pain of the world will cause us to experience strief and bitterness, things that will only hinder our ability to have inner peace. You sound like a beautiful person with a "testimony" to share. Your testimony can be someone else's breakthrough. It's ok to cry because crying is a process of "healing" cleanse your soul and take back what the enenmy tried to steal from your family. You are a child of God.

Thomasine Smith said…
Hello Daisy,
Thought I would write to share some encouragement with you. Take your Bible in hand and read Revelation 21:4-5. Yes this scripture is for a future time, but can offer encourgement now. Read it and tell me what you think. Take care and you are in my prayers.

Thomasine Smith said…
Daisy
After reading your story I just had to write. My heart goes out to you. My brother died about 3 years ago and sometimes I just want to hear his voice or just share something with him I found funny.

Like you I find that some days are better than others. But I try not to forget what is written in the Bible at Ecclesiates 3:1,4. In part it says "For everything there is an appointed time, even ... a time to weep." So, if I feel like crying I do. I try not to let it over take me, because like you there are many in may family who depend on me and I would not want to bring sorrow or be the reason for their grief. However, I've learned to take a little time out for myself. Maybe I read or just simply think. Sometimes it's hard to hide the fact that I'm sad and having a rough time of it. But I have learned not to be embarrassed about it. After all when Jesus' friend Lazarus died the Scriptures said that he "gave way to tears." So, crying is a natural reaction to grief.

Take care of yourself and I'll write again.

ingrid Mapson said…
Just signing on for the first time. Daisy..... u are going to be alright! Trust me... u will be alright. I suffered a loss of Someone back in Feb 2008. I was close with that person, but at the end, other's stepped in and stripped my heart like a horse being broken. No one really ever knows what lies ahead for them. We just have to wake up every and I do mean every morning and say, Thank You, the Almighty. Trust me, every thing will fall into place. It doesn't Happen right then and there, but you have another day to cherish the Good Times, you hear me!!!!! the good times. You are going to be just fine... God's speed.

Tammy said…
Daisy my heart aches for you. No one should have to lose a person to a violent death. It is just heartbreaking. I wish i could wipe your tears, as i wipe mine. Death doesn't discriminate, it touches the old, young, sick and healthy. It is just awful. I also find myself comforting my mother, as she lost my sister and then i got home i cry myself to sleep. I don't know if i will ever be the same Tammy i was before David and my sister died. Tomorrow June 4 would have been my sister's 43rd birthday. In the past, we would go to her house to celebrate her bday, instead i will be going to the cemetery to place flowers and balloons at her grave. Daisy, i hope you are ok today. I am alive, that is all i can say, because my heart continues to be broken. When i buried my sister and then then my husband, a piece of my heart remains with them. peace to you Daisy

Elaine Banks Phillips said…
Dsiay I might have responed 2 times to you.

Elaine Banks Phillips said…
Daisy I lost a brother but my oldest brother who took the place of my dad after his death. My brother died from diabeties not violent. But it still hurts. Speaking of a dream my son Kris who was killed in a car accident 2yrs ago had a dream of my dead brother,uncle, and my father standing at the foot of a bridge. He stated my other brother was with him,he turned and said oh look at uncle Wayne,PaPa and grandma waving and talking to us. My brother told him I don't see nor hear them. Kris told me this dream,my comments was you better stop answering the dead boy. Not the next day but (3) days later my son Kris was killed instantly in the car accident. I don't know if this was a sign for him. I said to myself alright Ella leave my child alone. This was my mother name. When my mother and father died I use to get very angry to see my parents neighbors still living and was much older than my parents. To me Death brings you to a different level of thinking and feelings. I acepted my 1st child,parents and brother death, but this last death did it. I don't know why and how this son death took me to the level that I had a Brain Aneurysym. I couldn't sleep at night,crying,taking sleeping pills that was not helping at all. I'm still at night can't sleep,up all night,losing weight,gaining weight. I tell everyone how my heart still aches. I pray and ask God to let me see my son again only if it just in a dream. I have not dreamed of my son since his death. everyone dreams of Kris but me. So I am taking this one day at a time,praying and asking God to heal my heartache.

BarryWHK said…
I could not have stated it any better. Thank you again, Daisy. Barry

Daisy,
Thank you, if you're the Daisy (Legacy Connect with the photo in blue) who signed the Guest Book at http://www.harnamjikopler.com/. I really appreciate the kind words. It lets me know whether I'm doing something right or not. If you feel anyone else can get something out of website, please share it with them. Thank you again. Barry

BarryWHK said…
The loss of my Mom and Robert is just barely over a year and I've cried every day. I've cried more over the past year than I've cried my entire life and I don't even mind admitting that to anyone, anymore. I just don't care what anyone thinks anymore, either. My life is .... well, anyway..... I'm just lost. Daisy, I've felt all the things you mentioned in your story and I've even had some of Robert's family think I should be over him already, which I could not believe. Robert and I were together 22 years. That's a lifetime, as far as I'm concerned, and if I never get over it, it will be too soon. I admire your strength and fortitude. Thank you for sharing your stor