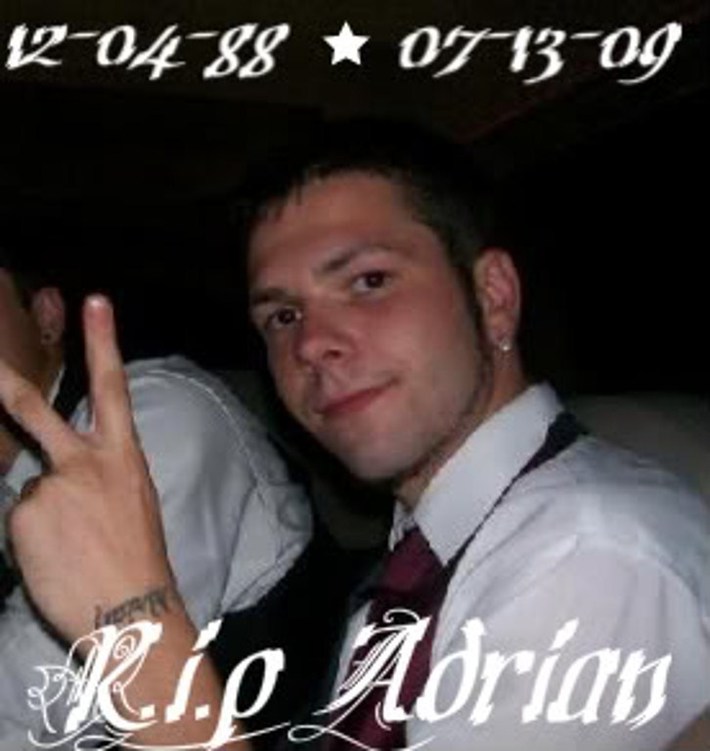 
Adrian Boortz (1988 - 2009) Share E-mail
Adrian Boortz, 20, died Monday, July 13, 2009, at a local hospital.
Funeral: 12:30 p.m. Friday in Moore Funeral Home Chapel. Visitation: 6 to 8 p.m. Thursday at the funeral home. Interment: Moore Memorial Gardens, Arlington.
SECOND VICTIM OF WEEKEND CRASH DIES
The second of two pedestrians who were hit by a sport utility vehicle during the weekend died Monday evening at Harris Methodist Hospital in Fort Worth. Adrian Boortz, 20, and his great-grandfather, 78-year-old Floyd Boortz, were struck while trying to put gas in their van on an access road on Interstate 30. Adrian Boortz' girlfriend and 2-year-old son were in the van at the time of the collision but were not injured.

Out of Gas and Out of Time

July 13th, 2009 | Author: admin
A minivan ran out of gas on the I-30 last night. They pulled to the side of the service road where a Good Samaritan pulled over to help them. They retrieved gasoline to refill the minivan, but that is when tragedy struck.

Two of the men from the minivan, which also had a woman and child inside, were filling the gas tank when a Kia SUV exited the highway moving and struck the them. Then impact was enough to cause the minivan to hit the Good Samaritan’s car ahead and up over the guardrail.

The impact killed Floyd Boortz, 78, and seriously injured a 20 year old whose name has not been released.

The 20 year old woman was not injured and both her and the child were taken to the hospital for extra checks.

It is unknown as to why this tragedy happened. Drugs and alcohol do not appear to be a factor. All parties were covered under insurance
"adrian"
Create a free slideshow with Picnik!

Alicia Rodriguez said…
Hi Dabra thinking of and pray that you're doing as best as you can im doing the best i can just thinking of my beloved jesse.that's about all i can do and pray I'll one day be with him Hugs to you Alicia Jesse's Mom

Alicia Rodriguez said…
So sorry for you're loss. I lost my beloved son jesse on7/12/09. He died in hospital. God Bless you. ALICIA JESSE'S MOM

victoria, Justin's Mom said…
I am sorry for your loss, Debra. My 28 year old son died in a single auto crash on July 12, 2009. I found him in his wrecked car on July 15, 2009 after he was missing 3 days. I am afraid I can't offer you any advise, just sympathy and understanding. I try to be as spiritual as I can about his loss. I try to imagine his spirit is here with me at times. I don't think I could endure if I thought he was just over and I would never see his sweet face again. He was my baby and we were always close. I am so sorry about your Adrian and I DO know how you feel. Victoria, Justin's mother

Vickie Clampitt is now a member of LegacyConnect
yesterday
Welcome Them!