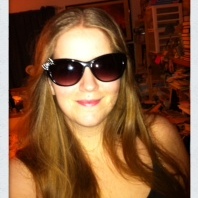 This is why I am here... my brother,Tom, died minutes after being rescued from this over turned pick up truck. Tom was 39 years old, on his way to work in his Ford Ranger pick-up, on wet hilly, curvy, possibly icy roads, only about 2 miles from his house, when his truck went off the road, flipped twice down a culvert, hit large rocks, and was trapped for 45 minutes upside down until they rescued him. Tom was conscious and talking, with no visible injuries when they found him. Shortly after his rescue, he died in the ambulance on his way to the hospital. This occured about 5:20 am- 6:30 am. Tom died about 6:15 am, April 23, 2012. It was a Monday.

We got the call from his wife about 9 am. My mom sat on the edge of my bed, told me to wake up because Tom's wife had to tell us something. "Tom was in a car accident...and he didn't make it." I can still hear the screaming, what didn't even sound like human screaming. I can still hear my own screaming, "No, no no no no no no.... He was coming in August!!!" Then I got very sick. Last time Tom was home was March of 2009. With many failed attempts, he had finally made concrete plans to visit in August.

Tom has seven children, all 15 yrs old and under. He is going to miss so much. Tom was an Eagle Scout, high school graduate, went into the Navy for 12 years after graduation, was working on his college degree off and on after leaving the Navy, and had so many plans, hopes, and dreams left unfullfilled, when his life was cut short. He had a lot of living left to do, and had sacrificed so much in his lifetime. Lifetime, doesn't even seem like the right word, for a life so short.

I'm so sorry for your loss, I'm here if you ever want to vent

I haven't seen you online in a while.  I'm kinda' worried about you.  Hope you come back, and things are okay..well, as okay as can be expected anyway.

With love, and big hugs,

so sorry for your loss Liz. its great we have pictures to look at over & over again. i look at pics of my brother & I all the time..kinda keeps him in my life...

Elvis..oh yes..we just took a trip to Graceland, and I am an Elvis nut!  It's so good to have the memories isn't it?

Great to hear from you again.  You hang in there too okay?  We have to do it for them, and the ones left.  Boy..am I trying!

You are right about the people at Church..they all did look at me rather strangely, which made me uncomfortable, but I dealt with it as best I could.

They offer their words of kindness..they try..but it still doesn't help me one bit!  Nothing helps me right now.  Except smelling his shirt still...and holding our picture.  GOD..why?  Some say don't ever ask why, but how can we help it?

hi liz...how are you coping with your siblings' death?i lost my lil sister with her lil angel in her womb last saturday and feel so devastated,depressed and heartbroken...i dont know if i can go on with life...ilove her so much...i joined this group because i felt i needed somebody who can understand what i feel...please help me..

i hope your doing okay i know its hard its for me to would you be interested in swopping numbers to help each other thru this ? and hopefully become friends

Oh my goodness...so many small children, and yes,  that has to be so much harder for all of you to handle.

Did you find a quilt yet?  I am also looking at them.

I have wondered why I didn't see you on here for a couple of days, but I guess it may have been we were on at different times.  I AM thinking of you.

We managed to get up and go to Church this morning.  I mustered up the energy..don't know how, but I did it.  It also helps that my husband is a Minister.

Of course, there were more tears, and I left with mascara running down my face and feeling worn out again.  Chad would have said the mascara looked like "gravy"  under my eyes.  That was just his sense of humor. :)

Please, lets keep stay in touch.   Really feel a connection with you.

I just read your post about your dear brother.  I'm so sorry for your loss.  I know how it hurts, and I know we are all hurting here.  You are one heck of a sister..I DO know that, and I am here for you.

Liz, he had children right?  That makes it even sadder.  Again, I'm sorry.  God be with us all.