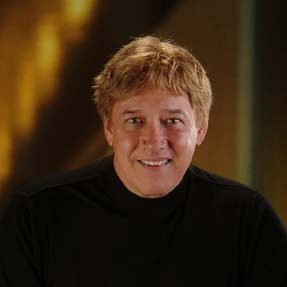 Drew and I met on May 7th, 2002 in Boston - via Match.com.  He seemed likeable enough and we agreed to a second date, and within a month we were exclusive.

By the time he had to change apartments and decided to buy something in Boston since his apartment was going condo, we were definitely a couple.   A few years later, partners.

I maintained my New Hampshire home and address since I traveled for work (no income tax in NH) - the moment NH legalized same sex marriage, we tied the knot (January 2, 2010).   We honeymooned in Paris the week previously.

He had intelligence, looks, humor, and an outgoing personality.  I year or so ago, some strange incident befell him overseas - virus, mental breakdown, combination - we never did figure it out.   And we spent a year in and out of hospitals, rehabilitations, etc., very nearly losing him on several occasions.

But Drew was strong and would bounce back, enough that he landed a new job (no more international) and life was returning to normal.

But normal was not to be.  I was overseas when his communications "went dark." He was in Boston, so neighbors checked and thought he was OK.   When I got back, it turns out they were wrong:  he had taken a fall of some kind, and the coffee table won.   I doubt he ever knew what hit him.

For me, of course, the situation is surreal.  You know when you marry that one of you is likely to go through this, that spouses rarely die together.   You just never think it'll be you doing it, and you 'never think it will be this soon - it shouldn't have been this soon.

You ache, you ponder, you hate the universe, you look back on your life, you wonder what you could have done differently, but in the end you realize - or you try to accept - that what is done is done.

I have lost both parents, so I understand grief, just not at such a personal level.  I know it's a process, and I know it's not instantaneous.  Some days are OK, some are not - it's like when I lost my father, I don't remember the day when I actually stopped missing him.

You never really do stop; you just get back to the work of living.  You compartmentalize what you can't change, celebrate what you had, and move beyond what you no longer have.   Maybe you meet someone else; maybe you don't.  Just like a favored pet, you can't simply replace one lost with something found.

So that's my story.

Thank you,Richard,
Your message was well-thought out, and one that could only come from experience: you've been there and back - not as the same person, but as a stronger more resilient person.
Moving out of our house was the first thing I HAD to do because it was ours and he was everywhere. I could not change it back as mine. I still can't think of myself as a single individual.
Even though my move to live with Dave's daughter has proven to be a mistake, I still can't go "home" again. I am forever changed, homeless and lost without Dave.
Of course my story is not unique - there are many similar and many worse than mine.
What is curious are the stories of finding that other person "dating" after a reasonable time. This has (almost) never occurred to me - Dave was my life, period. And frankly because I don't feel like dating material - I wouldn't even know what that would be like. Maybe in time, maybe not.
Anyway, it is one hell of an e-ticket ride (SoCal native)
- I'm still afraid of that next crisis. You don't know how much it means to connect with you here.
Thank you.
David

Thank you for your message, Richard.

I can't imagine making a 4 month mark, let alone 4 years - congrats for your tenacity. I'm glad that you have met someone.  I know that Drew will always have a place in your heart; it does not diminish him.

Yes, every one says that time is the great healer and it does get easier.  Right now I can't imagine it.  Last  night I was in a crisis; I was suffocating in my loss and desperately reaching out to anyone here who would listen, as this is where I have found care and understanding.

I'm afraid this will happen again and again as I am relatively new to my loss.  Is there a way I can find someone to listen on short notice?

Thank you again Richard.  I'm happy for your new life.

I'm new here and just now reading your touching story - it could be mine.  When my partner and I talked about the inevitability of our deaths, mine was on the table as I just had two strokes;  It never occurred to at least me that it would be his.  We would often talk about it in abstracts, and almost in a romantic sense that it was all nonsense, if we were to die at all it would be together in  sort of a pact holding each other like that elderly couple in "Titanic."

Real life is rarely that romantic :. His was in his own house in his own bedroom in his own room with me there to take care of him - sometimes that's the best that can be hoped for.

There are many things I would have done differently when I have the what ifs and the could haves, but in the final analysis, it was the best we could do in the real world.  I called his Doctors office a few days before his passing - something was just not right, and only I could sense that as we'd been together so long,  But it was treated as a case of the flu: have him drink lots of liquids etc... they would have referred him to Urgent Care, Urgent Care would have sent him to the ER; ER would have dismissed it as a virus,  so I try not to beat myself up - too much.

Bless and comfort you on your journey; I'm just beginning mine.

Lovely to receive your message. It has been a difficult year, and only by May I started to feel a bit better.

The holidays here have been hectic, firstly I decided to move, I didn't need to, but felt I had to. But it has proved complicated and I realized too late that I should have stayed put. Also the apartment that I owned with Bertrand will be finally sold at the end of the month and the final papers will be signed and then I can catch my breath. I also felt I needed to look after Bertrand's mother as all her own children except one visits there mother, so I have been going back and forth to her house and doing odds jobs during these holidays. This has been the hardest part of the holidays, my grief returns every time I am with his mother and I am at the house, I feel I cannot go forward, and feel guilty in trying. I know I will need to take some distance from now on and let her own children take some responsibility,  I need to move on, I will never forget the 25 years I had with Bertrand but I cannot live in them, and I think his mother wants me to stay in those years.

Like yourself I met someone in June, probably too soon, but I was terribly lonely, its not like with Bertrand which was love straight away, this is slowly evolving. He is older, and very different in many ways, so we will see how it all folds out. But it is nice to have someone to go out with to the cinema or to dinner and just talk again with someone. I was so nervous the fist time we went to bed together, I cannot say I did not like it, but it was different, its only now after two months I start to feel comfortable. He seems to understand my grief, and lets me talk about Bertrand, sometimes asking questions,  sometimes just listening.

I am still in my same work but feel I will change soon, I know I do not want to continue teaching, there was never really a passion, and with Bertrand's passing it just emphasized how I am not happy in my work. I hope the next year will clear up things and I will find solace as at the moment I have too many feelings. I am thinking of taking one year off work and just traveling and doing my studies, however I need to wait to the final selling of the apartment to really decide.

Things in France move very slowly, and it to do anything administrative has been very frustrating, I only just signed the final testament papers last week.

I have cannot honest say I have found inner peace, too many things are not finished; the ashes have not been thrown as Bertrand wanted his ashed thrown in a small village near Toulouse which is on the other side of France; the selling of the apartment will be finalized in two weeks and only then will I be calm; I am still waiting for the marriage posthumous that I asked from the french government nearly eight months ago, so it is still a waiting game.

Once again it was nice to receive your message, I think that only a person who has lost their life-partner can know how the other feels and understand their worries and fears.

Words cannot express how comforting your message was to receive.   I am so confused - I don't even know if the term widow applies to me as we were registered domestic partners but never married.   I was overwhelmed by his family when he passed - since I had never met them - so the reality took a while to sink in and absorb.   Now, it's just this numb feeling.   And the thought of dating again is terrifying.   I was at a friend's house on Saturday and a 30-something gay was on Grindr.   What the hell is that?   I'm not ready for the new realities of dating with the latest technology.   I found a grief support group at the gay and lesbian center here in Long Beach, CA.   The group meets once a month.   I found it very comforting but still - only once a month?   I just want someone to look me in the eye and tell me that it's okay to hurt and be angry and be sad and still think about living.   I have this strange feeling of guilt living while he passed.   I will be turning to the community.   Reading Mark's note below, you seem to have the touch for extending comfort through technology.

Mark Pace said…
Dear Richard, thank you so much for your response. This pain takes everythIng from you. I have found I cannot no longer concentrate, as there is a force behind that takes all my attention.
Life goes on, and I know one day it will get better, however after 7 weeks it is still so strong. So many things are still present and have not been finished.
With all my thanks
Mark