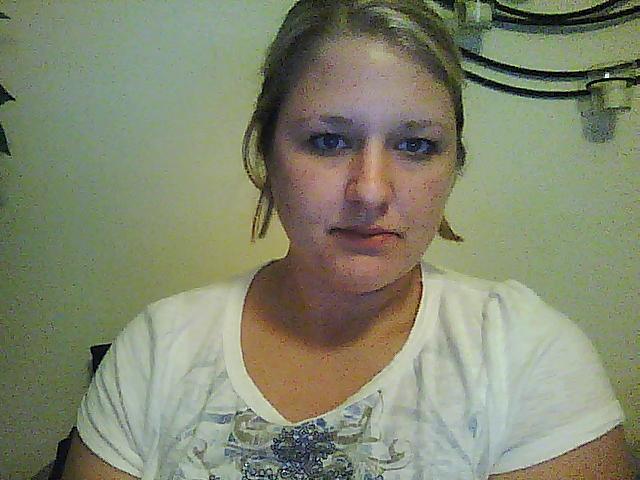 i miss my sister

she died of a drug overdose on 8/31/07. really i think she died back when we were graduating high school. we were both lost and didn't know which route to take, so we stuck together, but we went down the wrong road. drugs. lots of them, weed, ecxtasy, cocaine.
then there's the guilt from doing the drugs. then to quitting only to start using again and quitting again. well, that's how it was for me. she never quit. she had different tastes than i did. she liked Rx pills. i preferred weed. i always tried to get her to smoke, but she didn't like it. for 10 years she drank and took pills. she lived on her own the last few years of her life. had two jobs and went to college and so my mom and i thought she was doing better. she even told us that she quit smoking cigs. she met a guy through one of her jobs - she worked for habitat for humanity - he helped build the houses. my mom and i thought that she would turn her life around now that she and he were buying a house together and they were going to fix it up and sell it. she had good hopes and plans. then she lost her job at habitat, right before christmas 2006. we needed help at the dr's office i was working at so i talked the dr into letting my sister work there, even just temporarily. bad move. never should have done that.
one weekend the office was robbed. they took almost all of the rx pads.
only it wasn't "they", it was my sister. i had the most terrible feeling and knew it was her. then back at work, a pharmacy calls and asks about a patient, (of course i was answering phones) if a 40 year old woman was being seen by our pediatrician. um, hell no. and i told the pharmacist on the phone, no - we do not see adults. he said, that's what i thought.
the pharmacist said he was calling the cops so i knew that shit was about to hit the fan. why did she do that? she was tired of looking for her next high, she wanted to supply it. she ended up dying of an overdose of methadone, xanax and ativan she got off the street. the methadone is what she actually OD'd on. i don't even know where she found it. she wasn't at home when she died, either. at some guys house that she barely knew. she was helping watch his kids while he packed up because he was moving that weekend (Labor day weekend). he said he heard a gurgling sound from her sleeping on the couch, but that's all he heard. the gurgling sound was her lungs shutting down from all of the downers. he threw the couch that she was sleeping on away the same day. he said "no wonder she kept dropping her cigarette". a real asshole and i wish he were the one that died that night.

amy said…
me too. the next few months are going to be hard too. i have read that if you focus on the happy times then things wont seem so devastating. i am trying to do that, and do physical activity. i went on a walk this morning, then walked the dogs around the block, then i mowed part of the backyard (just part of it) and then i floated in the pool. i stayed busy but also exerted built up tension and stress. got a good sweat out. now i am tired and ready for bed but i feel like i have accomplished something today other than crying, because i did that too.