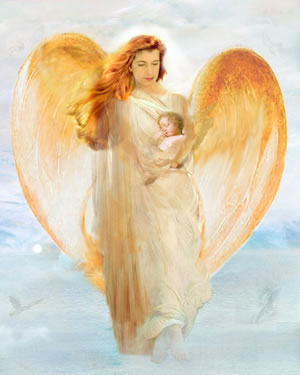 my mother was diagnosed with cancer in march 2008. i'll never forget the moment she told me. i felt crushed. at the time i was stationed on camp pendleton, about 2000 miles away. It sounded postive. After talking to friends and family, they all said she was gonna make it. Even the doctors said so.
In nov of 08 i deployed to Iraq. The only thing that kept me going the whole time was returning to my family. In june 09 i returned home. My family, mother, dad, sister and brother all came out to cali. to visit. it was a blast. it was just like the family vacations i use to take before i joined the corps. and the best part of it all, was my mom had beat it. she was cancer free. i was living large. it was the greatest period of my life. unfourtantly, it was short lived.
a few weeks later i went back home on leave. at the end of my leave, june 25, my mom got a call from the doctors. her cancer had came back. this time it was worse. it had gone to her stomach. doctors didn't know much. you'll find they hardly do. they said it could be 2 months to 2 years before she died. 2 years was the best, but even that was 2 short.
i got special orders from the marine corps to return home and take care of my mother. she spent 8 weeks in the hospital before they let her come home.
on oct 25, she had to be admitted to a hospice home. this was it. this is what i had been dreading for all 20 years of my life. the day the most important person in my life was taken from me.
Oct 28: i left the hospice house to return home to feed and let my dogs out. before i left i kissed my mother, who was at this point in a comma, but still responsive, and took off. as i was leaving i could see the look in her eye. she knew this was it. she didn't want to me leave. she always said she wanted to be surrounded by family when she died.
as i was heading back from my house, i got this bad feeling. the light in front of me had just turned red. it was 1000 oclock at night. having this bad feeling, i ran the light. as i walked into the hospice house, i saw my family running around. i knew this was it.
sitting next to her bed, hearing her gasp for air. then i heard the death rattle. the most god-awful sound i've ever heard. Oct 28, 2009, at 10:35 pm. my mother died.
i loved her more then anything, and would do anything i could to bring her back. but i can't. i spend everyday thinking about what happened. how things were and what they would never be. it's hard to put into words this torment i feel. Will it ever go away? Will i ever be happy? I'm afraid not.

Casey s said…
I am so sorry for the loss of your mom! My Dad was my biggest Fan and his loss is with every breathe I take so trust me I understand what a toll this is taking on you. I wonder about the same things. about the mile stones in our lives that we would want them to be apart of, it is painful. My dad had 5 children and won't get to see any of us marry and have our own kids. I will pray for healing in your life.