I'm sitting here watching some mindless TV and somehow it feels "normal", and then I got wondering if I'm intentionally shutting away what it felt like to have him here? Because if I don't think about what it was like to have him, then it doesn't hurt as much to realize I don't have that anymore? Like the last 17 years happened to someone else, or were in a nobel or something. That I'm not that person. Which I know is selling our relationship short - what we had was wonderful and special and… Continue

I lost my brother 9 yrs. 5 mos. ago and it feels like it was yesterday. He and I were so close that I felt a piece of my heart die. I feel like after his death I had many family illnesses that I thought I would loose another member of my family. I miss my the talks we had and especially the good times.
My husband says time heals, but I feel like I'm just getting angrier by the minute.

I Have Some Questions for You...

We have one life, you and I. One crazy, short parcel of time to live a life we are fortunate enough to have. If I was one of those inspirational speaker guys I would say something like, “You need to live your life…or life will live you.” You know that kind of thing, right? Yeah…I’m not going to say that because it’s not my style and I’m clearly not very good at it.

Instead I’ll ask you this:…

I'm looking at his pictures and my mind just races. His candle burns brightly but darkness hangs heavy. I can hear his voice in my head,remember our countless hours and conversations. Now the conversations are a little different.

About the time that I think these might be easing up, I start crying alot again. It's been a rough couple of days.

One Year Tomorrow and the Journey is Still Long, Narrow & Missing a Friend 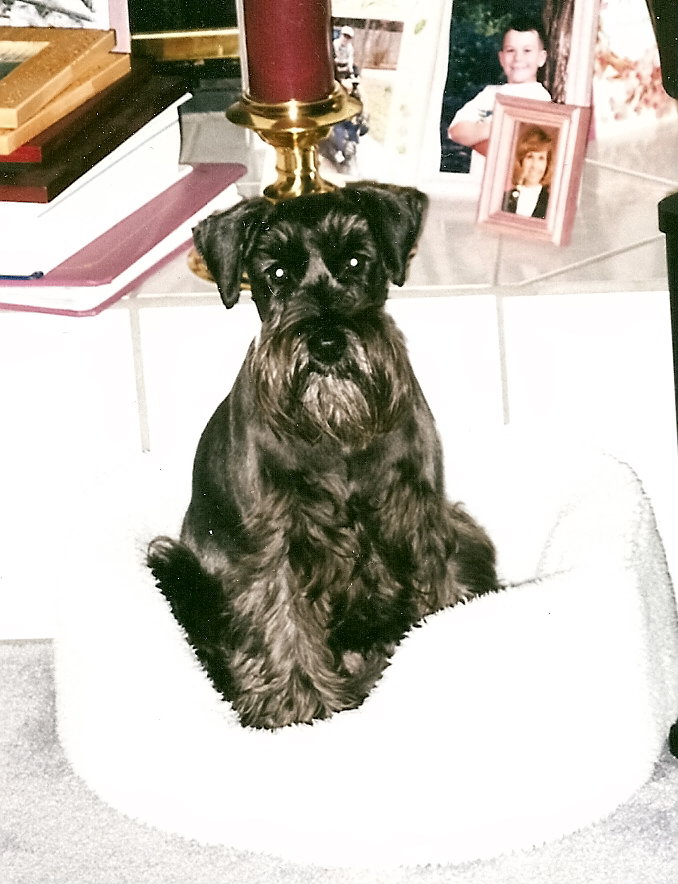 Mom passed one year ago tomorrow at 1:02 p.m. To say it's been a difficult year would be an understatement! I never realized what a journey this was, and how personal at that, it would be! I know it is not over....the journey of grief, that is....but am hoping that I am at least turning a milestone down this long a very narrow path....made for only one....me!
One of my brothers, Tommy, helped me put a Memorial in today's Sunday paper recognizing… Continue

To all in pain

I feel for you,pray for you,light a candle for you and I do think about you all a lot even if I'm not writing much. I pray for yours crossed over too. Please be strong and remember you are being thought of. With love and support,Liska

Since becoming a member of Angels in Flight I have been asked several times what happened to my son. Below is an email that I recently sent to the producer of Celtic Women that describes the night my life ended.
I don't know how to begin this letter to you as I can barely see the computer screen from the tears. Please read my story and you will understand why you are such a blessing to me.

On Dec. 5, my son & I had spent the day together (as most saturdays we did). We were… Continue

I learned something about myself today. I have an overactive, paranoid imagination that I'm going to have to keep a tight rein on for a while. A friend of mine on FaceBook posted in her status "seriously not feeling well.. something is just not right.. hate to admit it, but i need to see a doctor.. really freaked out.." and I immediately thought that she was in serious trouble and needed a doctor RIGHT NOW, and tried texting and calling and was imagining her sitting at her computer having a… Continue

We can get though this!!

Hello~
My name is Alison and my husband died Nov 4, 2009. He had stage 4 lung, lilve and bone cancer. Our story is a very long one. We got married in May of 2000, and we couldn't have children of our own, so we adopted our kids from the county...foster care. The boys are not blood brothers, but brother of the heart. They both had a very hard begining of life, and lets leave it at that. In May of 2007 I found out that I had Stage 4 breast cancer and was in and out of the hospital...it had… Continue

This afternoon I stopped by the furniture store on the way home from work. Last night I was thinking about getting a new dresser for the bedroom, and moving our old dresser into the back bedroom to use for sheets and towels. Dan and I had talked about doing something similar for several months, but never got around to it. When I was looking at dressers, the first thing that would go through my head was "Would Dan like it?" and then I had an overwhelming feeling of disloyalty. I posted about it… Continue

Living thru ( trying to live thru) the dreadful loss of our daughter Lacey.

It's so hard to even breath right now. Feels like I am drownding in my own breath. Lacey has been gone 280 days today. 18 years we had the miracle of her.
Lacey had been ill for years, but ... she was able to live a life full of joy & adventure of a 'normal' kiddo. Attending public school until 2006, she just got too ill to make it everyday. After kidney transplant & various other illnesses Lacey began attending school at The Childrens Hospital in Aurora Colorado. So many many gift… Continue

Over the past few weeks I've had so many people tell me that I'm strong, that I'm doing well, that they admire how I'm handling things, that they're proud of me. I didn't realize there was another option. If I don't at least pretend to be strong in front of others then it means I'd spend all my time in misery, instead of just the time I spend by myself. And the only solution I see to that is blowing my brains out, which isn't much of a choice.

I'm rollercoastering today, and I… Continue

The last Valentine gift from my beloved husband<3

This Gorgeous beautiful bear was a gift from my husband on our last Valentine together last year February 2009. Before he passed away on October 26,2009. He was so excited to give me this big ruby red bear. Like he knew it that was our last year together, and wanted give me something very special to hold on. It was his last gift of love to me.
I love you my Honey....Always & forever!… 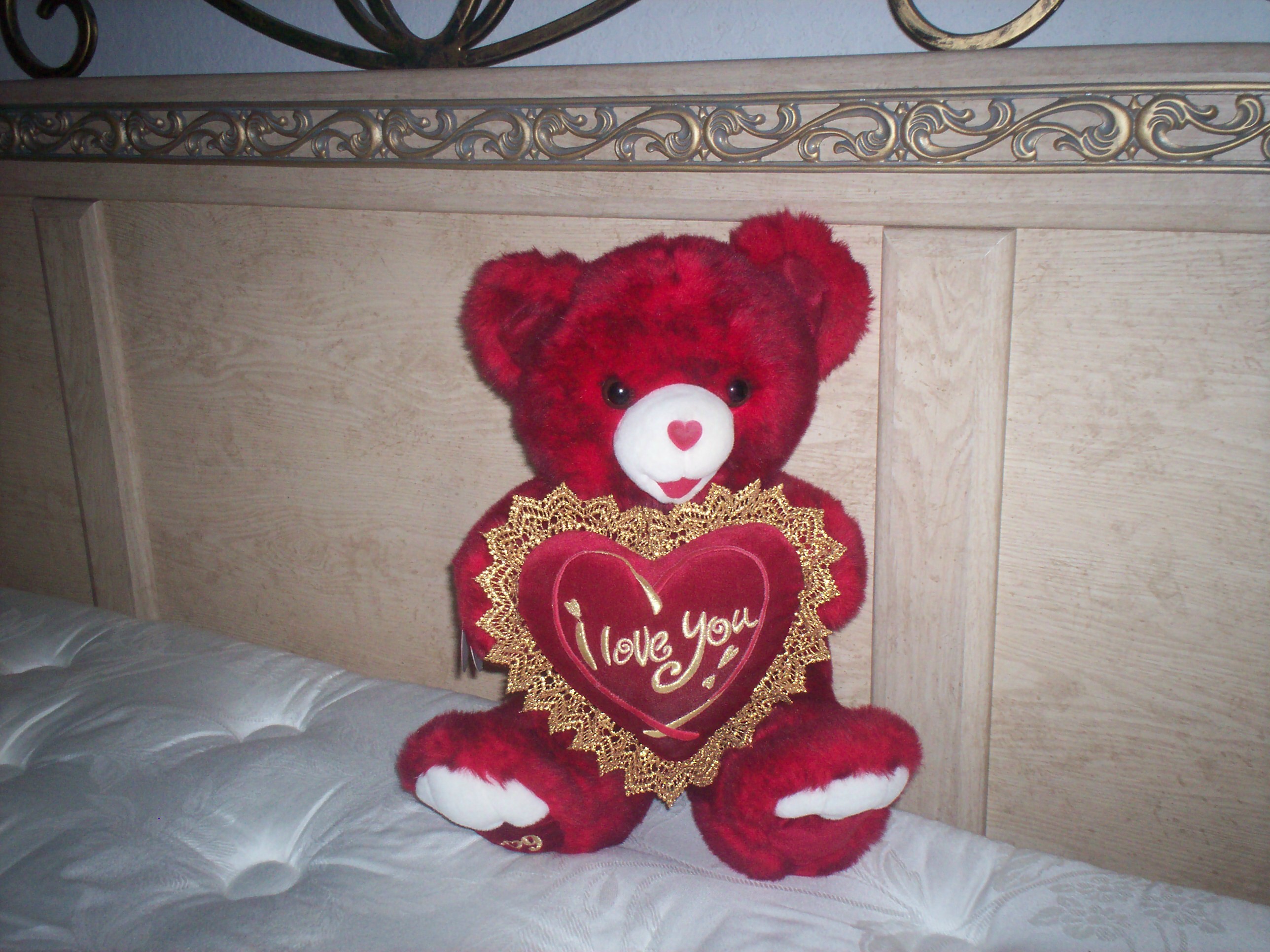 I have very recently lost my husband of 32 years.
we were vacationing together and he drowned in a rip tide.
I swam to shore and tryed to call for help to several surfers nearby, one finally got to him with their surfboard but he could not hold on, apparently he had taken in too much water. when the rescue team got there they could not resusitate him. I feel terrible guilt as it was my suggestion to go for the swim(we are both swimmers) even though the water looked rough, there were… Continue

The one year Anniversary

Is just coming up. I lost my younger brother last Feb 21st. He was only 27. A passenger in a vehicle when both he and the driver fell asleep. My sisters and I have been trying to make sence of the accident, as if maybe we could understand if they had been drinking, or had drugs in their systems. Not like that would be alright, but would make some sort of sence, something BIG to blame. I guess personally I feel jipped. Having lost both my parents at 21 I raised my brother and younger sister… Continue

Feb 17, 2010. My Mother passed away October 1994. My Mother tried very hard to write Children's Stories. My Mother's Sister was Betty McDonald Who wrote Mrs. Pigawiggle, Onions in the Stew, many other books that right now do not come to Mind. My Mother was an excellent cook, Worked for Seattle PUblic Schools in the Special Education Department for Mentally ill People. She is very much missed by Our Family. Thank You, God Bless Every-one.

I am a Christain, i'm trying to understand the age old question of "why bad things happen to good people"
Also,does God have a predestined plan for us, knowing when He will take us Home ?
3 months ago while vacationing together at the ocean, my husband and I went for a swim, it was my suggestion and I feel terrible guilt. He drowned in a rip tide and I swam to the shore. I knew I was not strong enough to pull him in, so desparatly tired to get the attention of several surfers near… Continue

I only say "was horrible" because I don't know if "s*cked" will get through the filter.

It's four weeks ago today that Dan died. I spent this morning again watching the clock and reliving the last day with him, and fell into depression around 9:30 after he was "gone" and all I had to remember was making phone calls and trying to figure out what I was supposed to do with the rest of my life.