I just lost my Henry, my companion of 30 years.  We did not always get along.  We had the same argument forever:  what you you want to eat.  But, I  think we did love each other in our own ways.  Henry died right before my eyes.  He had been sick with the flu but had gotten better and even commented on how well he felt and had a good appetite.  We were watching TV and talking when all of a sudden he had some kind of siezure and lost conciousness.  He was gone before the EMT's arrived.  I see… Continue

Joe died suddenly last October. My grief was almost unbearable. We had been working hard together planning our future. I had over time moved almost all but furnishings into his house. We were house shopping. Between us we each had 2 boys, all grown. Joe's oldest son had married 2 weeks before he died. The reception was the following weekend. I got the phone call nobody ever wants and my nightmare began. I have struggled over loosing my life partner. My best friend. Dreams we shared will…

A thank you to this web site.

This is terrific information.  Comfortable words about an uncomfortable subject.  Thank you and keep up the good work.

My younger brother committed suicide 9 years ago. He was 22. He left a very long letter in which he explained how he had been carefully planning his death for years. I was in college at the time and, in his letter, my brother said that he wanted to wait until after I graduated to kill himself. In May of 2002, I graduated from college and a couple of weeks later my boyfriend and I decided to go on a road trip to celebrate. When we reached the hotel, I called my mom to let her know that we had…

Just a thought....... I have been reading all these heart breaking stories since last August and I have watched the numbers grow each week and expressed to Tami that what she has done on here and bro…

Just a thought.......
I have been reading all these heart breaking stories since last August and I have watched the numbers grow each week and expressed to Tami that what she has done on here and brought together is truly phenomenal. Unbelievable how these stories reach across thousands of miles and find their way into all of our hearts. Donny’s mom commented to me that she hadn’t seen me on recently, but I have been here, every day like many of you. I read quietly, sometimes commenting on… Continue

One year has passed, and it still feels like 30 seconds.Dont remember much over the last 12 months.I am sure there is a reason for that!!!.The pain is so great, that at times it takes my breath away. How does a family move on without their, son and brother.The best child a family could have!! How does one proceed to know they will never hear or see that beautiful person anymore.Memories are all we have.20 years was not long enough.There was so much more to come.So many things that would have… Continue

A picture your baby girl drew for you... 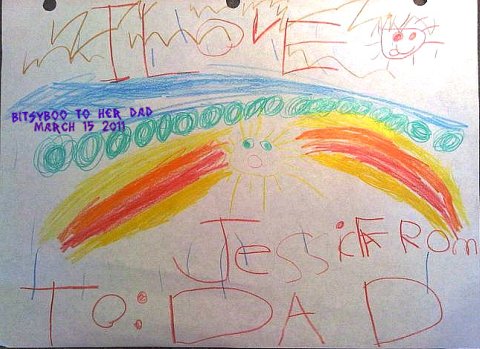 It has been 8 long months tomorrow and the coldest and worst winter in Alberta since 1974 the year you were born. The weather has kept us inside allot and it really doesn’t matter because I am numb from missing you. With the snow melting I heard the sound of the first motorcycle revving up and my world stood still. I truly couldn’t breathe as I knew if…

Life will never be the same....

I grew up with Dave - he was a childhood friend of my older brothers.  He always made me laugh.  He also always wanted me to be his girlfriend.  I just wanted to be his friend until my junior year of high school.  I realized I really did care more for him and was so blessed to have such a great friend that made me feel adored.  We were married in Sept. of 1974 after I graduated from high school.  We had three sons together and 6 grandchildren.  We have helped our youngest son raise his two…

Little did we know, you would be gone the following Sept 18th. We miss you so very much and Cecelia knows your name and points to your pictures all the time. Of course we have you all over the walls.

love and miss you 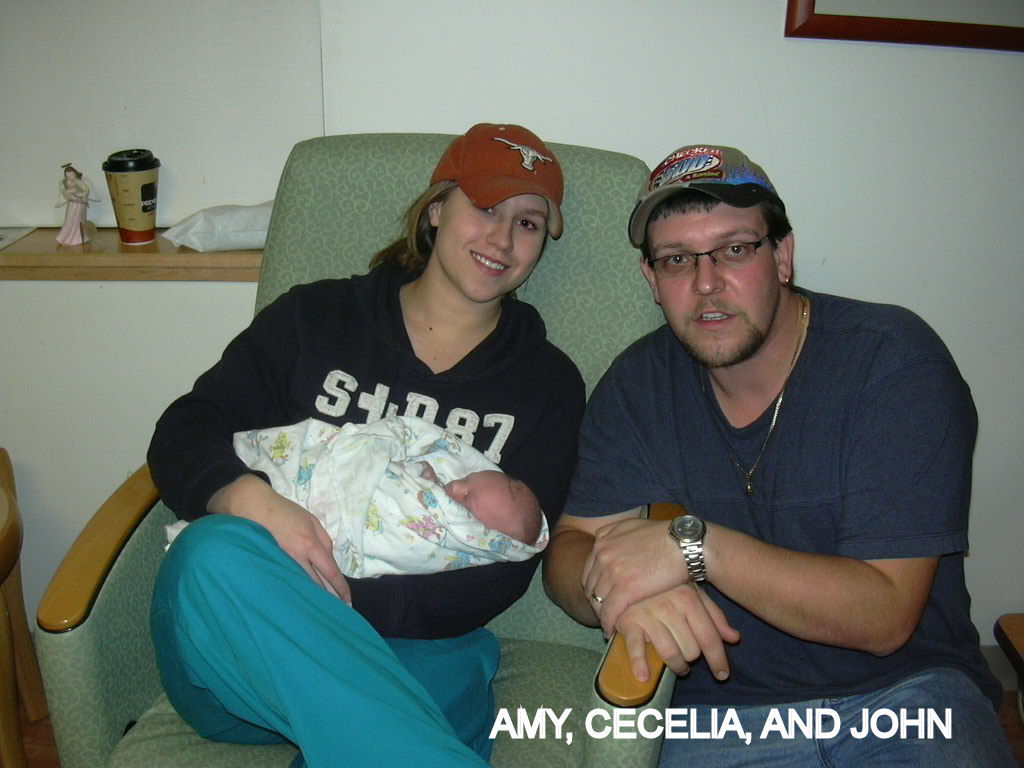 One year of my daughter death

Well on March 31,2011 will be a year that my baby girl Christina Lee Rivera was in a car accident killing her and her mother in law. It will be the hardest thing for me to go through not see her or missing talking to her on the phone. My life be empty with out her and my heart ache so much. If you remember the story I firsy posted when the person who did this to her said he wasnt the driver of the jeep that killed her. Well he was the driver because dna was taken from the jeep and it was his…

Optimal Hospice continues it’s excellence in care by providing free grief support groups to Bakersfield and the surrounding communities of Taft, Lake Isabella, and Tehachapi. Facilitated by Dr. Pat Roberts, Optimal provides a warm and welcoming environment to anyone who has experienced a loss. You don’t have to travel the path through grief alone. Let us guide you through this unique experience. Our groups are always free and open to the community. Please join us at the following…

It Hurts all the time

It hurts when they speak of you because then I have to remember that your gone,

that you were here.

Would like to hear how other Mothers are dealing with the lose of a daughter.  My daughter was my best friend.  I stay thru the week with my wonderful son in law and 4 grandchildren and go home on the weekends to my kind and loving husband.  I talked to Jami 3 or more times a day.  I worry about the influence I have on my grandchildren and mourn all the 1sts that she is missing and we aren't sharing.  People seem to think that you get over losing a child but for some reason I am unable to…

Listening for the Mourning Dove

Spring is painful this year. It has always been my favorite season, It was my mother's as well. She loved th

e symbolic promise of new beginnings, the rebirth of nature and the chance to once again work to beautify English-style flower gardens in her yard on the corner.

Through the dark cold fall and winter of my mother's open heart surgery, and her doomed…

God's Transforming Stories are the next chapters in the Bible. We are modern day epistles, the only Bible some people will ever read. By sharing how God transformed our life's story, we give Him all the Glory and draw man's attention to Him as our Deliverer, our Healer, and our Sustainer until our positive change comes! You can subscribe to this blog at…

I just finished reading this book by Joyce Carol Oates and recommend it to everyone.  She shares so many feelings that we do in beautiful detail.  It helped me some relating her story to mine and she lives in Princeton, NJ where I spent the first 17 years of my life.

I miss you sweet boy!!!! Your friends still have a hard time when they see me and your father.  We bring back memories of you!!! I love you so much and miss you so much!!! RIP Prince Hilty!!!

When to involve children in the bereavement process

We know how to respond to a death in a friend’s family, but what happens when the death is in the family of your child’s friend? Is it appropriate to involve children when supporting the bereaved family? That’s what one mom wondered. Her daughter’s best friend’s granddad died. The mom planned on writing a condolence letter to the family and asked, “Should my daughter write one too?”

At what age is it appropriate to involve our children in the bereavement process? I’m not sure…

everyday that passes is another day closer to be with my beautiful child again!

My daughter was only 22 years old, when her life was taken by her ex-husband. She had a 3 year old son at the time, and was 4 months pregnant with a little girl. The day was Nov. 4, 2005. Five days before she would marry the love of her life. Her ex-husband made sure that would never happen. My daughter's name is Shelly, and she was my daughter and my best friend. I miss her so much and can't wait to see her again.  Diane (Shelly's Mom)