We are born knowing how to grieve.  As children, we cry naturally to feel better, to let go of our pain, to release the burdens of pent-up emotions.  It helped us lessen the weight from our shoulders.  Positive expressions of grief are helpful to us.  It is the lack of such expression that leads to chronic tension and dissatisfaction in life and even aggression and violence. 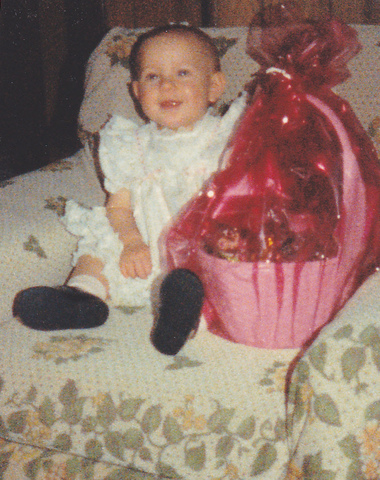 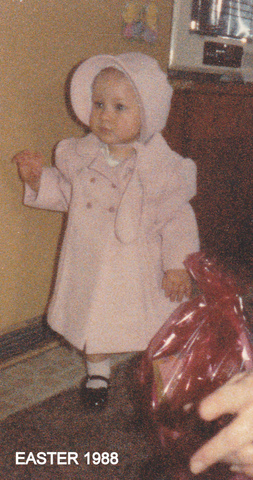 These are photos of you I scanned from our albums. This was your first Easter and grandma Masher bought you a pretty dress, shoes…


When I close my eyes, in the still of the night,

I can almost feel your arms wrapped around me so tight.

I can hear your voice whisper in my ear…

988 he spent the night with my parents and the house caught on fire. With the layout of the house the fire was between the two sections and my parents went out their back door trying to get in hi window but the fire had already consumed the house. It took them 6 hours to find his body… Continue

Funeral in Another Faith - Catholic Funerals 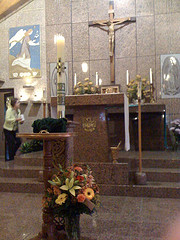 Q. I am going to a funeral mass for a friend’s elderly mother, who died after a long illness. This is my first Catholic funeral—I am not Catholic myself—and I feel uneasy about what to do (or not do) during the service. Can you give me some guidance? Also, do I have to attend the wake, as well as the funeral? Would it be disrespectful to skip the wake?

A. Any funeral can be anxiety-provoking. We’re forced to confront issues of…

My mother passed away 20 hours ago. This is not easy for me to write, because it is so fresh. But when I was younger, my mom always encouraged me to write as a means of coping with whatever I was feeling at the time, and I know she would want me to continue writing.

In November 2009, my mother was diagnosed with lung cancer, but had a good prognosis. She underwent a surgery in January 2010 to remove the cancer only to discover that it had spread. She bravely went through many…

Hope for the best!

Every Sunset gives us, One day less to live! But every Sunrise gives us,
One day more to hope! So,Hope for the Best.

Many people wonder about grief counseling.  What is it?  Why should I do it?  It's hard enough to go through this with friends and family.  What's meeting with a professional going to do for me?

We know that the searing pain of losing a loved one can be endured with the right kinds of support.  For example, studies show that…

Words that resonated with me

I am not a churchgoing person. Throughout my life I have gone to church at times when I felt I needed a little support or maybe time to reflect. Last week I talked with the priest who had been with me in the first year after my sister died when I was a student at Ball State. He commented that I’m the type of person who feels a sense of spirituality no matter where I’m at; I don’t need to be in church.

This year for Lent, I wanted to do something that would ultimately make me…

The For Love & Art Project: Creating an Honor Legacy of Exceptional Beauty

Through a series of acts of kindness, this hospice volunteer stumbled on an innovative method of simultaneously enhancing the quality of life for the aged, the infirm, those with end-of-life issues and similar others, while permanently honoring the memory of a loved one with an honor legacy of exceptional beauty.

At the grand age of 90, my beloved Miss Billie started to lose strength in her legs and was given a series of exercises to build up…

Only 4 days ago, Daddy left to join Mama. I think his heart was broken & he missed her terribly. It's sad & sorta lonely. Now we don't have either one of them. I feel all alone, first My Honey, then Mama & now Daddy. I know things will eventually be okay. But right at this moment it's hard to see the silver lining. I miss mama & now I don't have daddy anymore. God Bless & Protect them both...

Giving Part of My Personal History a New Home 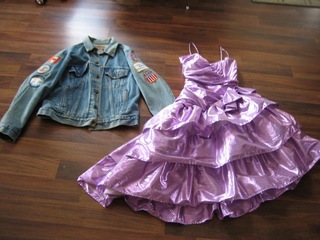 For as long as I can remember, each time I’ve moved, my high school jean jacket (adorned with several patches on the sleeves) and a formal dress from a high school dance have come with me. I knew I’d never wear the jean jacket again and obviously I’ll never wear the dress again. Actually, I was able to get it on the other day but I couldn’t zip it all the way up– apparently my rib cage has expanded since I was sixteen (I should admit that it’s been over twenty years although it…

well at this writing loss has permeated my life once again. I am not feeling sorry for myself but at times am overwhelmed at the amount of it going on. I lost a cousin a few weeks ago and then a co worker to a suicide. AS we age, we continue to lose people we love all the time. It never gets easier. I am still in the stages of grieving for my aunt and now the other two losses have just added to it.

I havent lost my appreciation for all the beauty and wonder of life. I am closer to…

Cody was my 21 year old Mommas boy. He had a heart of gold, he would have done anything for anyone. On the anniversay of his older brothers death Feb 13, 2011 Cody spent the day with me because he knew I always needed cheering up on that day.We had a wonderful day . We talked and he had a snowball fight with his little sister.We were going to the cemetary to put flowers on Matts… Continue