My brother Adam was born June 29, 1990. He was a talented musician, smart, and loving son, brother, and uncle. May 20, 2012 he took his own life. He has suffered from a severe mental illness since he was 17. My family is in ruins and have to try have cope with this horrific tragedy. My son who just turned 2 two days before it happened and my niece who turned 3 in Jan. will never know their uncle. My parents are struggling everyday. Just would be nice to talk to someone who can relat. This is…

Casey only 22, died in Japan and was living his dream.

My name is Marsha and My son Casey was just into his 2nd year of teaching English Communications.  He had also spent 1 year of going to collage in Japan.  Yes, you can say he loved Japan.  It was odd how Casey just 2 months earlier before his death was begging me to come for a visit during his spring break because he wasn't one to go on and on about anything.  Well,  I spoke to his father and said Casey really seemed to feel it was important for me to come for a visit.  So I bought my…

I came to this site looking for relief from the angst of dealing with a sudden death. What I read was so enlightening, that I felt like someone was writing my story. It is calming to know, that someone out there knows how I feel. January 7th of this year, my beloved sister and her husband were trapped in a three story house at the shore in Margate,NJ. They thought this house was going to be a dream come true. A fire broke out in the wee hours of the morning. By 1:30 am,both my sister and her…

How do I forgive myself?

I have to begin at the beginning.

I am an only child but I used to be the middle child.

My younger brother died when I was 4 and I don't really remember him.

When I was 15 my older brother died on Aug 20,1990 in a car accident. I was the last one in our family to see him alive and we had fought that night. (still can't forgive myself) My brother Leif was my hero he protected me from my mother, who was very abusive and still hates me for living when both of her sons… 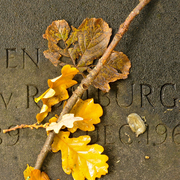 Q. My aunt died suddenly and was buried in a plot she purchased years ago. Because she had no children, I am now in charge of buying a cemetery stone. What’s the best way to do this and how should I proceed?

Begin by calling the cemetery to find out its rules for markers, headstones, and other options. Size, shape, design, and other requirements vary widely.

You can buy the stone from a monument retailer and ask friends, neighbors, or relatives for…

I lost my husband May 18, 2012 in a motorcycle accident. He was 50 ft from our driveway when he hit loose gravel. He lost control of the bike an in trying to save the bike and himself, he hit a ditch. It threw his body forward and when he landed it broke his neck. We were having a bbq and me and a budy of his wife went to pick up the other buddies gf. I was 5 minutes from home when the hwy patrol called and told me he was dead on the scene. Two of my daughters say all the ambulances and that… Continue 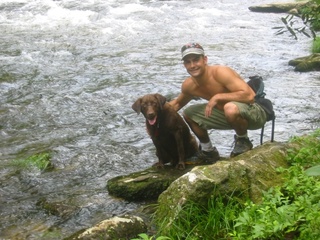 We went to a revival last night..just hoping it would help.  It didn't.  All around me people were smiling and praising God, and I guess I'm not ready for that yet.  I felt angry at them!!

My daughter went to the cemetary where he is buried, and there was a cigarette butt put on his grave...as if he were smoking it!!  THAT has me so upset.  He smoked, and someone went there and did that..how disrespectful to US, and to Chad.  I want him to rest in Peace!!  I'm just so angry. …

Hi my name Francine I just lost the love of my life in Jan.3rd of this year.

I don't know how to go on with out him and so many unanswered questions.

everyone says i need to go and talk to someone not sure what to do.

and don't want to bother anyone.

A Little Bit of History

Hello and thanks for stopping by to take a gander at my page. I'm new here, and am excited to be here to offer support to anyone needing it.

Let me begin by saying that losing a child or loved one is never easy. People deal with their own grief at different times and events in their lives. For instance, my son C.J. who was 2 years old in 1996 passed from Congestive Heart Failure. He was born in 1994 with… 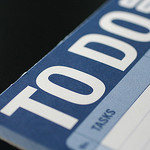 Q. My husband died a year ago and my children keep badgering me to give them an “in case” list of who they should contact if I’m seriously ill or injured and can’t manage my own affairs—or if I suddenly die. My son says, “What if you’re hurt in an accident or have a heart attack?” I guess it’s a good idea but is there an easy way to do this?

Some of us feel our eyes glazing over at the thought of compiling such a list, no matter how responsible we are and how much…

To my Brother Robert Lee

You were a wonderful man ,father,brother,theres so much i want to say     I LOVE YOU ,I miss you , I wanted to take your hurt away.You are an Angel in Heaven now lookin down on us ,I know God has you safe with him in his arms ,theres not a day that goes by my heart doesnt hurt,or I dont cry we miss you so .You will always be in our hearts ,LOVE DADDY,MAMA,AUSTIN JACOB,AND MELINDA… ive got so much going thru my head

We were both registered nurses.  I took care of him the first seven days, with every 2 hours of morphine.  Hospice came in the last three days.  He died holding my hand.  How…

its been over 9 months since my only sibling, my dear brother, died. i haven't been on here because all i would do is cry...i am glad to say i don't cry everyday. something might trigger memories & might shed some tears..or i might even laugh. what i do know for sure, i will never, ever forget my brother..& i still keep him close to my heart. i have a shelf in my livingroom on a far little sidewall..that is all his own. i had an 8 x 10 made of the pic i use here for my profile.on the…

Many parents wonder if it’s appropriate for children to write sympathy notes. Should parents expose their children to death? And if so, at what age are children old enough to understand the complex feelings of sorrow and grief when a loved one dies?

These are tough questions to answer. From my perspective, it is never too early to learn compassion. Since so many adults struggle to write sympathy notes, wouldn’t it be beneficial to teach our children how to write…

Danika D is now a member of LegacyConnect
3 hours ago
Welcome Them!