Some of us may have lost friends or family members in the 911 terrorist  attacks. I lost13 members of my spiritual family... Some may have lost family or friends through some natural disaster like Katrina or the Tsunami in Japan.... ..."time and unforeseen occurrences befall us all ( Ecc 9:11) .......(sigh)

Things to Help Us Cope

1) Talk about it- Don't we feel relieve when we talk to someone even if it's a close friend....

"You need to get over it"

"You can have another child"

And sometimes you feel like saying "be quiet!" You do not know how I feel. Just leave me alone! I was encouraged not to take things to heart ( Ecc. 7:21) because I realize that some people just do not know what to say... I realized that I should also not isolate myself (Proverbs 18:1). It could be dangerous.…

My name is Chrissie and I am 33 years old. I have a wonderful husband and a beautiful daughter whom I love more than life, but I am struggling everyday to cope with the loss of my baby sister to type 1 diabetes a month ago. You would think that was the end of my troubles, but this is not my first  sibling to die. My baby brother also died seven years ago when he took his own life. I have one sibling left and she is in another state. My late sister Kimberly was only 29 years old and the…

I lost my youngest grandson Lucas in April.He choked and was without oxygen too long. He was airlifted to Hershey medical Center. The decision was made to take hum off life support because he would have been a vegetable. He was a beautiful baby. he had blue eyes and blonde hair. He had a disablity and wasn't walking yet.But he was a sweet baby.he was getting theraphy.He loved water.His mommy and daddy miss him alot. It's a helpless feeling because you can't really do anything.The only thing…

Song "Life Without End At Last"

Can you see with your mind’s eye,

Sorrow has passed. Peace at last!

Life without tears or pain.

Sing out with joy of heart!

You too can have a part.

Live for the day when you’ll say,

“Life without end, at last!”

In those days old will grow young,

Flesh revived as in…

Now if we face trials, ......and if we are being comforted, it is for your comfort, which acts to help you to endure the same sufferings that we also suffer.
(2 Cor 1:6) Thanks everyone for your encouraging words! 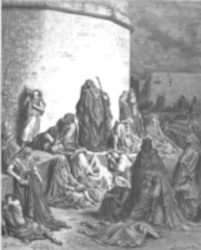 There was a time when mourning rituals were steeped in etiquette. You knew exactly what to expect and how to demonstrate good manners. But all of that has changed with social media, emails, texts, and ever-evolving communications.

When a college student died unexpectedly, all of her friends replaced their…

Some  of us may have lost one of our love ones from suicide. Here are some warnings signs.

Withdrawal from family and friends/ sleep and eating patterns change/loss of interest in activities they once enjoyed/change  in mood/substance & alcohol abuse/ giving away possessions that are dear to them.........Research shows that 90 percent of suicides are do to mental illness (Ex 34:6)

If anyone have lost a sibling in death they may have experienced that people tend to focus more attention to the parents and forget that the siblings are grieving as well, I know they do not mean to, but it happens....Some siblings also have feelings of guilt ....there are many emotions. I was reading something encouraging and it reminded me to Keep a list of comforting thoughts and read them each day PSALMS 94:19

On September 30, 2012 my life change forever. Received an urgent call to say my brother was being rushed to hospital he did not look good at all. My brother was found unconscious in the hotel room with a female friend. She says that she had found him unconscious choking. When I arrived at the hospital was terrified of what I was going to see. I'll never forget the moment as I walk in the curtain in the ER the side of seeing my big brother laying there with the ventilator down his throat his… Continue

The Source of Our Suffering

I was reading a scriptural thought today and once again I was reassured that bad things we suffer do not come from God. Many people say that God needed one more angel... God as plenty of angels! (even myriads)..... I do believe my love one is sleeping , in God's memory and will be awoke again someday.... God does not take our love ones away (James 1:13) Satan's the blame of our suffering..

You'd be so very proud of your Family....It's so hard and my heart hurts knowing how much you are missed by your kids. I'm there as your stand in and I always will be. My heart was shattered the day we lost you and picking up the pieces .....never seems to help as a part of the piece is missing and always will be. Ethan turned 16 what a great kid a duplicate you believe me. So handsome and please watch over him with his health right now as I know you already are. Aidan is our…

I lost my two daughters to cystic fibrosis

I am so heartbroken and sad to have lost my two daughters Christina and Jennifer. No one feels comfortable about talking about them and everyone just thinks I should move on but that's not totally possible. Everyday is a challenge. My heart and soul ache for them. It's been 5 years on June 18, 2009 for Jennifer and almost 6 years on October 1, 2008 for Christina. People don't understand. Some friends have just turned away from me. Thank God others stepped in. It's hard really hard. I miss my… Continue 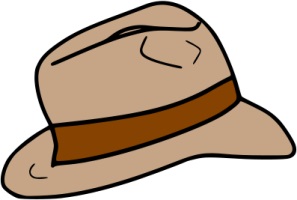 Learn to Ask for Help After Your Husband Dies 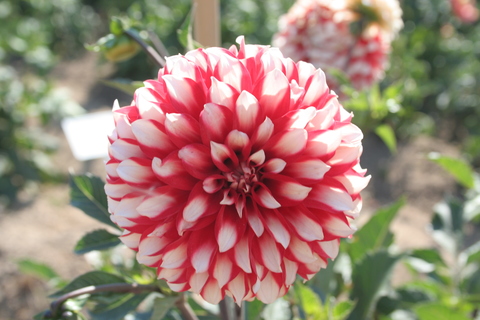 Q. How can I deal with all the details I must handle now that my husband is no longer here? He died three months ago, and I feel like I’m drowning. How do other women do it?

Having to do everything yourself, including the…

Overcoming Tragedy For My Mother and My Wife

Although I have had a series of misfortunes in my life, at 17, my mother Sandra was abducted.  Her remains were positively identified in 2012, after a DNA test on remains found in 1996. 2013 wasn’t any better, with my father incarcerated for inappropriate behavior with a minor, with digital changing the way people make movies, I found myself out of a job. As frightening as that was I dug deep to see the possibilities of the situation, to…

Signs from your loved ones

When I lost my wife of 40 years, Jan, to ovarian cancer years ago my home was surrounded by a huge rainbow the following day. That was the inspiration for my book, Surviving the Loss of Your Loved One, which tells many stories of how loved ones stay in touch. Do any of you have stories to tell?

How to Help a Bereaved Child 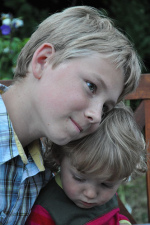 Death is a devastating experience, and it is hard to know what words or actions can possibly ease the loss. When the bereaved is a child, it is even more challenging to know what to say or do. As difficult as it may be, “Try to act like things are as normal as possible,” says a friend whose mom died when she was 13. “No one wants to be treated…

Mireya bahena is now a member of LegacyConnect
18 hours ago
Welcome Them!