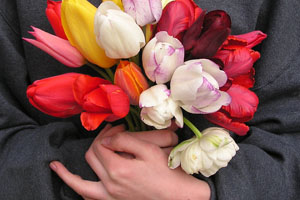 Living with loss of a sibling

I should start at the beginning I guess. I'm from a large family, 6 boys and 2 girls. My sister is eldest followed by 5 boys, then there is me and last but not least my baby brother. We all lived a pretty interesting life with joys and sorrows. My Dad is an alcoholic and Mom was left to deal with running the house and taking care of everything. We lived in our bubble for decades until the bubble burst. My eldest brother Jim, a construction worker and carpenter by trade was suddenly fatigued… Continue

Coping lost of brother, turning 27th in a few days and its only been 6 months

I lost my brother on Jan. 30, 2008, he was only 26 years old with two sons. He lived the last three months in the hosp., and he just keep saying that he didnt wanna die in there but he was going too. August 16th will be his 27th birthday and I dont know what to do. I cry all the time even know im crying, lot of nights i cry myself to sleep, I cry on my way some where I just cant stop crying! He was my best friend. We got so close I have two sister also but between me and him we were best buds.… Continue

On August 2, 2002 we lost our Laura in a car accident. She passed instantly, yet we will forever grieve.

Mireya bahena is now a member of LegacyConnect
19 hours ago
Welcome Them!