I just lost my husband Monday Sept. 26. It feels like I'm in a bad dream. We just celebrated our 17th wedding anniversary on Sept. 11th. We have one daughter Jasmine who is 16. We are praying and trying to make sense of our loss.  I miss him so much and feel such pain right now.  I guess it will get better. I just trusting God will help me get through this.

I lost my older brother May 20, 2011 to a Malpractice during surgery. He was only 25 years old and the death was very sudden because the surgery was very minor, we all expected him home for dinner as usual.  He was such a huge part of our daily lives. He made me laugh everyday, he taught me something new everyday, and he worried me everyday.  He was a hypochondriac and that may have been why we didnt expect anything to go wrong with the surgery.  We believed the doctors who cleared him for…

Wear blue in memory of Sarah

The Rex Allen Days Committee is dedicating the Rex Allen Days Parade to my little sister, Sarah Broeder. Sarah's favorite color was blue. So, I had this idea that on the day of the parade, people could wear blue to show her that they're thinking about her. It could be something as simple as a blue shirt. But I understand that some people who are in the parade have very strict dress codes, so I have in my possession, beautiful blue ribbons that people marching in the parade can wear on their…

Now that it's been 8 months I get the look, (your still crying)?

People look at you as if they can't believe that you still want to talk about it. I lost time between January and now and I can't believe 8months have passed. I still find myself saying he needs to just stop this and come home. I can not tell you the fear inside of me about the Holidays coming. And I will admit, I knew nothing would be there for my birthday But I went into the kitchen like I've done for 27 years and looked on the table and cried like a baby because nothing was there. They…

My stepson killed himself yesterday

I don't know how to help my husband with his grief.  His daughter blames herself.  He just had enough and shot himself.

He is only 22 years old and was to nicest boy, no drugs or and problems.  He just did it.  I don't understand but maybe it is not for me to understand.  He is in a better place.  I got up this morning to the most beautiful clouds and I became at peace with the whole thing.  I wish I could give this to my husband.

I am posting this on behalf of Elizabeth Broeder.

I HAVE AN IDEA!!!!!! (it's a little late notice) but I thought maybe, because this year's Rex Allen Days is dedicated to Sarah Rose Catherine Broeder, her friends could wear BLUE to the parade...for the ones that won't be in the parade, just wear a blue shirt or sumthin.. but if some of her friends are in the parade, it would look so cool if the...ir were little splashes of blue through out the parade lines ... but I understand if some people have really strict dress codes for the parade ... so… Continue

Every mother wants to be the best kind of mother for her children. Almost anyone who is a mother desires nothing but the best kind of life for her children and family. However, in the world today, it isn’t a new sight to see mothers having to desire these good things alone. Oftentimes, you will find mothers raising their children alone, struggling to balance from one to three jobs, to spending enough time with the children. And one of the reasons for such situations is the death of a…

Hello again. My name is Jacqueline Rowles and I have been on here since my wonderful son Chuck Williams age 37 committed suicide on Dec. 22,2010. Just the other day my one grandson age 12 told me that one of his classmates age 14 committed suicide . My heart just breaks. The school hasn't told the students yet what happened but  my other grandson tells me it was because of  bullying.  I wish the world would ggo backa to the way it was when I was growing up. I am 66 and I am not saying it was… Continue

(I am posting this especially for our out-of-town family and friends who may not get to see the 2011 Rex Allen Days Program, which was distributed in Willcox this week. Words cannot express our gratitude to the Rex Allen Days, Inc. Board for doing this.)

My beloved mom have been 11 years that I saw her last and I do love her more than anything else in this world. We had too many dreams that will never come through that is to hug each other and I would tell her how much I miss her during all this time we were away from each other. The things she though me have been changed my life. She was the most kind and sweet person I ever know. Life was short to her when I was planning to go where she was to see her already to late she will never see me…

Almost a year since my husband passed away

Its going to be me a year on November 21, 2011 lest than 2 moths away since my husband passed.  I life hasn't changed.  I still stay home on the weekends by myself with the dogs and no one to talk too.  It seem that its going to be that way til the day i die. My work is good.  My finanical situation is kinda of tough right now.  Going from paycheck to paycheck.  And sometimes that isn't enough.  I have no true friends.  They were all my husband's and they don't even call me since he died.  I…

Can't get used to this

I'm surprised at how devastating the loss of my parents this year has been to me.  I'd been mentally preparing for this for a long time, especially regarding my father, who'd been declining for years. Both had reached a ripe old age.  The biggest shock was my mom, though she was 89.  She was always, and continued to be, lively and involved in many activities at the assisted living place where they lived.  But she was wasting away, and I hadn't realized how badly, because she's always been…

Hello, my name is Eleanor. I joined Legacy.com because after being a widow for over 2 years....I am still grieving the loss of my husband of 38 years. We shared a wonderful life with my 2 sons. I experienced the most life-changing events in the past two years that traumatized my whole being. I did not have the skills to cope with Bob's death which happened after he had a successful kidney transplant. He died of heart failure about 20 minutes after being discharged from the hospital. I am…

I lost my mother to liver disease/liver failure Dec.30, 2009. She is amazing! She is a guitar player/ singer and we sang together all the time, very musically inclined family. She had hep c she was not an alcoholic. matter of fact she never drank. The trauma of watching her deteriorate was the most traumatic experience of my life. I took care of her everyday. When your liver starts to have trouble working properly, amnonia starts to currode your body and poison your brain so its like dealing…

My little mother died on august 30th 2011.  I have talked to her every morning for I can't even remember how many years She lived in Denmark and I live here in the US.  We talked thru skype. Some years ago she had breastcancer.  It went well.  Then all of a sudden in march this year it came back, badly badly.  I managed to get home to see her and we had a wonderful time.  I so love my little mother. I left Denmark on July 6th.  I did ask her if she needed me to come back.  She said NO.  You…

it seems in the past seven years I have been surrounded by death. Really close friends have died and have left me grief stricken and unsure of where to turn next. first there was ron in 2004 he was a funny funny man then amy she was the light of my life and so young to have her life taken by another in 2006 and that murder is yet to be solve next was my best bud and partner in crime kendall whose sadness helped him make the final sacrificice-suicide in 2007 and then this year i have lost a…

please provide any support groups in the moblie,alabama are that may help with the aftermath of a suicide of our 23 year old son. Stupid fatal accident primarily for attention over a lover's quarrell…

please provide any support groups in the moblie,alabama are that may help with the aftermath of a suicide of our 23 year old son. Stupid fatal accident primarily for attention over a lover's quarrell.

Never say it coming nad don't have the first clue how to keep moving forward. I have a great wife and tow other children to keep me going but my heart is gone and my focus sucks. 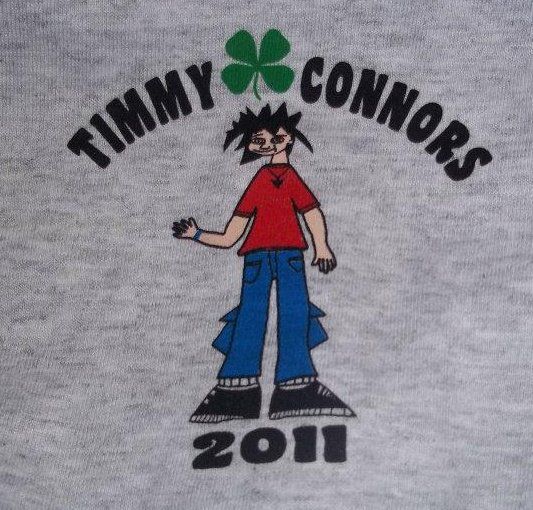 We had a gathering of your friends Sunday at one of your favorite places (AW SHUCKS).  It was nice.  I cannot believe you have been gone for 3 years now.  WOW!! I miss you, your father, brother and f…

We had a gathering of your friends Sunday at one of your favorite places (AW SHUCKS).  It was nice.  I cannot believe you have been gone for 3 years now.  WOW!! I miss you, your father, brother and friends miss you so much.  You were such a good person.

I love and miss you always!!!…