Loss is hard enough, but when the environment won't or can't surround us in our loss with consistent comfort and useful resources, then it becomes even harder.  There's a term being used in the bereavement literature called complicated mourning or traumatic grief reaction.  These are often used interchangeably.  In my experience virtually all loss experiences are complicated and traumatic to a certain degree.  In any case, there are ways in which the natural grief process can get distorted,… Continue

I lost my Husband 2 and half months ago.  We were married for 48 years, he had medical problems, I kind of knew in my heart he wouldn't be with me for years to come.  He was only diagnosed with Conge…

I lost my Husband 2 and half months ago.  We were married for 48 years, he had medical problems, I kind of knew in my heart he wouldn't be with me for years to come.  He was only diagnosed with Congestive Heart failure on a Tuesday and he died in my arms on the following Saturday.  It was really very unexpected, I didn't think it would be that fast.

My children and my grandchildren tell me they will always be there for me, that I am not alone. I told them I know that but it's…

Another teen lost due to Bullying

My new video I made on Jamie Hubley!

I lost my brother Gene very suddenly and unexpectedly in July.  He had just retired from a job he held for 40 years and were were so excited to start a new chapter in our lives.  One where he could relax and actually enjoy himself.  He lived with my husband and I and we were planning a vacation and attending a family wedding the end of July/early August.  Gene got up that morning, walked the dog, came home  and suffered a massive heart attack and died.  I never got to say I love you or good…

Dear beautiful friends, What are you willing to let go of today? Life is so much about knowing what to hold on to, and what to let go of, and having faith that it will all work out in the end. Your heart and your gut know exactly what you need to let go of, even if your brain is giving you all sorts of reasons to clamp your fingers around it. There are seasons and times to have different things, relationships and situations in your life, and then the seasons change and it's time to let go of… Continue 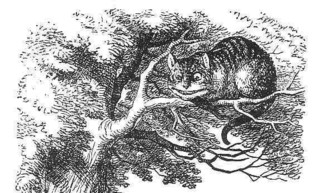 It’s called the Rabbit Hole, this sudden loss of a child and the grief that comes along with it.   Much like Lewis Carroll’s Alice chasing after the White Rabbit and plummeting down to the antechambers that open to the madness of Wonderland; each day is met by the disillusion of reality.  There was no bottle with a note attached reading “Drink Me.”  There was no…

It's ok to cry sometimes, you know. It's even ok to completely fall apart for a little while so that you can put yourself back together in the way you are supposed to be together.

Here is my latest video on youtube. I talk about legacyConnect and some other important things to me! I'm sick, so I tried the best I could making this video! Love to you all. Peace and love, Melissa

Tell me a story

One of the kindest things you can do for someone who’s lost a loved one is to help keep their memory alive through stories. I was reminded of this recently when a friend’s daughter wrote to me asking for my support in a philanthropic endeavor to honor her mother’s memory. She added, “I would also like to extend an invitation to those of you who knew my mom personally to send me a short story about my mom. It always makes me smile to know people are remembering her.”

The above person was my father.  I never knew him; he was murdered, domestic violence.   His obit shlould have been in The Morning Call, could have been front page news.

I would like to ask anyone that lives in this area to search the records and get me a copy of his death.  He died on my 20th birthyear.  I have searched all I know to search to no avail.  I did talk to corners office & she gave me the info above.  I would like to know where he is buried. 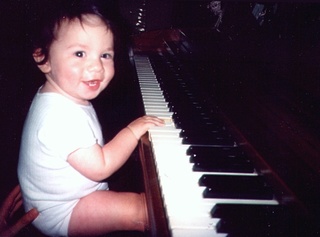 And there were three.

So it started back on the 2nd week of August 2011, I get this call from a close friend of mine at an hour when I'm normally in bed. I answer the phone and he proceeds to tells me that he has some really bad news. One of my closest friends has been the victim of a double murder. A mistakenly jealous husband took the life of my friend and his wife, I was crushed by the news.

Later at the end of the month I received another call early in the evening after dinner from my younger sister.…

Hello friends. I am trying to get in touch with Ellen! But I news your help! If you can please write to her for me and nominate as a person in need, that would mean the world to me. If you go under her website which is www.Ellentv.com and then go to "be on the show", then go under nominate a person in need. If you need more info, please email me at Italia8181@gmail.com. thanks so much! Peace and love, Melissa

It isn't about just saying things that make you who you are, it's about taking action for what you say. Your words can be heard, but your actions speak volumes. Bullying can break people. It can hurt someone so deep that nothing can cure it. So why do it? Bully's are the cowards. They are the real victims. <3

The loss of my Hero

Hi my name is Susan and I lost my son Joshua 15 months ago. He was my hero as well as my son. He was diagnosed with type 1 juvinile diabetes at age 8. He was what the doctors called a brittle diabetic. Needless to say he spent a lot of time at doctors offices and in hospitals growing up. Josh never felt sorry for himself and he didn't want people to fell sorry for him either. He was a comidian and the way he looked at life was with such a way that I can't even describe. He would go up to total… Continue