About Suicide: Food For Thought

There are a myriad of reasons why people decide to take their own lives, although there is a preponderance of suicides due to mental illness, maybe even as high as 90%. What about the other 10%? These are people who may have found themselves depressed due to a certain event or set of circumstances; perhaps…

I am a retired teacher. At present I am living in my mother's house, and as she is age 83, I am trying to do what I can for her.She is a wonderful lady, and we are very close. During the past 6 months, she has shown more symptoms of age. I have been feeling so sad for the last month. I realize that I am beginning to grieve for her, even tho she has not passed. I feel like I really could use some help with this, and I cannot afford therapy. I cannot afford health insurance. I was wondering…

How has the past week been for you?  okay

What was the worst thing that happened?  I watched the movie "Rango"

What was the best thing that happened?   I ordered a charm with Liz's name on it from someone on Etsy with a little bit of my birthday money.  And my daughter gave me a locket on my birthday that I'm going to put a picture of Liz in…

I Had a Dream

I had a dream last night, I dreamt of someone dead. And, when I woke this morning, it was still there in my head. Then I tried to return to sleep, wanting to dream on. But, like my love one who had passed on, the dream I had was forever gone.

Hello, I hope today will be better than yesterday. I was so painfully lonely yesterday. I miss my hubby so much. He was my world. He died a year ago OCT. It seems this year is more painful.I joined a paint class last week hoping it would help me ,but the pain is still there. I never thought I would say the words " I'm lonely". I have so many things I can do in my house, but I just wish I had someone to do them with. I don't have any friends… Continue

This is the first place I have put my feelings out for all to see since Chris, my husband, best friend, the love of my life, my world, committed suicide. I can't begin to express what I'm thinking or feeling. My world has been ripped apart and the man I love and who always made everything right has gone.

I witnessed my husband commit suicide. I will never get that horrific image out of my head.

I love and miss and desperately want my husband back. I don't know how to be… Continue

When the diagnosis is terminal 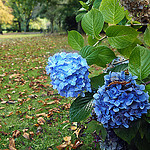 We all know that death is a part of life. And yet when we learn that someone we care about is going to die, we are deeply shocked. When a friend, loved one, colleague, or neighbor is diagnosed with a terminal illness, the news is devastating. It’s possible there are treatments to prolong life or maybe there is nothing else the medical professionals can do. So how do you deal…

i feel unable to block out the memories i have of ,the fanily members ive lost.

Dear Liz,
Well I fell asleep earlier last night than I expected.  It was about 11:00.  However...I woke up about 1:00 am!  And I haven't been asleep again since!
I've been on the computer most of the day!  I shared that this is your 9th monthaversary in all the appropriate groups.  And also shared your Memorial Service event in a lot of places.  I posted a lot in the group you share with Tim.  I talked to an online friend on the phone.  I…
Continue

It's not finished yet...but this story is about what I imagine Liz's experience might have been after she died. Even just the small part that I have written does bring me some comfort and peace. :)

She had done it...she had died. She looked around for Damian...but didn't see him. But instead of searching for him more...she went through the tunnel that she had heard about. And she was met on the other side first by her Grandma Shively. Even though she had never met her...she instantly…

It has now been exactly 9 months since I lost you.  :(

Not to mention being ignored by my husband for a week, and…

To My Baby (Noah)

IM sorry I wasnt there to comfort you or protect you has a mother Ive done that for 30yrs But on that day when you need me I wasnt there. I would gladly trade places with you. Im grateful on that day we spend 1 and half talking before your job interveiw I ever knew when you left to help your friend move that you would be shot down in the street and killed because someone had nothing better to do then a drive by. Since that day my life is a mess I have been in hell, with misery, pain lost…

Dear Liz,
I grieved pretty intensely for you for the first three months.
Then I felt like I had come up for air...and it was a little easier.
This went on until Memorial Day.  I don't know quite why...but that was a tough day for me.  And I seemed to lose what little progress I had gained.
So then I pretty intensely grieved for you once again.  Until I just had enough...and needed to focus on…
Continue

Solace on the anniversary of your mate's death 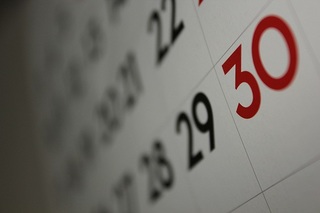 Q. On the second anniversary of my husband’s death, I received an e-mail from one of his former business associates. The message consisted of two lines: “I still miss him. Hope you are well.” This person is the only one who remembered the date and reached out to me. I heard from him at this time last year, too, and appreciate the gesture so much. Why don’t others…

Maneuvering Through Your Loss 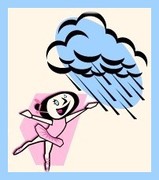 "Life isn’t about waiting for the storm to pass.…

Maneuvering Through Your Loss

"Life isn’t about waiting for the storm to pass.…

Dear Liz,
It's been 4 months today since you died.
In some ways it feels like yesterday...in others it feels like forever.
Boy do I hope that you did not realize how much pain your death would cause your family.  If you did...you must have absolutely hated us!
There are no words that can possibly describe the amount and depth of the pain we feel at…
Continue