Being kind to myself today

Today, I will be kind to myself. I will let myself be lazy and without a to-do list. I will take a break for the constant focus on things-to-do and places-to-go that keep me distracted from my pain. I will play the piano and let my mind wander to memories that make me cry. I will remember that I enjoy playing the piano because my mom made sure I had lessons as a kid. I will let myself cry because I need to when I miss my mom and mother-in-law and father-in-law, wishing I could give them a call… Continue

Looking back on my mother’s life, she dedicated herself entirely to the education of others in mathematics. In despite of she experienced many hardships throughout life, mother still strongly continued on. She worked diligently and conscientiously during her career in not only University, but also in Christian schools and a night time school for labourers. She… Continue

My father in law passed on 12/22/09, I believe that my husband was more shocked than anything, he went to TN to visit around a month ago; however, Im not really sure how to address his "grieving process" because he still presents as one that does not show emotions and would prefer to change the subject, opposed to talking about his "true" feelings. I will continue to pray and be supportive as much as he allows. Lord, please dont call anymore of your children home at least for the rest of the… Continue

Lost my Son in 2007 and still grieving

MY son Eric Holke was killed in Iraq on July 15, 2007. It was only 4 days after his 30th birthday. I have been attending grief counseling since then and it just wasn't helping. My grief counselor suggested I start a Memorial Fund to honor him.

I did and it is helping knowing that he will be remembered. My initial donation to fund resulted in a Marine getting a Scholarship to Cal Poly Pomona. But to keep the fund going I need to get it to endowment status. At present I am a $3,000… Continue

My name is susan iam 42 years old on July 30,2009 i received a phone call from my niece who is 15 telling me my twin sister had died, i could'nt beleive it i just talked to her a hour ago she sounded find she was getting ready to come over my house so i could help look for a apartment online, she was not feeling well for awhile friday before she died she came to my house crying she was sick and felt like she was going to pass out i want to call for an ambulance but she said no so i made her… Continue

A lifetime without you.

It has been 23 years now. I was 11 when I meet my Kenny - a neighbor friend of my cousins. We started dating when I was 14. He taught me about love, kisses and dreams for a lifelong love. Kenny asked my mom if we could marry at 16, but mom said no - Kenny didn't give up. He moved to Texas and left me with my family while he went to start to carve our lives out. At 17 mom allowed me to go to Texas to be with him. We had our own place and our days were filled with laughter and happiness. Our… Continue

I made it through Christmas

27 years of truditions went down the drain. I couldn't face Christmas at all this year. Nothing seems to be coming together. It is hard to put on a happy face when you feel so bad that you want th hit someone so they feel as bad as I do. I thought this is to get easier and it don't everyday my heart breaks more and more. Phone rings I pray it is him and I am having a bad dream. I don't know what to do. I feel so many emotions I can't deal with them. I just don't know where to start to pick up… Continue 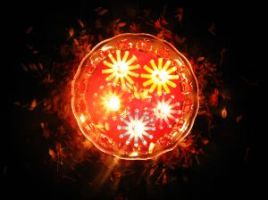 The beginning of a new year is a good time to formulate a plan on how you want to move forward in your new life without your loved one.

I find when I listen to my own intuition, I am usually headed down the right road. One way to assure yourself it feels right is to check to see if your brain, heart, and gut are all in alignment. There shouldn’t be any little pings, nagging questions, or red flags waving in your face – only calmness and an inner knowing.

As a New… Continue

Loss of those you love

In the early 80s, I lost my Grandmother. She was the rock of our Italian family coming over from Italy with my mother in 1930. I have lost people I knew, but no one that was very close. Someone you saw bascially every day and loved you so much. This was hard. Then in 1985, I lost my father. He had been very sick and I helped Mom take care of him. Even though that we knew some day his time would come, this was harder. Then in 1996, my Mother, my best friend, died in my arms and I thought that… Continue

It's Christmas night and i have to say I'm glad the holidays are over. My husband and I lost our son 1 and 1/2 years ago to leukemia. He was only 22 years old. He was the love of our life. Everyone keeps telling me it gets easier or its hurts a little less every year. I don't find that to be true. It seems to have gotten harder. It seems every single thing going on around us remind us of him. Every song you hear, everything you do, it all has a meaning and reminds you of him. We have wonderful… Continue

The picture with me is my beautiful grandaughter Skylie, she would of been 1 on January 15th. Skylie was in my bedroom taking a nap before her mom took her to pick up my son from work. Skylie had flu-like symptoms for 2 weeks prior. When her mom went upstairs to get her she started screaming, I saw her coming down stairs carrying her like a rag-doll, I laid her on the floor and tried doing CPR which I now call Mom Mom kisses. I couldn't find a pulse, 911 arrived, they worked on her and finally… Continue

I just stumbled (thankfully) across this site, visiting my late husbands obit online. January 2nd, 2010 will be the one year anniversary of his passing. He had survived heart failure after being in a…

I just stumbled (thankfully) across this site, visiting my late husbands obit online. January 2nd, 2010 will be the one year anniversary of his passing. He had survived heart failure after being in a coma for almost 2 months. Then 10 months later, after 18 holes of golf, he died. We had moved from Kansas to Texas to be close to family. We were looking forward to spending time getting aquainted with the area and traveling. He was 62, full of life, full of love.
Now I'm here...enjoying my… Continue

this is such a very hard time of year for all of his family. My grandson was only 27 with his whole life ahead of him, yet he took his own life the end of august. why? His father and I both feel so guilty for not seeing just how bad he was feeling and doing more to help. He had seen a doctor and a counselor and also been to the ER where he was just given more meds which I believe may have played a part in the suicide. It is a side effect listed on the prescription.

I lost my beautiful 26 year old son Gregory on Dec 2 2009 . I am still in shock, He had flu symptoms and was getting ready for work @ 6 am on Dec 2 my 13 year old son needed to go to the bathroom and banged on the door but no answer from Greg. He came to wake me and we had to unlock to the BR door and there was my baby laying on the cold floor .I took one look at him and knew he was gone but did CPR in hope that I was wrong until the EMS arrived 20 minutes later .they worked on him for 40… Continue

I am new at this I just lost my son on Dec 5 2009 from a 3 relapse of cancer leukemia. He had a stem cell transplant and was doing fine for 1 year 11 months almost to the day. I have taken care of him for the last 5 years. He had a long battle. I never said he had cancer it was we had cancer. The thing that bothers me so much I feel like I lied to him. When he relapsed I told him it was just another bump in the road. He would get through this with faith and Gods help. God had always taken care… Continue

Holidays without my son Michael

I HAVE A VERY HARD TIME GETTING THROUGHT CHRISTMAS WITHOUT MY SON MICHAELM HE ALWAYS WAS EXCITED ABOUT CHRISTMAS. EVEN THOUGH HE WAS 31 HE WAS LIKE ALITTLE KID, I MISS HIM WITH ALL OF MY HEART AND IT DOES NOT GET ANY EASIER FOR ME ONLY HARDER, I LOVE HIM NOW AND FORVER AND MAYBE ONE DAY THE TEARS AND THE PAIN WILL STOP FOR ME!!!!!! MY THOUGHTS ARE WITH ALL OF YOU WHOHAVE LOST A CHILD NO MATTER WHAT THEIR AGE WAS. TRY TO HAVE A GOOD HOLIDAY.

In memory of Tom

Tom, you entered this world on July 10, 1989 and left us on March 10, 2007. The talk we had two days before the accident seems like yesterday. I often wonder what was going through your mind on the morning of the accident. You were so quiet before you left the house. You told me you didn't think you would live a long life several times...I wonder how you knew? I wonder if you knew that day would be your last? I can't help thinking about the accident and what really went on. I know you would… Continue

Trying to cope - don't know where to start

My husband of 20 years died suddenly on December 18, 2009. He had spent the last 18 months getting back into shape and was really beginning to enjoy life and looking forward to do more things now that he was healthy. Three years ago he was diagnosed with Prostate Cancer and went into a severe depression. He was already overweight and drank too much when he had the surgery.

The surgery was awful. He reacted terribly to the anesthesia and had to be hospitalized for over a week to deal… Continue

my mom, my everything

i never thought the loss of a mother would be as painful as it has been for me. i hurt deep in my heart. my sadness goes beyond words. i feel like i'm walking in air, i cannot concentrate nor sleep. i think about her constantly and this brings tears to my eyes. i get worse as the days pass and i'm wondering if it is true that time will heal. i will forever miss my mother. my days are empty and at this time, i have nothing to look forward to. i know it is said that you must let go, but how can… Continue