I am not sure I will ever enjoy the holidays again. My husband passed away on Thanksgiving morning at our home. It was his favorite day of the year. He had been sick but did not want to spend the day in the hospital. He had heart problems and diabetes and did not like doing what he should do each day.We were married 38 years and best friends during all those years. People always asked what our secret was and he said "holding hands". He always reached for my hand when we were out somewhere. I…

My oldest brother, who was 40 years old this year, passed away about 3 weeks ago. He was married and had two small children....10 years old and 6. I have lost a family member in the past but this has been the most difficult loss I have ever experience.

Him and I were not as close when we were kids as I would have liked but when we became teenagers we started to spend more time together. We spend many sporting events together, went to the movies and sometimes just talked on the…

The Hidden Blessings of Grief 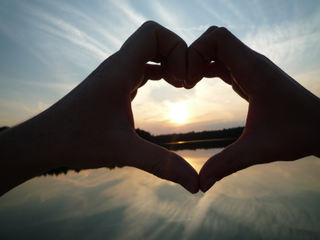 Scott, you are missed so dearly this time of year.  Your smiles and giddyness were always a joy to be around at Christmas.  You loved our nieces and nephews in the purest way humanly possible.  Thank you for teaching me how to love unconditionally.  Love isnt about how much the present is, but rather what it means to give from your heart.  You would play the 50 cent games for a plush toy and gave it with love and as a proud uncle Scott!

I lost my brother in September…

On December 14th an incredible angel was born - I lost my best friend, my soul mate and the light and love of my life.  Joyce, my partner of 26 years passed away from complications associated with pneumonia.   She fought so hard for so long. She is a two time cancer survivor (Hodgkin's Lymphoma) at 17 and (Non Hodgkin's Lymphoma) at 48.  The side effects of both cancers destroyed her body but never shook her spirit or zest for life. She is the strongest, most determined and most…

Another Christmas without you Hun...Missing you so much 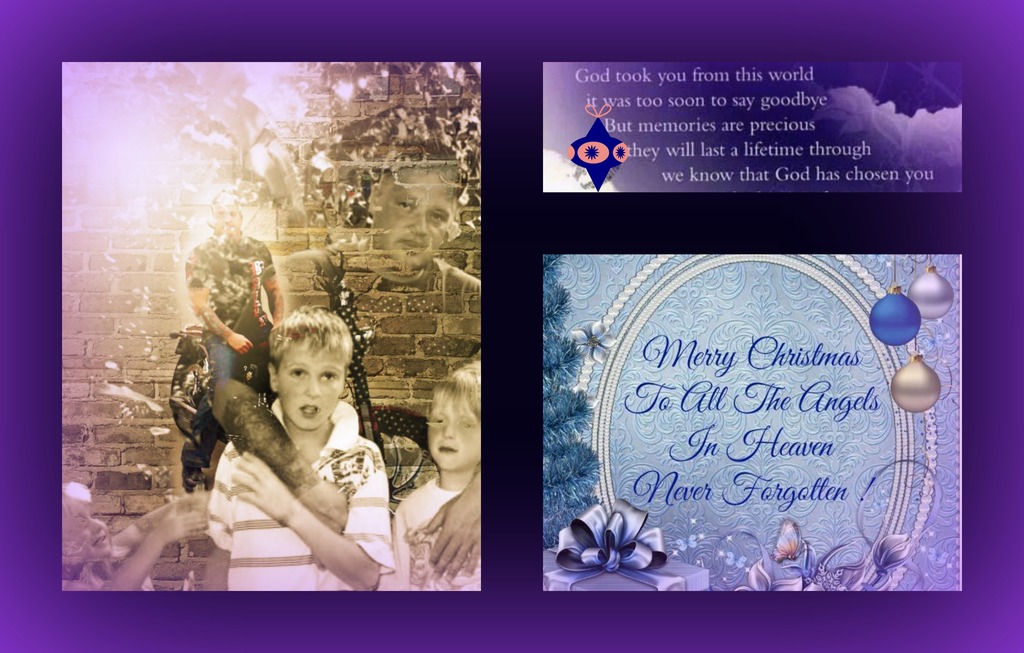 The Greatest Gift You Can Give 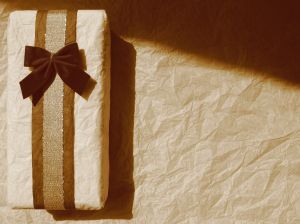 ‘Tis the season of giving and receiving. Yet our grief keeps us from feeling like going out to the mall or taking the time and energy to find just the right present for our family member. Our tree may remain boxed this year and our lights still in their tangled mess of cords as we just try to make it through the day, much less the holidays.  Still there is a gift you can give to your family more valuable than anything you can buy on the internet, more… 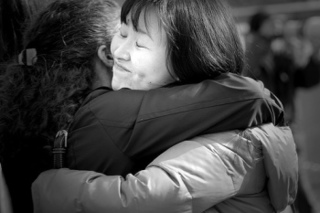 `message to Berni: hope you got it.. I wasent finushed with it and it went away.  Hope you got the message of shared grief for your son.

Loss of my Mum

Hi My name is Kelly, I'm 36.  I guess you could say this year has been a turbulent one.

In January we lost my Mother In Law to cancer, we knew her time with us was limited so my hubby and I spent last Christmas apart - with our families.  I have an 87 year old Nan so I insisted on spending Christmas with her and my parents in case it happened to be her last one with us too.

loss of a dear friend

I was care giver to a dear man who lost his wife 8 years ago.  She was my close friend also.

My friend, had heart problems and one morning he didn't answer the phone.  When I went to his house I found him on the floor and there was blood in three rooms, on furniture and walls.  He had fallen and had broken his nose.  He then had a heart attack and died.  I was told to do CPR but it was too late.  I was detained for four hours since it looked like a crime scene.  It was a…

On April 18, 2013 at 3:42AM.....She simply stopped breathing. We had been together for 27 years and had known each other for over forty years. Though that may sound like a very long time - it wasn't long enough. We were not through with our life together. She had Lung Cancer and she didn't seem to be suffering but how was I to tell. She was so cavalier. Never wanting to admit she was ever sick.

When she passed away we had just been moved to an assisted living facility. I was…

Oh - To Have Known Her

We had known each other for over forty years spending the last 27 as Partners. If she suffered before she died I never knew about it. She was very cavalier never wanting to admit that she was sick. I watched her lose weight and stop many of the activities she so loved. She was so intelligent and…

I have never posted on a website before so I will make this brief.

I lost my Life Partner on April 18th of this year. We had ben together 27 years and had known each other for over forty years. At 3:42 AM she simply stopped breathing. She had Lung Cancer. Our togetherness was as excellent as you can possibly imagine.........and we were not through with our life.

She promised me that she would always be by my side and now she is gone  forever. She was a beautiful woman;…

I lost my mom 7 months ago today but it feels like yesterday. She was my best friend. She had a massive heart attack. Life without her is so sad. She was so funny and full of life. Death is so cruel!

When those we love have left this earth, we still can feel them near. We'll see a picture, hear a song, and it’s just like they are here. And when we call upon our faith, when we believe and trust, w…

When those we love have left this earth, we still can feel them near. We'll see a picture, hear a song, and it’s just like they are here. And when we call upon our faith, when we believe and trust, we know the ones we care about are always close to us.

It’s always difficult to know ‘what to say‘ to family and friends that have lost their loved ones. Just remember, it’s not always what you say that counts, but that you have just taken the time to co…

It’s always difficult to know ‘what to say‘ to family and friends that have lost their loved ones. Just remember, it’s not always what you say that counts, but that you have just taken the time to connect, bringing comfort to others who know you’re thinking about them.