I'm feeling a bit lost. I came here as I have from time to time over the past three years to find solace with others who have lost a part of themselves too. Losing and feeling lost goes hand & hand now.

I can see that over these past few years I have grown. I have triumphed and failed over big and small  challenges. I am here. I have been enlightened. I've seen God's hand at work in so many areas. It's amazing to witness and yet, mostly I am at a loss for words- completely unable…

I felt compelled to come here today, not realizing that I had been here as recently as a few weeks ago. I feel much the same way today as I did then. I miss him and my heart aches. I hate not having him here to cheer me on, provide advice, feel the warmth of his touch & smile, .... My house has gone from being full with 6 full time occupants to 2 and it's rough. My stepson has called me on all important days like his father's birthday, Easter, & Mother's Day, which felt so good! He…

It's been a year and a half since Larry left for work, left this world, left all of us he loved & loved him. It's still beyond painful. I haven't seen my stepson in 6 months as of May 1st. Larry's 40th birthday would have been April 15th. I have been surving many tears much like I did in the beginning, but honestly, there are only rare days when I feel as if I am really progressing. I miss him more than anyone outside this grp would ever imagine. He's gone, as I sd my stepson is now…

I  have completed 1 full year without the most important person in my life. It has been surreal. I still find it difficult to believe that this is the way it is. Death is not supposed to happen. I feel kind of like a fake- like I'm not really here living a life- I just look like I am to some people who don't know better. I have aged a good bit over the past year. Larry was 8 yrs younger than me & always sd. he was keeping me young, to which I would reply I looked older next to his baby…

Will this flood of pain & sorrow, grief & agony, self pity & lonliness, confusion & regret, longinging & hope, that consumes me, that pours from me through tears, that clouds my thoughts, steals my breathe, grips my soul, will it ever end? Will it continue until I too draw my last breathe? My family and friends have lost the mother, daughter, sister, and companion they once had, not as I have lost the one I love and adore, but they suffer a loss just the same. I will never… Continue

The night of August 25, 2010 we experienced what my son refers to as an "epic" storm. At any moment our house could have been torn apart, wind, rain and lightening kept our family from sleeping even though our bodies were exhausted & needed rest. Larry forced himself out of bed at 5:30 the next morning as I silently watched him brush his teeth, get dressed & slip out the door. It was the last time I would ever see him. In less than 3 hours he would no longer be a part of this world…

Every story has a problem.

I remember my daughter coming home from kindergarten & to my amazement she said rather matter- of- factly, that every story has a problem; no problem = no story. Our life is our story and we all have problems large & small. It's how we react to the problems that reflect our character. Larry's death certainly caught me off guard. He was 8 years younger than me, and only 38 yrs. young. He was healthy, strong, optimistic, deteremined and he was everything to me. Now you see him &… 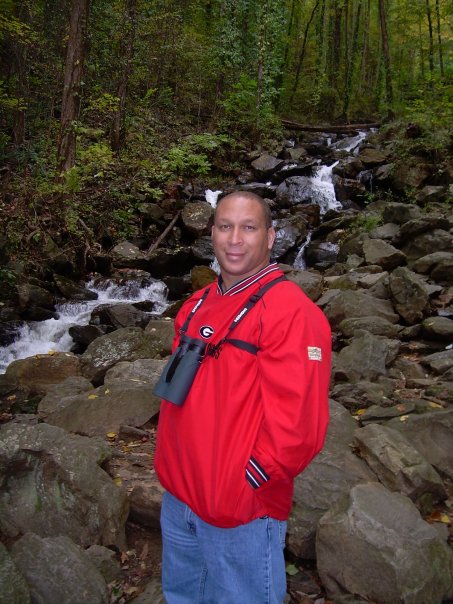 We spent an awesome weekend in North Georgia visiting pumpkin farms, hiking the falls, visited a kangeroo ranch, went through a craft fair, cruised through an antique car show, shopped the outlets (that was his thing -really!) and we ate some yummy food! 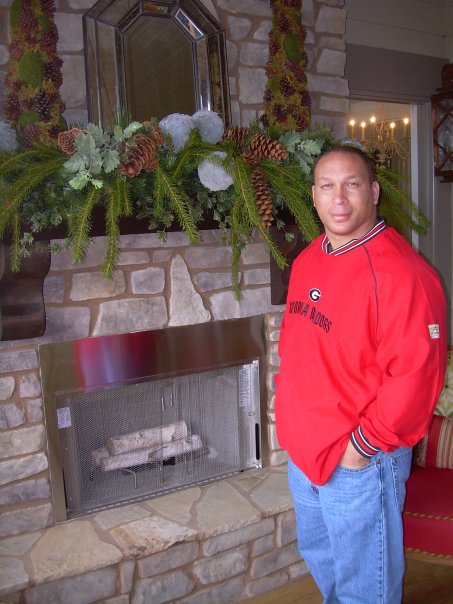 This was taken at the Dream House. We were planning to purchase our "forever home" within the next couple of years & were looking for ideas. ﻿He enjoyed every minute of our trip as much or more than I did. God knows I love this man! He filled my life with adventure & joy. I miss him more than words could ever express. Not a minute passes that he is not on my mind &… Continue

Claire Nyiti is now a member of LegacyConnect
14 hours ago
Welcome Them!