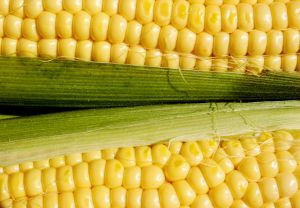 When our two dads were still with us, both of them World War II veterans who knew their way around a kitchen or two, we happily indulged in whichever recipe was prepared for us with their loving hands and well-worn skillets.

My dad – George M. Soper, a fast living New Englander transplanted to Florida where he daily walked the beach and played tennis – liked to flash fry his corn in butter. Bo’s father – Bill Holland, a golf-playing Southern gentleman and quail hunter – turned his corn off the cob into a creamy stew. He cooked and talked at the same speed: s-l-o-w.

In both cases, the main directive is to buy waaaay too much corn – preferably Silver Queen – when you’re having it for dinner. A dozen ears for two? Why not! 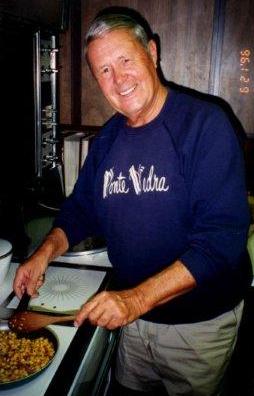 This is a great accompaniment to fried eggs and bacon in the morning or with a summer supper of just about anything.

The Holland recipe for fried-creamed corn is a little more complex:

Whichever way you choose to go with the corn and the butter, you won’t be disappointed. If your dad is still around, fix it for him with our compliments. In any case, Bo and I will be enjoying some over the weekend – maybe we’ll even have it both ways! – and will be swapping stories about our dads along with their recipes.