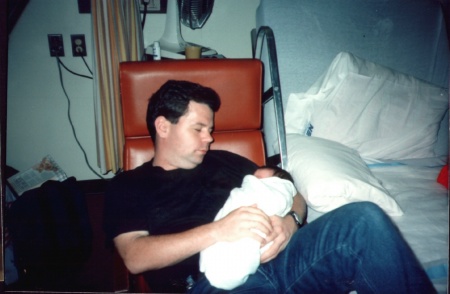 Here I am on the eve of Father’s Day; a day that is supposed to honor fathers.  Instead of looking forward to the little homemade gifts and cards, I dread the thought as I grieve my son’s death.  My Timothy gave it a purpose.  I have fifteen years of Father’s Day memories that came from my son – from a Hallmark card written by his mother a month before his birth, construction paper cards made in the kitchen with paste and crayons, a travel mug filled with Reese Peanut Butter Cups Minis, or a trip to the movies or a DVD of a movie I had wanted.  Sometimes it was a cake and a card, sometimes it was an order out pizza and a night watching a rented movie.

As Tim grew older, I felt him pulling away from being the little boy I loved to become a young man that I respected and loved.  His was a gentle soul.  I had him learn to defend himself, but he chose instead of making a fist his hand was extended in friendship.  Tim loved to draw and write little stories.  I wish I could take all of the credit, but it was also his innate talent.  He felt awkward sometimes because he was left handed and was sometimes criticized for his penmanship.

I can’t help but feel alone this Father’s Day, even though I have two little girls whom I love no more or less than my Tim.  My thoughts are still in that Emergency Room where he died.  My thoughts are slipping to when I received the phone call to come to the hospital.  I have dealt with my false-guilt and continue to attempt to vanquish it from my spirit.  I felt if I had done something different I would not have had to face the tragedy that has changed my life and ended my son’s life.  I sometimes, a lot more times than I should, feel that way.

I can’t stop this day from coming.  I can’t ignore it.  I am a father.  I am a daddy.  My friends tell me I am among the best fathers they have ever known.  Before my son, the holiday meant very little to me.  My own father was hardly acting as a father or a dad; I was distrustful to bond with my step-father.  But the moment I looked into my son’s eyes, as I nursed him for the first time in his life, I promised I would always love him.  I made that promise before God and angels.