Never stepping over the line, my late husband’s suicide was an especially hard concept for me to understand, for what goes more against societal rules than taking one’s own life?

I believe part of the lesson I needed to learn was that it is okay to put a toe over the line now and again, and that the world will not stop in its tracks if I do something just for me. I also had to learn to allow myself to consider my own well-being while tending to those around me. Being a people pleaser, ultimately, the lesson was learning that receiving is just another form of giving – that is, by receiving you are allowing the giver to receive his/her own satisfaction in that act toward you.

In my quest to put these lessons into action and do something just because I wanted to, I decided to have some light-hearted fun while doing something very out-of-character. I auditioned for two game shows that were having tryouts in my home town!

My first foray was with The Weakest Link. I had never even watched the show, but I thought it might be fun to see what it was all about. There must have been 500 people all vying for 10 spots. After filling out the paperwork, we were instructed, one by one, to stand up and state our name and one sentence about ourselves. Ann Landers had passed away shortly before this tryout, so I told the interviewer I was an author of self-help books and that since Ann was gone I was fully prepared to take her place. I guess that was a memorable statement because I was picked to go on to the next round where a mini-version of the game was played. I did not make it through this round, but it did give me the confidence to try again.

A year or so later, I saw an announcement on TV for open auditions for the Pyramid game show, which was making a comeback with host Donny Osmond.. I quickly wrote down the 800 number and rushed to make my appointment. After many thwarted tries and continuous busy signals, I finally reached a live person. Before assigning me a time slot, I needed to answer various questions. The one I found most interesting was -- "Are you a presidential candidate?" At the time, I thought -- could you just see George W. Bush on this show? Somehow I didn't think he had the appropriate verbal skills!

Anyway -- I was in! Prospective contestants were advised that the producers were looking for people with a pleasant smile; good verbal skills (who knew I would finally get to use my college degree for something purposeful?); and someone to whom the audience could relate and like right away. As I prepared myself the morning of the tryout, I struggled with the most important question – what should I wear? Should I appear demure or were they looking for a bolder look to liven up the show? I opted to not push the envelop and settled for middle of the road -- not too demure and not too bold; however, I did wear red pants, so I would stand out. Of course, many other people had the same bright idea, and I simply melted into the sea of red – and it did not part in my wake!

Traveling for a good hour, the mall where the tryouts would take place loomed large across the freeway. I parked, and as I approached the designated meeting place, I saw the line had already started.

As we stood there, the production assistants gave us name tags and took our picture with the person standing next to us. About 15 minutes later they came around again to distribute the pictures. They tore them in half and gave each of us our own picture. One person on line remarked -- it's just like a break up when you keep the picture of yourself because you liked it and discard the other person.

The appointed time arrived, and we were let into the room where we filled out an application and watched a tape of the show to acquaint us with how the game is played. A 30 question test was given. Five items were named, and we had to put down the category name that tied them together. Stated at the outset was that it was a difficult test and not many people would be left.

I really didn't think it was that hard and was sure I got the answers right (of course except the one I had no idea about and had to skip). Unfortunately, the judges were not in agreement with me, and I didn't make the cut. Of the original 75, all but 8 were dismissed with the proviso that we were welcome to try out again in six months. And with that, my fifteen minutes of fame (and a possible $25,000) slipped through my fingers.

There was a happy ending though -- that was the night I met my current husband, who lived on that side of town – a place I rarely visited.

So the point of this tale is -- sometimes feelings of grief, although indicative of a great loss, allow us to be brave enough to have new experiences of which we never could have conceived. Life is for the living, so grab hold and have some fun! 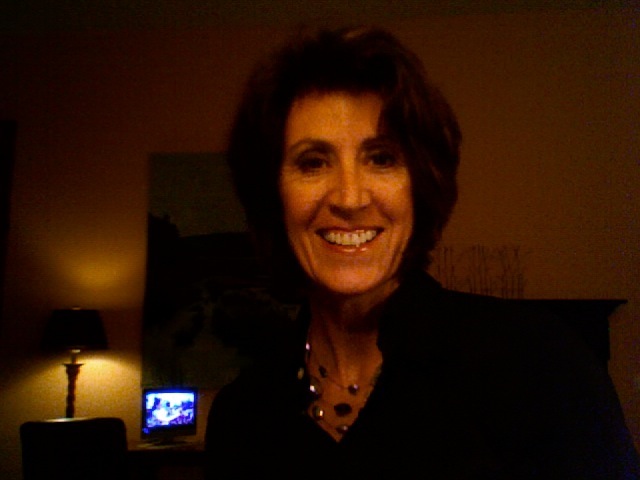 Comment by Susan W Reynolds on January 26, 2010 at 7:51pm
Great story and great faith to try something new without allowing failure to overshadow your journey. Often in my widowhood , I have heard from others how brave I have been. Widowhood can push you beyond your own expectations and reveal strength and creativity you never knew lay within yourself. Each day another door to open or to close. If it doesn't lead you in a comfortable direction you can change it up again. Widowhood is a wonderful time to reasses what supports you. Enjoy the ride as much as you can!
www.revivalredesign.blogspot.com

Dee m is now a member of LegacyConnect
Nov 30
Welcome Them!