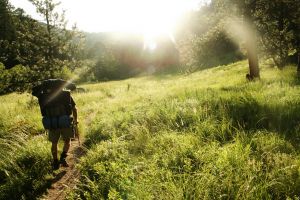 Ever since I had to write my dad’s obituary in the middle of the night with no resources at hand, I’ve been an inveterate and appreciative consumer of obits. I read them in newspapers, in magazines, online and even in books (see 52 McGs: The Best Obituaries from Legendary New York Times Reporter Robert McG. Thomas, an incredibly creative compilation of posthumous profiles). I clip them, email them, excerpt them and, always, learn from them. Sadly, I often discover amazing attributes about people I thought I knew a lot about – until they die and their obit reveals something startling, impressive, erudite or quirky I wish I could talk to them about. Too late.

Well, too late it may be for conversation with that person but an obituary is still an enduring record and one which could spark discussions among friends and strangers alike. I can’t even guess how many times a friend has said, “Did you read the obit about….?” – and how many times I’ve gone back to dig out that particular “story.”

The reality is, these days every obit can be a story. The days of the “just the facts, ma’m” have been eclipsed by an almost fervor to pay tribute to a loved one with more personal and colorful items that will keep them alive in memory and spirit.

I used to wonder, Who writes these things and how did they come by so much detailed information? Having written many myself now – most as a labor of love for friends – I know some of the answers. Some people keep multiple files on themselves and hire professional obit writers to tell their stories; family members gather dates, facts and intimate details when the time draws near; other friends and loved ones are paralyzed from planning ahead until death has occurred. Some leave it to the funeral homes and their standardized forms to recount the basics of a life story. And, these days, it’s also not uncommon for someone to write their own “final résumé.”

Having sat with grieving spouses and children, capturing their memories on my computer to forward to our local paper, I have seen how much a collaborative effort can add to the final product.

Yes, all of those tidbits appeared in obits I’ve clipped. They are the essence of what brings a person to life – and keeps them lively – whether in print or online. They are what make us smile or tear up when we read them. In my case, even if I didn’t know the person! That’s just how powerful obituaries have become.

Here is one of my all time favorites – the only one I can remember with an actual title:
A Life Without Furniture. Check it out.

This was written by our son at his dads request-everyone who knew Don thought this was perfect and that he would have loved it.

Cremation rites have been accorded. Private family services will be held at a later date.

A time of visitation with the family will be held Saturday, October 23, 2010 from 1 until 3 PM at the Durham Community Center in Durham, Mo.

Donald Megee was my father and was raised on a small farm south of Monticello, MO. At 18 he married Tereca Doscher. At 20 I came along and a family was made.

Growing up a biker’s son was a little different. Instead of going fishing, we’d go to bike shows in Kansas City. We would go camping, but not at family parks. It was a pasture filled with 100 tents, 200 bikes, and 400 bikers. I saw things at the age of 8 most grown men will never see today. But it was ok. Dad ran with a pretty cool bunch around Lewistown. I remember setting at the park when they come up with the four to forty-four club.

As Don got older the partying quit and business picked up. He opened “The Hawg Barn”, a motorcycle shop in Lewistown. He ran it for nearly 20 years. I saw that man tear a bike down to the frame and have it back together that night. Some people still say he was one of the best motorcycle mechanics in Northeast Missouri.

He left a life in a son to put into his 3 granddaughters that he loves so much. Dad met a brother, sisters, nieces and nephews that were thick as blood. Don also had everyday friends he would see that are going to miss him.

I think he made his way around for the last time going here and there, not telling anyone it was the last time, just to visit one more time.

He never kept me from doing anything I wanted to do, he just wanted me to be true to myself, and do what I thought was right. My dad, the rebel, the legend, has turned a bolt on everyone’s heart he met. Don Megee, Dad, be free.