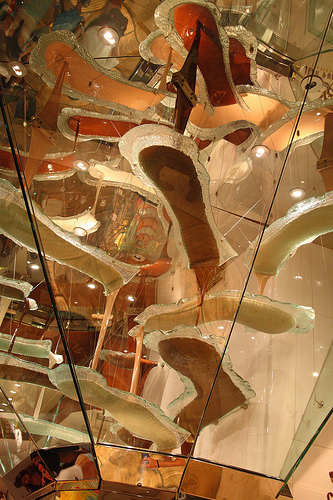 The Sunday night drives to Howard Johnson’s for a quart of hand-packed chocolate ice cream (the superior brand in those days) to be eaten with salted peanuts sprinkled on top; the nights in front of the TV when my dad would devour an entire column of Hydrox cookies and a quart of milk; the cottage pudding recipe from The Joy of Cooking which my mother made for us on special occasions; the chocolate sauce she made on snowy nights (also from Joy) that hardened as soon as it hit the ice cream; Ovaltine on those nights when nightmares surfaced; and the rapture over chocolate ice cream from Bailey’s of Boston.

There were individual boxes of Whitman’s Samplers for us on Valentine’s; in our Christmas stockings, Droste chocolate apples that, with the right whack on a table corner, fell into perfect “slices;” the most deluxe, never hollow, chocolate Easter eggs and bunnies.

When I went off to college, Dad shipped chocolate covered pretzels from Fanny Farmer to my St. Mary’s College dorm. For my 40thbirthday black tie dinner, the party favors at each place were simply, and elegantly, plain milk chocolate Hershey bars.

As adults, we all picked over the boxes of Godiva chocolates and shared his Hershey kisses – he called them “pills” – in his Ponte Vedra, Fla. kitchen. We visited Christian Constant in Parisfor its celebrated cocoa that was, finally, a chocolate almost too rich, too luscious to finish. 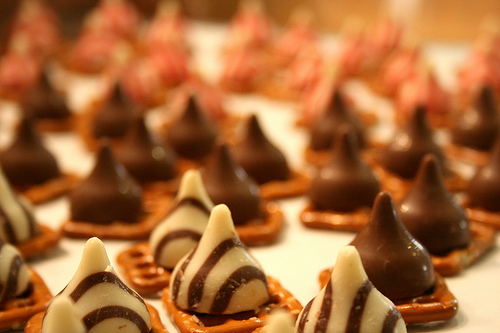 Yes, my sweetest memories are dipped in chocolate. And the bittersweet, too.

This week, my dad would have turned 90 and I happily followed the same ritual I have enjoyed every year since his death in 1996. 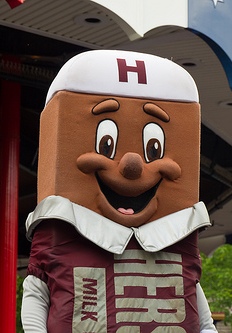 I buy 100 of his favorite Hershey bars – no nuts, plain milk chocolate – and just hand them out, randomly, to people I cross paths with on that day.

This year, they included my physician during my annual physical (good thing by blood sugar was down a bit!) and her staff; the valet parking guy at lunch; the young doctor whose New York City apartment I camped out in with his mother over the weekend; the woman at the toll booth and the cab driver to LaGuardia. Of course my husband got one of the first, and the two couples we had dinner with Sunday evening delighted in their “dessert” gift, as did my breakfast companion and a newspaper reporter writing about my book ObitKit. The UPS man who delivered china I bought in New York was totally caught off guard as many people are – but not unpleasantly!

And, really, the treat is all mine, being able to share a few words about George Soper with friends and total strangers, keeping his memory alive with a smile.