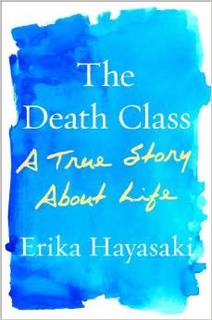 In yet another example of how death is creeping more and more into our collective conversations – openly, candidly and practically – a number of college level courses are being offered on the topic. And not just for future morticians! Philosophical, forward thinking and cathartic, even, here are just a few examples of current course descriptions.

From Kean University in Union, New Jersey: Death in Perspective – The past, present and future individual and societal concepts of dying, death and bereavement, death education and exploration of related ethical issues. A field trip is required.

Open Yale Courses (audio or downloadable videos): This course will examine a number of issues that arise once we begin to reflect on our mortality. The possibility that death may not actually be the end is considered. Are we, in some sense, immortal? Would immortality be desirable? Also a clearer notion of what it is to die is examined. … And, finally, different attitudes to death are evaluated. … How should the knowledge that I am going to die affect the way I live my life?

Boston University: Death and Immortality – Examines death as religious traditions have attempted to accept, defeat, deny or transcend it. Do we have souls? Do they reincarnate? Other topics include cremation, ancestor worship, apocalypse, alchemy, AIDS, near-death experiences, other-world cosmologies.

The class at Kean is said to have lines of students waiting to enroll. Journalist-writer-professor Erika Hayasaki participated in the class and wrote a book released this year – The Death Class: A True Story About Life (Simon & Schuster, $25) – which tells not just the story of how the syllabus plays out, but also of a handful of the students and the impact the class had on their young lives.

Dr. Norma Bowe, Ph.D., R.N., M.S., CHES – and tenured professor in the college of education at Kean – is the energetic force behind this popular course. Bowe takes students on field trips to a graveyard, a mortuary and a maximum security men’s prison. One class even went to Virginia Tech to pay their respects after the shootings there.

Assignments for the class have included the following:

When asked to tell about their class experience, one student wrote: “One of the reasons I took this class was to relieve some of my anxiety about death, and I feel like I have. … I cannot allow fear to control my life.”

Hyasaki – now an assistant professor in the literary journalism department at the University of California, Irvine – had an early experience with death and the taboo of talking about it in high school when her good friend Sangeeta Lal, 16, was murdered by her boyfriend. Hyasaki wrote about it for the school paper and was reprimanded by a teacher for writing “such gory details about a classmate’s murder.”

Hyasaki writes, “It was then I realized how taboo the subject of death was and how scared people were to face it.”

Several years later, on assignment in New York for the Los Angeles Times, Hyasaki learned about Dr. Norma Bowe’s popular class on death at Kean University in New Jersey and signed up to cover and participate.

In an interview with The Atlantic, Hyasaki said, “There are death cafés, death dinners, a death salon. I went to a weekend-long event on death in L.A. that brought in various scholars and other people talking about death. But these things are happening with young people and baby boomers, and it’s clearly a reaction against how our society has traditionally treated death. Death has been so sanitized. We’re afraid to talk about it. That’s changed since the 1960s. Before then, you never had these discussions in the open. But now it’s changing even more. People want open, honest discussions about it.”

And many of the students, she points out in the book, “needed to process a personal experience with death.”

A review of the book in The Boston Globe said, “Students are drawn by Bowe’s galvanic personality and the chance to ponder basic questions about what constitutes a good life and a good death. This is not the abstract contemplation of a typical college seminar; students end up confronting fears and traumas from their own lives.”

And, in some cases, how to move forward. After a class visit to a hospice care facility, one young woman wrote, “They are people who have lived their lives and are probably wiser than any of us, but they’re facing death and disease. I can tell that some of them feel embarrassed that they are in that condition and I’m going to spend as much time with (my grandparents as) I can and ever miss a chance to tell them how much I appreciate them.”

Death (our enemy) is something that we all fear. When you gain insight about death, it's gives you peace. Thanks  for the research ..."The truth will set you free" - John 8:31,32

Deanie Taylor is now a member of LegacyConnect
12 hours ago
Welcome Them!