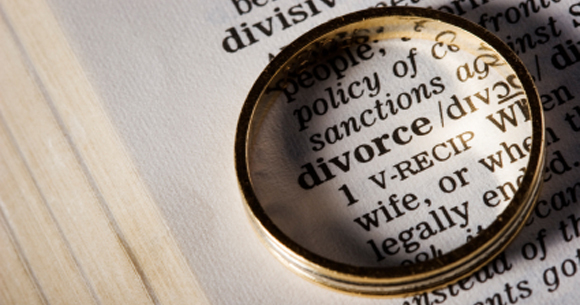 Q. In the last year or so, a divorced acquaintance told me, "Divorce is just as devastating as the death of your husband." Another said, "Divorce is worse." The remarks came from out of the blue. I felt shocked, but let both comments go. It was as if we were competing for the title, "Who suffers most?" Why do people say such things?

Others have told me of similar experiences, and the statements are, at the least, insensitive. Yet on reflection (and after some research), I think there can be complicated reasons for making the remarks. Divorcees and widows have a lot in common. Both suffer life-changing losses emotionally, socially and often financially. They both lose roles and, often, status.

Couple friends can drop either of you when you're no longer half of a pair. The relationship balance changes when a foursome becomes three people – and some friends don't know how to deal with (or feel threatened by) the new situation. It's, "Could the same thing happen to me?" That's why it's a good idea for both widows and divorcees to find some new friends (perhaps each other) to fill gaps and transition into new lives.

Yet there are also differences. Widows tend to be surrounded by sympathy and support, which some divorcees bitterly resent. The latter can face an element of shame instead. "There's the sense you failed or didn't work hard enough on your marriage," explains one woman. Feelings of betrayal and rejection are often part of the fallout. Divorced women may also perceive widows as financially better off due to life insurance. Says one widow, "I was left with two children when my first husband died in his 40s. I couldn't believe it when a divorced acquaintance told me, 'How lucky you are.'"

Divorcees can also lose relationships with in-laws, depending on the circumstances. For example, let's say your husband's sister became your best friend after you got married. She may feel unable to continue to see you if the divorce was your idea. And women leave marriages more often than we tend to realize. In 2004, AARP released the results of a survey of people who were divorced in their 40s, 50s and 60s. The research found that 66 percent of the divorced females had initiated their splits.

I experienced this same thing when a divorced friend right after my Tim died told me how she is able to relate to my situation.  The final difference is that the divorced person has the option to speak with, see, interact, touch, smell, hold, take for granted their ex-spouse.

By the way, this is a universal experience for all surviving spouses, not just women, so if you're going to espouse on spouses it'd be more universally appreciated if it were kept neutral.