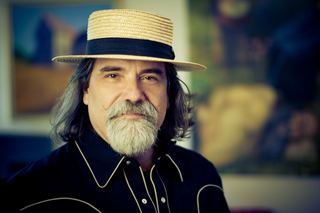 Edwards was interviewing country musician Darrell Scott, a Nashville singer-songwriter who spent many years writing songs for other well-known singers such as the Dixie Chicks and Tim McGraw, but has a new album, his sixth, called Long Ride Home. He is currently taking the album on tour in the U.K. and then the U.S. through the summer and fall. But much of this extended interview (that’s what so great about this Sunday show – the depth that time allows for people and topics) was devoted to Scott’s relationship with his dad, Wayne Scott, a steel worker who died this past December in an auto accident at age 71. Having grown up on a tobacco farm with a dozen siblings, Wayne lived and worked an abundance of good material for country tunes!

You’ve got to love a man who names each son with a name beginning with the letter ‘D’ looking ahead to a day when he could have a band called Wayne Scott and the 3 Ds. 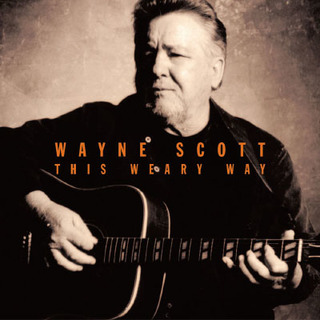 Wayne Scott dreamed of being a country singer, always, but didn’t cut his first album until 2006 when Darrell set his dad up in his Kentucky living room to record his “pure and true” original country, mountain music. After playing one gig in a dance-and-drinking bar where the audience wasn’t really paying attention and wanted to hear country covers, Wayne had just about given up on ever being heard.

“This recording may be the documenting of one of the most authentic country artists you’ve never heard,” Darrell writes on his website. “You be the judge… he doesn’t understand why we have done this recording. Maybe you will.”

The album produced, This Weary Way, eerily includes a song called “Crash on the Highway.”

Before he died, Wayne had written out a playlist of songs he wanted for his funeral. Like many people these days, he was just planning ahead, making his final wishes known to make it easier on his family, giving them and himself some peace of mind. Hank Williams’ song, “I’m So Lonesome I Could Cry” was first up at the service, and while it was Hank’s recording that played, the Darrell brothers – there are actually five not three – sang the rest of them.

In writing this blog, I discovered that Terry Gross had interviewed Darrell and Wayne on Fresh Air almost six years ago. It’s worth a listen.

In the spirit of an ongoing Father’s Day, listen to Wayne Scott singing Sunday with My Son.

And to read more about Darrell and his dad, and hear their music, visit Darrell's website: http://www.darrellscott.com