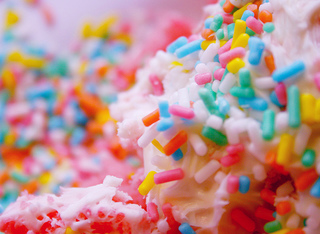 Oh, they still include the basics – born on, lived in, learned at, worked for and left behind – but there is much more to celebrate about lives these days: traveled to, cooked for, partied with, danced to, loved, collected and cultivated.

Families (and even the deceased themselves) are writing more descriptive and personal short stories filled with minute details, eclectic eccentricities, and, often can-you-really-say-that-in-print pieces to pay tribute. In some cases, yes, you can say that. But should you?

I read about people I know and people I never met and often come away with a smile on my face about how they are portrayed in this final portrait. I love learning about people who collected hot sauces, wore nothing but second-hand clothes, emigrated from Cuba, or were cremated with a pocket full of family photos.

These kinds of colorful recollections practically jump off the page for me.

Here are some I’ve collected in recent years that should give you an idea of just how creative and colorful you can get these days.

To me, these all paint an image of a real person with some unique characteristics worth remembering.

There have been others, however, that have gone too far in telling the truth and too much of it – and then it ceases to be fun.

When I see someone referred to as a “drunkard” it makes me wince. On the other hand, when someone is referred to as “a friend of Bill,” it is a meaningful reference to their being a recovering alcoholic and member of AA, co-founded by Bill Wilson.

Or if there is too much about chasing after women or failed business pursuits, it feels like “too much information.” You don’t want to be so positive in writing an obit that the deceased person becomes unrecognizable in print, but it’s not necessary to spill all the beans about their shortcomings. And it’s possible to do all that in an upbeat way that will keep that person’s particular spirit alive and remembered.