Feeling Guilt After Your Spouse Dies 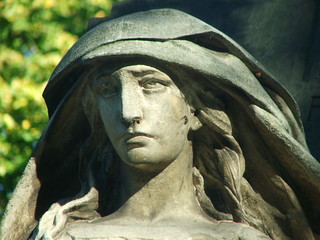 Q. My husband was killed in a job-related accident, and I can’t get past the responsibility I feel for letting him go in to work that day, which was his day off. We needed the extra money, but I keeping asking why didn’t I say, “Stay home. We’ll manage.” How do I cope with the guilt?

Who doesn’t have thoughts of “would have, should have, could have” when grieving for someone we love? It’s common to beat ourselves up obsessing over “what if” and “if only,” especially if the death was completely unexpected, as in your case. You didn’t have a crystal ball. This accident was a bolt from the blue. It’s a terrible tragedy, but you are not to blame for it. You had no control over what happened. “This kind of guilt involves a thinking error. It isn’t based in reality,” says Rebecca Gladding, MD, a psychiatrist and research scientist at UCLA School of Medicine and coauthor of You are Not Your Brain.

Dr. Gladding suggests that one way to break out of such guilt is to ask yourself, “What would I say to a friend who told me she felt guilty about the same thing? What would I tell her?” The answer is “Give yourself the same compassionate love you’d give her.”

One widow told me she felt guilty for yelling at her husband when he balked at taking his medications (six or seven of them)—three times a day. It became a dreaded ordeal for her and she blew up. Now that she must take medications herself (fewer than his), she hates doing it and understands how he felt. “Why wasn’t I more patient and loving?” she asks. The fact is she’s only human. She was frightened by his deteriorating condition and overwhelmed by all her caretaking responsibilities. He had been ill for a very long time.

What would you say to someone who feels guilty because she didn’t spend all day, every day at her late husband’s bedside when he was repeatedly hospitalized for many weeks at a time? She had to take breaks to keep herself together emotionally. I’d say, “You had to keep the rest of life running, be an advocate, and handle other things. Be kind to yourself.” Such guilt springs from unrealistic expectations of yourself, which can get you into trouble and hold you back unnecessarily.

Florence Isaacs is a freelance journalist, author—and a widow herself. Her books include My Deepest Sympathies, When the Man You Love Is Ill and Just a Note to Say...The Perfect Words for Every Occasion.