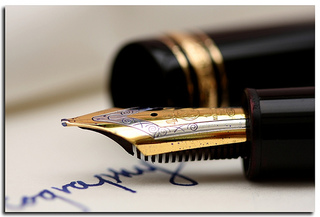 It’s becoming more common for people to get involved in their own obituaries, but it happens in varying degrees. I once wrote an obit for an elderly doctor who had Parkinson’s; he hired me to collaborate with him to make sure every detail in his accomplished life was correct before the time came. His stories and accomplishments were told in the traditional third person. He didn’t die until three years later but the family was prepared. They did some editing to the document he and I worked on and the obit was good to go.

Other folks have taken a different tact and written about themselves in the first person, telling their story as if they were still alive. Not long ago, my husband came across one such obit in the Atlanta Journal-Constitution. The gentleman, who died at 92, began his own death notice like this:

“…I was born in a section of Atlanta called West End. I went to Peoples Street School from kindergarten through fourth grade.”

He went on to detail the rest of his schooling, his first job, his return to school, his stint in the Army, his two marriages (he was widowed once), the births of his children – and the death of one daughter in a car accident. It was very straightforward and unassuming – a quiet but fulfilling life.

Others have taken a more flamboyant approach. Ellen Harper McGarr – in her 40s – prepared her own obituary before her death from cancer last year in Boise, Idaho. Here are some excerpts from her obit in the Idaho Statesman to give you an idea of her humorous nature:

An elderly woman in North Carolina used the first person – but no jokes – in her own obituary – a simple, family-filled death notice about her life well-lived and so enjoyed:

My name is Hazeline Patterson Potts Conn. I was born to Hazeline and Van Burn Potts. My journey began in Huntersville, North Carolina, May 12, 1913. There, I grew up on our family farm with my 2 sisters, Margaret and Anne…. I was predeceased by my husband, Jack, in September of 2007, my sister, Margaret Parks and my grandson, David Conn Moss of Cherryville, N.C. in 1987. I am survived by my 96 year old sister, Anne Potts McElroy of Huntersville, N.C. I was happy to know the joys of eight great-grandchildren…I lived a successful life in the hamlet of Milton, Town of Marlborough as the oldest living member of the United Methodist Church of Milton and Marlboro. I enjoyed the role of a 4-H Leader and time spent with my friends of the Methodist Woman's Quilting Bee. In my retirement years, I loved to sew and vacation at my family home in North Carolina. My name is Hazeline Patterson Potts Conn, and after 94 years of life, my journey ended on Friday, April 25, 2008 at my home in Milton.

An obituary from the Richmond Times-Dispatch in 2006, included some personal directives from the deceased:

“He had a life-long love affair with bacon, butter, cigars and bourbon…Fred asks that you make a sizeable purchase at your local ABC store or Virginia winery (please, nothing French)…”

While some of the more irreverent material in these obits may not be acceptable to those taking a more religious or distinguished view of departing this earth, it certainly personalizes the obit-writing process.

Donald Gifford, who died last year at 78, managed to combine a bit of humor with his final goodbye in this verse included in his obituary:

He made the world a better place,

Not merely by the act of leaving.

He was having trouble keeping pace,

His progeny is grieving.

His bones, alas, in inner.

He was only a moderate sinner.

Thomas McEntee, the founder of GeneaBloggers (www.geneabloggers.com) – a great resource for genealogy blogging, led me to the first-person obit of Joseph Pohlod that ran in the Akron Beacon-Jou.... I found it very poignant.

My life on earth is over and I'm resting in the arms of Jesus. I am surrounded by the loved ones who have gone before me.

He listed the immediate members of his family – living and dead. He mentioned his career with Goodyear Tire and Rubber Company, his church work, his Navy service in World War II, vacations and fishing.

Pohlod ended with this: Do not grieve for me. Be happy that after ninety-one years, I have fought the fight, run the race, and reached the finish line. I will be waiting for all of you.