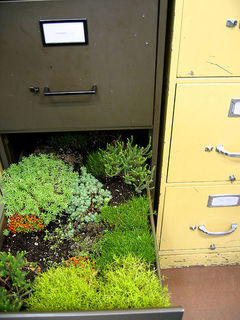 Because I am an inveterate clipper, my files on death, funerals, grieving, obituaries, rituals, anti-rituals and relationships have been mounting for over a decade. I’d like to share some of my favorites, or most meaningful, with you, providing an introduction to each with a link online. It’s a random assortment that has resonated with me, growing up and growing older.

I hope you find something of value here, too.

Paying Respects on the Web

It was inevitable, apparently, that funerals and memorial services would join the other online social and celebratory sites like facebook and twitter. The New York Times featured a story about streaming services for out-of-towners who could not travel for one reason or another. The online service can also be visited again and again, as it was in the case of one man whose child had died.

Elinor Lipman, a Boston Globe columnist wrote in The New York Times about her husband of 30-plus years who was diagnosed with frontal lobe atrophy. “Friends often asked if I’d write about this siege, and I always said no. Memoirs about losing a loved one are pretty much the same, I’d say: He or she is well, then something’s wrong, then it’s worse, and a lucky life changes. Maybe something short, I’d tell them, a final, unassigned Coupling-like tribute in honor of the husband who made 'long married' a fresh and funny t....” Such pieces, to me, are not always the same. Lipman writes from reality and from the heart. “It was the best funeral ever, I like to say,” she wrote. “There was a big crowd and tightly controlled program – no ramblings from an open mike, no surprises, no bores…”

Karen Schwartz lost her husband Mike, 36, and wrote about giving up a storage unit they had shared without ever opening it after his death. Sometimes letting go takes time but there are various payoffs in the end.

At the end of each year, The New York Times Magazine compiles pithy stories about mostly well-known people who have died during the year. It’s always compelling reading and a lot of it! For a shorter, one-page tribute, I loved the last page of the magazine this year – an assemblage of photographs sent in by readers of someone close to them who died in.... They are upbeat, illustrative and charming. Check them out.

Former President George H.W. Bush wrote in Forbes magazine about turning 80 and what his life was like and what he had to look forward to. “In my case, I still feel like charging ahead and living life to the hilt, but my body lags behind,” he wrote then. “My mind is out there on the playing field or on the campaign trail or circling the globe, but my skeletal structure cries out suggesting I give it a break.” Now 88, Bush has suffered some health problems but I’ll bet the spirit is still the same.

Another New Year is a good time to resolve to make sure your will is in order. It sounds so trite, so obvious and so routine. But even the late Chief Justice Warren Burger died, at the advanced age.... After his wife’s death he cobbled together a hasty one-page document adding unnecessary losses and costs to his heirs.

When her mother left some unexpected directives in her will, Laura M. Holson, an unmarried 40-something with no children, starte....  “…the thought of having someone sorting out my affairs with no input from me held zero appeal,” Holson wrote last fall. So she set about determining what money she would leave nieces, nephews and charities; asking close friends what of hers they might treasure down the road; and setting her own medical directives. Her process of inclusion and elimination is thought provoking and, maybe, even motivating.

Another thought-provoking, but not unpleasant, article about saying goodbye to those we love - - and accepting that our own life will also end someday.  I especially enjoyed reading the NY Times article by Laura Holson that you mentioned.  In fact, I'm going to share it with my siblings.  Thanks for your pearls of wisdom.