It was a garden party - our old friends Deidre and Michael finally finished the addition to their home and back yard total re-do.

Lots of people - family, friends, even had a jazz quartet from Garfield High School (no slouches - that school wins national prizes).

Vegetarian things for the unsporting.

Mixed drinks.  Wine.  Rainier on ice (for me alone).

What they (the "they") say about being the survivor in a couple is true - friends really do drift away from you and you wonder why you've been abandoned.  Again.

But I've come to realize it's me: I am the one who let go of the ties.

I guess I really did (and probably still do) need time (the other thing "they" tell you).

But what's the point?  Wallowing?  Pity, party of one, your table's ready!   Tim would tell me I've wasted the last 6 months of my life being consumed by my own regrets.  (Or, "get over it".)

So I went.  And I didn't burst into either tears or flames. 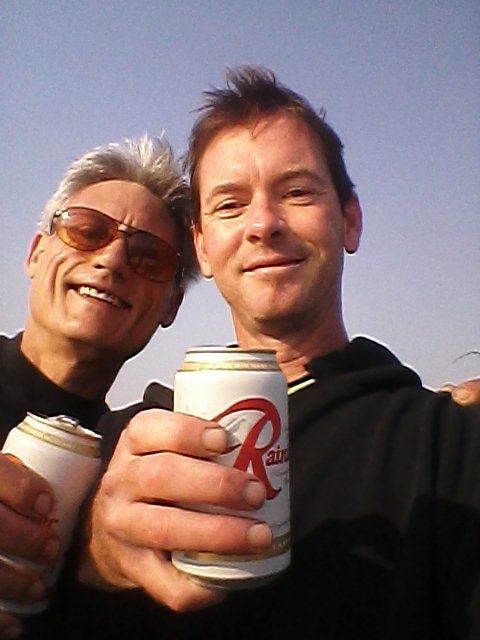 Comment by Andrew McCullough on July 22, 2015 at 6:08pm
Hey, Brad. I think I sent you a message on this clunky site but can't tell. I'm technically a technological moron.
I wanted to convey that I agree, you and I have been experiencing the same heavy emotions, that we should talk. I haven't been to a therapist because I don't have much patience. And, frankly, I kinda look at them as emotional prostitutes - being paid to care. That's just me, though, the eternal cynic, probably proving the point that I actually do need therapy!
Irony: the opposite of wrinkly
If you ever want to just spew at someone I'm here for you and it's on the house : )

Thank you, Heatha - that made my day.

As you can probably tell I'm a very patient person ...but only to a certain point : )