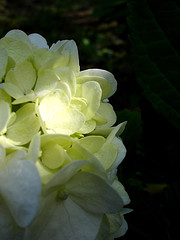 A. An In Memoriam ad is appropriate on the anniversary of a loved one’s death or birthday. For example, I recently saw an In Memoriam, placed by a son, on what would have been his late father’s 100th birthday. The father had died many years earlier. Other popular times for such ads include holidays like Father’s Day, Mother’s Day, Easter, Valentine’s Day or Christmas.

An In Memoriam may also appear right after a death. When playwright and director Arthur Laurens died in May 2011, two friends placed an ad featuring a simple black border and three words—“Arturo, te adoramos”—in a field of white space. The friends’ names followed as a signature. An ad that appeared over a year ago for novelist J.D. Salinger read, “J.D. Salinger, 1919-2010.” A paragraph from The Catcher in the Rye followed.

An In Memoriam can take the form of a display ad, as in the cases of Laurens and Salinger. Or you can place an In Memoriam notice in the obituary listings (with or without a photograph), as was done for the father’s 100th birthday.

When deciding what to say, try to speak from the heart. Perhaps think about what you’d want to tell your daughter if she was before you now. Even one line can say a lot, such as “I miss you, Sarah, and always will.” On the other hand, some families write “a letter” to the loved one or quote a favorite poem. The newspaper may provide sample verses to choose from, if you wish.

To place an In Memoriam, call the paper’s obituary department. The staff can answer your questions and offer suggestions on format and available options, which may include color and/or a selection of decorative borders. Or check the paper’s website, which may list prices and other information. Rates do vary. A publication might charge $45 for 1 column x 1” on up to $270 for 2 columns x 3”. Another may charge $13+ per line. You’ll pay more at a large circulation daily than at a small paper. A premium may be charged for publication on a Sunday.

Comment by francine l dalton on July 11, 2011 at 12:32am
i put in an ad in my newspaper on the 4th of july for my daughters 1 year anniversary of her passing. went to the tributes/announcements dept. they showed me a book with prices and styles and it was the best thing i could do for her and  for those to remember her. there really isnt a time line to stop doing this. i plan on doing it every year. its how you feel about it. after all it was your loved one who passed. i a glad i did this ad. its was 226 for a 4in by 3 inch ad. write what comes from your heart. hope this helps any of you wanting to do this. it helped me feel a little better remembering her this way. i even got  the tribute in a frame next to her urn. take care