Is There Really Overcoming Grief? 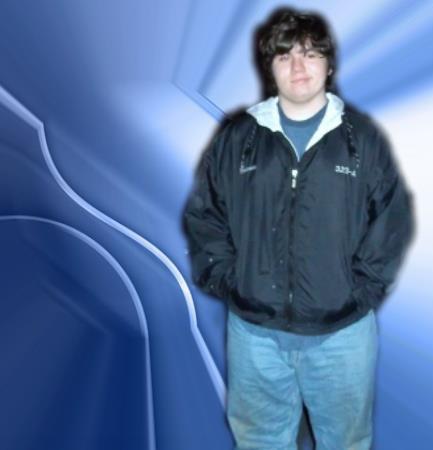 To be honest when it comes to the grief of losing a child there is no getting over it. It’s a misperception in reality. It is moving through it. Imagine being immersed in a giant bubble. The more you push against it, the more resistant it is to breaking through. The bubble is a part of you – a manifestation of sadness, loss, anger, and questioning faith – at least in my case. Every one grieves differently. Still, getting over the grief? No, I’m sorry and other grieving parents can agree. I learned, as a human being, to assess, adapt, and overcome. I may still be a prisoner to my grief, but I have learned to move forward, walk, talk, and BREATHE. It’s still a barrier from some human comforts. It distances me from others…some by their choice because they are uncomfortable around me. Their loss, not mine – I know I have changed.

My son Tim was killed nearly a year ago, I can still see his body on the hospital gurney. Lifeless, warm and cooling, the blood pooling on the floor as it dripped from the gurney; the nurse tried her best to block it from my view. I do love her for that. She held me up, she cried with me…she cried for me; she cried for Tim.

I go to counseling to learn how to deal with the emotionally skein that has been woven over the past eleven months. I occasionally visit my parish priest for a little spiritual guidance. I write to express my love of my son. Still there is no overcoming grief. I have learned that I need to master my grief and not allow it to master me. It took time to be aware of how it was attempting to take over and replace me like a hellish version of The Body Snatchers.

I fell into this Wonderland…no a new unknown circle of Hell that Dante never considered. It’s a Hell that I as a parent question everything I have done up to the very moment I told my son was dead. I question did I anger God? Did I offend God so much that he took my son? But that opens up the subject of the well meaning condolences that do nothing except make me want to scream “What a stupid remark! Hey God, are you listening? Take this person before they pollute the gene pool further!”

It was God’s plan. Really, I don’t recall anything in the scriptures saying God works on a plan for children to die and rejoice with the choirs of cherubs and hierarchy of angels. I am pretty sure He doesn’t call down to Saint Peter saying “Hey Pete, I got another one coming!”

It was Tim’s time. Really? Was my son born with an expiration date? No.

You have other children. I know this. But you see my best one was killed, so I am giving up on the others because I just don’t see the point.

I don’t think he suffered. My son’s death certificate reads Cause of Death: Blunt Force Trauma. He may have been unconscious and dying when he was laying on the asphalt while two teachers administered CPR and a priest administered Last Rites; but I am pretty sure he still felt pain. I am very sure he fought to stay alive.

Still some time has passed. Some healing has begun. What gives me the strength to carry on is knowing that I must. Where did that strength came from? Was it some hidden reserve buried deep in my psyche? To be honest it came from the kids that Tim went to school with at Archbishop Ryan. It came from strangers wanting nothing in return offering their friendship…yes they are rare, but they do exist. It came from my brother and sister cops that stood by me and supported me as I buried my son. It came from people that have been my family, not just blood relations but those that share going through other losses and life changes.

Still there is no overcoming loss. There is no happy ending. There is no real peace. Its nights spent curled up on the sofa in the late hours feeling the hot sting of tears because the house is too quiet. It’s the time when the memories put to the back of the mind for the day scream to be released like the demons in Pandora’s Box. It’s going to the toy store and seeing something my Tim would like and having to put it down because I realize it’s a reflex of love wanting to bring him a present. It’s driving down the highway listening to the radio and the DJ spins Tim’s favorite song and I choke on the phlegm trying to sing the words to American Pie.

All I can honestly say is there are moments of solace. Recently the kids at the school organized a wiffle ball tournament to raise money for the scholarship in Tim’s name. The school will be helping us memorialize Tim by planting a tree on the campus. A few months ago the school added Tim’s name to a wall of those alumni lost to the Grim Reaper. To these kids, I say find your own second star to the right and straight on ‘til morning. Don’t lose sight of how you are inside, and never let anyone deter you from your dreams.

I may show a strong face when necessary. I may show a happy face during events. However, in all honesty, my heart is shattered. The repair is slow and will not be complete ever. All I have done is compensate, not overcome. I am still enveloped in this bubble of grief. I have only learned to not let it hold me back from needing to live. I hold Jared Leto’s words to my heart: I will live my life, I will never regret. I will live my life, I will never forget.

Martin:  That was beautifully said and s true, we never get over the loss some people don't get it especially doctors but we go on, may not really want to but like you i have older children and even though my son was my youngest my older children still need a mom, not the same mom as she use to be but im doing my best to put one foot in front of the other one every day.  Thanks for sharing

Mireya bahena is now a member of LegacyConnect
12 hours ago
Welcome Them!