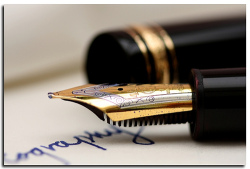 When I checked the obituaries in my local newspaper today, I found four out of the 33 stated a cause of death. Of the four, only one was specific. While it is customary to state the cause of death in an obituary, not every family is comfortable doing so. Or, the family is willing to state in general terms, but leaves off the specifics to protect privacy.

This reminded me of a neighbor’s recent death. I had been surprised to hear that she had been placed in hospice care and was saddened when she died two weeks later. It took several weeks for the details to emerge that she died of cirrhosis of the liver from alcoholism. The family did not have to wrestle with the issue of whether they would put the cause of death in her obituary; they chose not to have an obituary.

Many people choose to publish an obituary; they wish to notify the community that their loved one has died. The question of how the bereaved died does present itself; it is a question that most news media ask as well as members of the community.

When an obituary states the deceased died at home or suddenly, what does that mean? Is it a protective way to state they died of unnatural causes? If the family does not want to disclose that suicide or addiction were the cause of death, shouldn’t the family have the right of confidentiality?

On the flip side, there are families who wish to raise consciousness  of the disease or problem that caused their loved one’s death. They may mention that the death was by suicide or addiction or a specific disease to promote awareness and interest in funding treatment or a cure.

Whatever the reason for the death, the bereaved should retain the right to choose how it is reported and ensure their privacy as well as that of their deceased loved one.

Robbie Miller Kaplan is an author who writes from a unique perspective as a mother who has lost two children. She has written How To Say It When You Don't Know What To Say, a guide to help readers communicate effectively when those they care about experience loss, now available in e-books for "Illness & Death," "Suicide," "Miscarriage," "Death of a Child," "Death of a Stillborn or Newborn Baby," "Pet Loss," "Caregiver Responsibilities," "Divorce" and "Job Loss." All titles are available in Amazon's Kindle Store.

I dont think an obituary should state a cause of death. I think of cases of suicide, murder, bad habits, lethal injection....( negative things).  I just dont want to think about that stuff at a funeral. I think a funeral should memoralize positive things. Its already an emotional rollercoaster... Postive thoughts will comfort our hearts and help us endure. -2 Thess 2:16,17