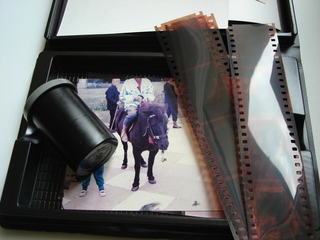 One friend was a kinesiology expert I had consulted for years, so I was shocked when I was unable to reach him on his office phone. Nevertheless, I kept trying and kept leaving messages. Finally, I Googled him to see if perhaps he had moved, and up popped his obituary.

I could barely breathe. Turns out he had died in his sleep at the age of 52, but somehow the news never reached me. His obit was at the bottom of the page, easy to miss and without that important eye-catching picture, which would have jumped off the page.

More recently, a friend from high school died of natural causes at 65. She had been in poor health, but it never occurred to me she would actually die. The heading of her obit used her first name, Mildred, not the name she went by, Carolyn, so that was one clue I missed. And again, no picture.

Of course, running a photo makes the obituary a bit more expensive and they’re already expensive to begin with – at least in big-city papers. But I encourage families to find great photos if they can possibly afford it.

My best advice is to use a good-quality picture and one that looks upbeat if not happy. I see a good many pictures of people with hats, but often the face is obscured. Less is more in this case, I say, although I have seen some men looking pretty dashing in a beret or fedora.

As the content of obituaries is loosening up and becoming more personal and colorful, so are the photographs. People with pets, people with hobbies – fish, boats, a horse, a golf cart – and people pictured with their spouse or soul mate.

A study of obituary photos, conducted in Cleveland’s The Plain Dealer, shed some light on the increasing use of younger photos in obits.

Once the decision has been made to use a picture, families often face off about which picture to use: mom at her most beautiful self at 48 or a more recent shot that might be more recognizable to the friends who knew her when she died at 81?

These “discussions” can become heated and passionate. We all have a favorite “look” of a loved one we’d like to share, but we don’t all share the same idea of what that look is.

The Plain Dealer’s picture study showed that the use of younger and younger pictures has increased steadily with each decade from 1967 to 1997. It was determined that 17 percent of the photos in 1967 were “age inaccurate” and that the percentage had risen to 36 percent by 1997.

“Obituaries and their photographs are one reflection of our society at a particular moment in time,” said Keith Anderson, co-author of the study and assistant professor of social work at Ohio State University. “In this case, we can get hints about our views on aging and appearance from the photographs chosen for obituaries. Our findings suggest that we were less accepting of aging in the 1990s than we were back in the 60s.”

It’s probably no surprise that women seem to be less accepting of age than men.

“Aging is a double whammy for women, who get hit with more ageism and sexism,” Anderson said. “Ageism seems to be increasing over time, despite our growing awareness of the issue.”

Addressing this issue in a blog, clinical social worker and psychotherapist David A. Reinstein writes, “In a kind of societal denial of the value of the inevitable, obituary notices frequently post photographs taken many years previously of the elderly person who has just recently died. I think that this is both sad and disrespectful to the larger part of the person's life who is no longer with us.”

Obit photos are most likely selected by a spouse or children, but increasingly, as people write or provide information ahead of time for their own obituaries, they are picking out their own favorite picture. Or not.

Helen Woodward Brewster of Alpharetta, Ga., said in an Atlanta Journal-Constitution interview that her husband had planned ahead, making it easier for her. The 87-year-old said she was not interested in even having an obituary and vowed to “threaten to haunt anyone who puts my picture in the paper.”