Online Dating for Widows: 10 Tips To Avoid Being Scammed 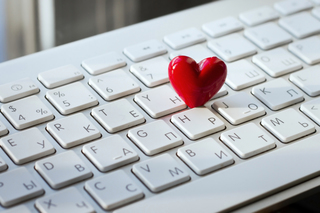 Q. I'm a widow about to start online dating. I'm a bit nervous, and also worried about how I can avoid online scams. A close friend just got burned. What do you suggest?

Over 41.2 million people in the U.S. tried an online dating site in 2014, according to the Better Business Bureau. Although many have positive experiences, and some eventually find mates, others can get hurt. The Federal Trade Commission reported $105 million in losses from online dating scams in 2013. And as a widow, you need to be especially careful to protect yourself from such frauds. Why? Because you're a prime target for shysters, who figure you're rich and vulnerable.

Con men often claim to be Americans who live or work overseas. In fact, they are usually foreign nationals who concoct false identities and "life stories" designed to dupe lonely women. They may steal the online photographs (and even a smattering of background facts) of law-abiding citizens who have no idea what's happened to their information.

How can you tell whether the great guy you've met online is a sleaze? It isn't easy, because he's probably had plenty of practice honing his skills. The Better Business Bureau, FBI, FTC and other agencies warn of telltale signs of a hoax, such as:

Vetting services can offer some protections. For example, Spokeo (www.spokeo.com), a California-based search engine, combs through the white pages, public records and social media information to help you locate and learn about someone who contacts you online. Matchmakers can be useful for vetting as well. One widow, who met a man (a legitimate resident of her city) and spent time with him, went a step further and hired a private investigator to check him out "just in case." The point is: You can't be too careful out there.

Florence Isaacs is a freelance journalist, author — and a widow herself. Her books include My Deepest Sympathies, When the Man You Love Is Ill, What Do You Say When, and Just a Note to Say...The Perfect Words for Every Occasion.

Hi There, Im speaking from a man's point of view, and from someone that lost their wife of 35 years. To start, I agree with all that was stated above. For that reason please consider having someone help you if you are not able to consider or review a potential mate from an objective point of view. There is nothing wrong with a long term friendship in order to let your relationship grow. A real professional or man will not walk away from a sincere women, and may even find admiration in your patience to have something develop.

Speaking for or from my experience, the first two (dates) I had were terrible and afterwards I shut the communication down as they both suggested love and life for ever after. Now I may be out of the loop when it comes to dating after 35 years, but I did not just fall of a turnip truck. The advise provided above is for real.

I suggest meeting  mutual through acquantances or through a safe place like a church.

Just a thought, good lucl, and do be safe

This really happens.... I was watching TV and saw a lady got scammed for thousands of dollars. The sad thing was she would not listen to her children. I do feel like some feel lonely and they want a companion. The thought of someone giving them attention is wonderful. Soon God will execute those taking advantage of the widows- Duet 10 : 18