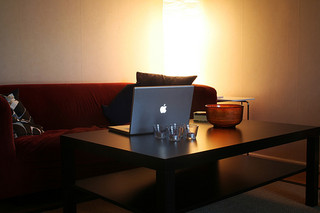 Q. My husband is hospitalized and won’t be able to attend his father’s funeral. His sister has suggested broadcasting the services on the Internet, which would allow him to watch the funeral on a laptop. Is this possible?

It is indeed possible to “attend” a funeral or memorial service on the Web today. Many funeral homes offer the service. The audience can be limited to relatives and friends for privacy—or include the general public. For example, you could have watched online the memorial service for victims of the January 2011 Tucson, Arizona shootings where Congresswoman Gabrielle Giffords was badly wounded.

The technology is a boon for people who cannot travel due to ill health. In addition, travel expenses may be financially prohibitive, particularly in troubled economic times. In our mobile and multicultural society, services can take place on the opposite coast or halfway around the globe. Even if you do plan to fly to a funeral, you may have to contend with stormy weather or other problems that cause cancelled or delayed flights.

Of course nothing can replace the experience of attending a funeral. There’s no substitute for congregating with family and friends to share feelings and grieve. You can’t cry together, hug, hold hands, and feel comfort and community in the same way if you aren’t physically present. But a webcast can be the next best thing when the alternative is missing the service entirely. And soon, online viewers will likely be able to converse and interact in real time with attendees at the actual funeral.

Webcasts can be downloaded on demand, a day, a week, or a year later, allowing the bereaved to revisit the services if they wish. This feature is an answer, too, for those who never heard about the funeral. Who hasn’t said at one time or another, “I didn’t know. I would have gone.”

Some funeral homes provide webcasts free to families as a benefit of using their company. Others charge varying fees, depending on the requirements. Note, however, that some clergymen won’t allow webcasts, and some families consider the idea inappropriate. Whatever your own opinion, it is now an option.

There are free services online that allow you to this. One in particular that I can think of is called ustream.