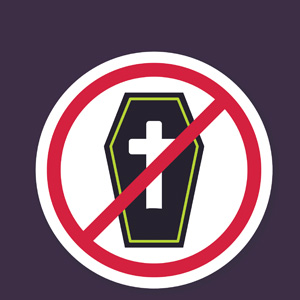 My late friend and colleague wished to be cremated and did not want a funeral. He had no close family. I (and others in my professional organization who will miss him) feel very sad. He had a huge impact on our careers, especially when we were starting out. What can we do that honors his wishes, yet also allows us some closure? And why would someone refuse a funeral?

Funerals, memorial services, and/or other ceremonies are part of most religions, although the traditions may vary. For example, Quakers celebrate the life of the deceased — and therefore don’t wear black to funerals. Yet we all share a need for community when we lose someone who touched our lives. It’s only human to wish to express grief, “tell stories,” and find meaning and comfort in the company of others who feel the same way.

Alternatives to a Funeral

In cases like yours, I’ve heard of organizing memorial dinners for the deceased, where those who choose to attend pay their own way. A gathering could take place in a private room in a restaurant (or even a quiet corner, depending on the number of people). Or perhaps the staff of your professional organization can help coordinate a cocktail party as a tribute to your colleague, who apparently contributed years of service to members.

Another possibility: The deceased probably left instructions appointing someone to handle details after death. You might inquire if a “scattering of the ashes” (which might be in a park, a lake or river, or a backyard) is planned — and whether you and others might attend. This is a gathering, yet not a funeral.

Why do some people ban a funeral? Finances are one reason. The cost of funerals (as well as burial plots) has skyrocketed, causing many to choose cremation at a fraction of the cost. They may consider a funeral a waste of money and an unwanted “fuss.” In fact, the number of funeral homes has dropped in New York City, Philadelphia, and some other cities.

So have the numbers of people affiliated with particular religions. A recent Pew Research poll found that 23 percent of American adults now consider themselves religiously unaffiliated versus 16 percent in 2007. The number of Roman Catholic funerals in the U.S. has declined since 1970 — at the same time the Roman Catholic population has increased. We’re a more secular society today.

If you have a question for Florence, please email her at fisaacs@florenceisaacs.com

Florence Isaacs is the author of several books on etiquette, including My Deepest Sympathies: Meaningful Sentiments for Condolence Notes a.... She writes two advice blogs for Legacy.com: Sincere Condolences and Widow in the World, a blog for bereaved spouses and partners.

I think its loving to respect their wish of not having a funeral. I have gone to memorial services remembering  the deceased. They were cremated.. They displayed pictures of the deceased and read about their life...Our bodies may be gone with cremation but our loving father has the power to resurrect those back to life...John 5:28,29.

Cheryl Clemmens is now a member of LegacyConnect
Thursday
Welcome Them!