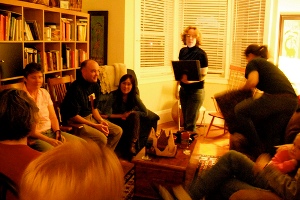 Q. My aunt is terminally ill and has been told by her doctors to “get her affairs in order.” My family and I have decided to organize a life tribute to her…sort of giving her flowers while she lives. She contributed to the social work profession for more than thirty years. We don’t want to wait until her funeral for people to speak well of her. What should we highlight during this program? How can we prepare people for what to expect when they see her?

A. This is a wonderful idea, but it’s unclear whether it’s intended as a surprise or not. In your place, I would want the person to know what’s going on. First, I’d want to make sure she likes the idea. Some people prefer to see one or two people at a time, rather than a large group, which can seem intimidating. Second, I’d want to hear her views on the guest list. She might want to invite someone you hadn’t thought of (or even omit someone you did include). It can be great fun to go over the names together and reminisce about them. She might have ideas about the program, too.

In general, at the event you describe, I would ask people to talk about a meaningful memory of your aunt (funny, poignant, interesting, or whatever) or about why your aunt has been important to them or how she made an impact on their lives. I would also set a time limit, such as three minutes maximum, which is a lot longer than you think. Otherwise the speeches can go on for hours. You might ask one or two people to talk longer and others to speak only if they feel like it. I know of one case where three people were asked to speak, but only for a few minutes each. The family also arranged for a photographer to take pictures of the patient with guests.

As for preparing guests for your aunt’s condition, remember that they know she is dying. If they don’t, they’ll learn about it when you call or write to invite them. Keep in mind, too, that your aunt is likely to have good days and bad days. She might not be up to a gathering on the day of the tribute. I also might ask her doctor for his/her opinion.