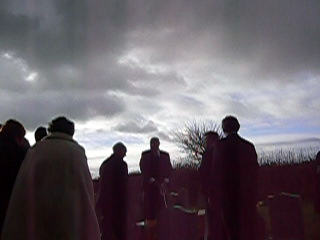 A. My dictionary defines the word “private” in this context as “confined to or intended only for the person or persons immediately concerned.” Unless you are specifically invited, you should not attend. The newspaper death notice usually states some variation of “Private services.” And yes, people who are excluded may feel offended.

There actually can be many reasons for a private funeral. Although some mourners want a large attendance, others feel uncomfortable pouring out grief among mere acquaintances (or even strangers). They may wish to be surrounded only by people they feel close to. A family in financial straits may not want it known they can only afford a bare bones funeral. Or the deceased (while alive) may have requested a private funeral. If so, his or her instructions must be in writing to pass legal muster. The majority of states recognize written instructions unless they are illegal or otherwise inappropriate. For example, a deceased’s wish to have an elaborate, expensive funeral in Bali (without providing for the costs involved) might be considered a financial and logistical hardship for a family in Kansas. Instructions included in a will may be counterproductive, however, because the funeral may precede the reading of the will.

Space constraints can be another issue, as when the funeral is held in a small church. The services for Nelson Mandela’s young great granddaughter, who died last summer in a tragic auto crash, took place in a school that couldn’t accommodate crowds. South Africans were encouraged to express their grief and sympathy through cards and letters. In your own situation, you can certainly write or call your neighbor’s next of kin to offer condolences, and, if you wish, reminisce about positive memories of the person. Survivors appreciate such conversations, which are comforting to everyone, including you.

Occasionally, private services are used to deliberately exclude particular people, such as an ex-spouse, especially if the divorce was acrimonious. In one case I’m aware of, the deceased’s parents were not invited. The funeral ritual is intended as a healing experience that brings people together. But unfortunately some funerals can be vehicles for expressing pain and anger at others, for punishment—rather than forgiveness.