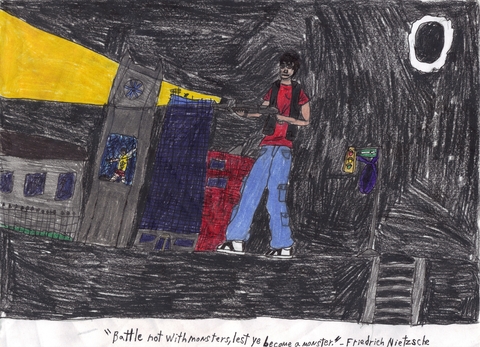 There some days I listen to my voice mail messages.  I have a voice mail saved from Timmy from two months before he was killed.  I sit and listen, save, listen, save again, listen again...some days afraid that if I don't listen to the voice mail, it will be gone.  I also have the message from Mayor Nutter calling me to express his condolences.  I can hear his voice cracking...it has the sound of fear - the fear that any decent father has for his children.  I have that saved, listened, saved again, listened again.  I don't know why I save it.  Its a painful memory, I save and listen to over and over.  I just sometimes need to hear Timmy's voice.  Sometimes to remind myself that he called to say good night and that he loved me. Sometimes I imagine that I am talking to him.

The night he called, I was working overtime, and I didn't pick up the phone when he called.  I have moments of guilt for not picking up the phone and talking to him.  Other times I am glad I didn't; I have his voice mail message to save.

I had taken his dog to the pound a few days before, maybe a week.  He didn't speak to me for about a week.  The dog had bitten me during an argument Tim and I were having.  A stupid argument that should never had happened.  A stupid argument over a computer virus.  A stupid computer virus that some idiot somewhere in the world loaded up onto the web. I have days where I wish I could take back that day and start over.  I have days where I wish I never yelled at him.  It wasn't his fault.  It was all because someone wanted to destroy someone's computer out of spite. Vandalism of a hard drive.  A hijacking of freedom at its ultimate expression.

Its all part of the What If game.

What if Tim hadn't gone to the internet that day?

What if Tim hadn't gone to school on May 17th?

What if I got there ten minutes earlier?

What if I didn't suspend his cell phone for a month?

I lost my son to a series of stupid moments.  All the moments lined up like dominoes in my head...in my imagination.  One domino sets everything in motion...cause and effect.  A cascade effect of calamity. One domino...one moment. I play it out in my head sometimes.  I watch the science shows on quantum mechanics...time-space continuum, the foam, the bubble, worm holes, branching universe, decision trees.  My sorrow meshed with a disdain for Stephen Hawking and his ilk.

I write my memories down - not to show myself as "Father of the Year" - but to one day leave as a gift to his sisters.  I write my relationship with him.  I don't want any mantel or award - the pedestal is too high should I fall off.  I simply write of my love and life with Timmy.