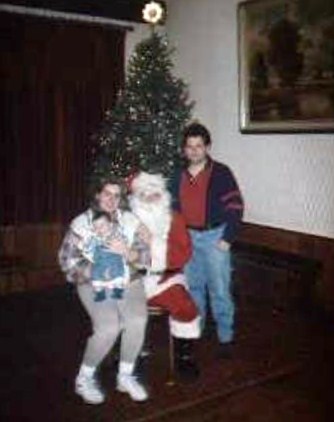 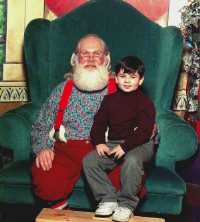 Every year since, we would stalk Santa at the Pizza Villa.  Tim would continue to sit with Santa until Alaina was old enough to be with Santa alone when he was eleven. That was the last time Tim had his picture taken.

It broke my heart when he said that there is no Santa.  “I just liked going to the mall with you and mommy to get it done.  I’ll still do it if it makes you feel better.”

Last Christmas season, Tim passed the game of Stalking Santa on to his sisters.  I burst with laughter as my girls did the same as their brother had done ten years before.