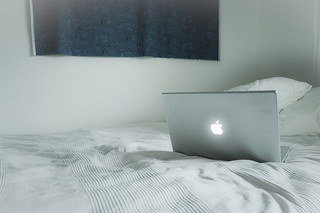 It’s been a couple of weeks since NPR host Scott Simon sat at his mother’s death bed and tweeted her final jou... from the ICU of a Chicago hospital to the great beyond. Yet there continues to be much discussion about the wisdom, respect, privacy, taste of those dozens of updates with his 1.3 million followers knowing her last and intimate life details – and Simon’s expressions of gratitude for her life, grief for her death.

Intimate though they were, the tweets touched total strangers in their real-time, you-are-there reality. While there has been some debate, for the most part, people could relate. According to a story in The Huffington Post, “grief counselors, hospice workers and those who study the end of life, [say] Simon has also spurred a conversation on dying in a culture where it's rarely discussed.”

Meghan O’Rourke, author of The Long Goodbye, wrote similarly in The New Yorker: “The extraordinary response to Simon’s tweets also suggests a hunger on the part of Americans for a way to integrate death and mourning into our lives ­– a hunger that is being met by social media. Facebook and Twitter are changing the way we mourn – rescuing America from a world where grief was largely silenced and creating, instead, a kind of public space for it.” She goes on to say that in the 20th century, death was something to “get over.” That’s what my siblings and I did when our mother died of cancer in 1968. We got so over it we barely talked about her, didn’t celebrate her life or legacies until we were old enough to know better.

Thank goodness, that attitude is changing – and with the influx and influence of the social media, it’s a fast-moving phenomenon. While there will continue to be some debate on the appropriateness of social media in this process, O’Rourke wrote of announcing deaths online: “[Facebook] doesn’t feel morbid or inappropriate to me. It’s our equivalent of the ringing of church bells in the town square, for better or for worse.”

Here are some other indications of how things are opening up:

For his part, Simon says the attention his tweets and emotions have stirred up will have an enduring impact. “I think of this as a spur to pay more attention to death than I did before… it would be insensitive of me to not recognize and understand that something has been opened up here. That I may be in a position to reach out and make a difference.”