What Not to Say in Sympathy Notes 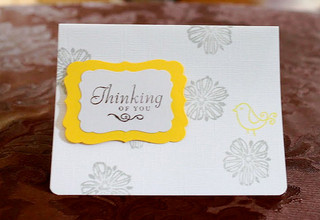 Years ago I had the opportunity to read condolence notes sent to a friend upon the death of her teenage daughter. There were hundreds of sympathy cards and handwritten notes, many of them thoughtfully and beautifully written. But to this day, there was one that still disturbs me.

The sender, an old friend, expressed her condolences. But she went on to mention that she was sitting in her home office working on her expense reports. Her next door neighbor was having his trees trimmed and they were making such a racket, it gave her a headache. I sat back and thought how inappropriate it was to make such a statement in a sympathy note. I’m sure my friend would have given anything to have been dealing with loud noise and a headache instead of the deep heartache of losing her beloved child.

Friends and loved ones spend a lot of time seeking information on how to write a sympathy note; what to include and how to make it heartfelt or memorable. I don’t think anyone has ever asked me what not to say in a sympathy note and what topics or comments to avoid.

So what may be inappropriate to say while expressing your condolences?