Randolph L. Schrader said…
Thank you Judy, you are in my thoughts also. I appreciate the caring and the sharing. Hugs to you. Hugs are good.

Randolph L. Schrader said…
Thank you Judy. Things are tapering down for me.Now I can cathch up with myself. God knows why. I have no life anymore. I can only understand and share with you. And of course, hugs to you. Hugs are very good.

Randolph L. Schrader said…
Thank you so much Judy. It is a rough road I am on and getting worse. Hugs to you. Hugs are goods.

Liz said…
Judy,
thank you so much for your kind words... from the bottom of my heart, your words touched me.. i have heard from so many that bc we only had 8 yrs together- 4.5 married that it would be easier for me to move on etc... and i think its just that people dont know what to say when someone young dies bc it scares them... shawn was love of my life and no one can take that from me... will i fall in love again- absolutely... but that will never take my love of shawn away.
i am sorry for your loss... the first anniversary and birthday- and holidays are so hard... i spent them with my friends, family, and kids and that is what got me through them... i actually threw house parties at the anniversary and birthday and 6 month anniversary of losing him along with 1 year... it helped me being with friends who loved me and him and supported us... it got me through those tough days... the time that follows is also tough but it gets easier... all my love, liz

Suzanne said…
Hi Judy,
I was reluctant to share my feelings but I was so distraught and sad I really needed to and after reading your reply a few times because sometimes things don't sink in and I thought about your words and I can't thank you enough. It was just what I needed to hear. You really understand me and you made me feel better and I can sleep tonight because of your support. God bless you and thanks again.
Suzanne

Fernandohulya said…
Is the online chat on this site or another website? the time zone can be arranged no problems if. Depends from which side of you either west or east? the time now is 8:43.

Randolph L. Schrader said…
Thank you Judy, not many "good" days since wife died but the daisies blooming put a great smile on me and my g-son's face. Hug to you. Hugs are good.

pippa said…
Hi Judy, hope you are doing ok on your five month anniversary..its gotta be hard. hang in there.
thank you so much for your kind thoughts and words last week... literally, my grief knows no bounds and there are times I feel like it is a weight, like I am being crushed between two stones and can't even catch my breath for the pain. I know you know what I mean.
I am thinking of you and, as they say, holding you in the light..
pippa

Suzanne said…
Hi Judy,
Thank you for your insight and for your support and concern. It is appreciated. It really helps to be able to share my deep, albeit, dark thoughts on this site as I still stand by every word I ever posted. I hope you are well. Take care.
God bless,
Suzanne

Tom said…
Something of interest !
Loni's mother and my mother lived less than a mile away from each other in Chicago.
They went to the same high school.
They even had the same last maiden name ! 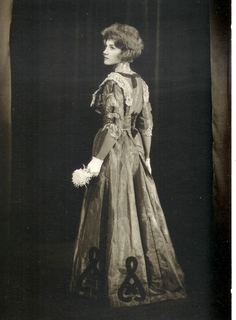 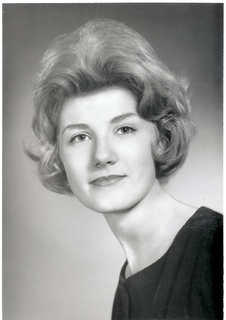 A few pictures of my Loni.

Tom said…
Hello Judy,
Loni was an extremely special person in my life, and anyone that ever met her. Loni had her pilots licence, and was amember of the NRA and had her own gun, worked in the financial distric of San Fransico for a while, Worked with highend cliental for a bay area travel agency for 35 years and had many contacts within travel industry, and taught travel classes at college at the same time. Loni belonged to a womens group called P.E.O. that was for higher education for women, for 50 years. Loni was very religious and involved with church activities. She would not put up with anyone's nonsence. and Loni was the most beautiful women on earth, inside and out. An only child of her father a Chicago lawyer, and her mother from Chicago also. My mother was from Chicago also. I met Loni when the manager from the mobile home park I live in came to me and asked me if I would like a job painting for a lady in the park. I said yes. He told me where she lived and the next day i came to see Loni about the job and what she wanted painted. Loni had been a widow for three yaers at that time. She wanted me to paint the inside of the house, where they had left off at, or never got around to doing it because of her husbands illness and his death. I told her I could start anytime she wanted me to. Right then I knew I was in trouble, I was in Love with Loni that fast.
I told myself i would be professional about this job just like any other, and I was the whole time.
I should mention now though, that I streched a four day job out to four months . i didn't charge her for all the extra time i took . I just wanted to be around her as much as i could, and Loni didn't seem to mind and was in no hurry for me to finish. Each day after the work was done we would sit at the kitchen table and talk until it was dark outside and i would have to go home. Loni would tell me about her life with her husband and I loved listening to her.They were married for 30 years. Loni would cry when talking about it, and I would understand why. The last day when the painting was over and i had to go, I put my arm around her as we were walking to the front door and gave her a hug for comfort. Loni kissed me on the cheek and I was surprized. She told me I could come over any time and talk with her. The very next day I was knocking on her door ! I couldn't stand being away from Loni. Loni smiled and opened the door and we sat at the kitchen table all day just talking as we had become accustom to doing.
I had the feeling Loni was falling in love with me too.
I wanted so bad to ask Loni if she would marry me but was afraid what she might say. Finally I came to reason that if i never asked her i would never know.
So one day while talking in the front room, I got down on one knee and asked Loni if she would have me for her husband. Loni smiled and said yes so fast i didn't know what to do next. The look on my face must have been funny, Loni laughed and kissed me for the first time and i felt like melting then and there. I had given up on ever finding the women of my dreams and ever getting married a long time ago. And now I was about to be a married man, and in love like I never knew how it could be. Soon afterwards in a couple of days I called my older sister that lives 10 miles away and told her i was going to get married. She said don't rush into this you don't even know this lady. I told her I've been waiting for 53 years, how much longer should I wait !
Loni and my sister finally met for the first time to get to know each other and get started on planning the wedding at a restrant. After they were done I went to pick up Loni and on the way out my sister said to Loni that she was the sister she had always wanted.
And they hugged each other. We were married at the historical Red Church in Sonora, California. The first marriage there in over 10 years. For some reason the priest there didn't want to marry people there. But then Loni was not just anybody. We went through all the hoops and things he wanted us to do before he would allow the marriage to go on, and on May 17th, 2003 we were married. Loni had thought I was an only guy and had no family in the beginning and found out that I had a large family when it came time to invite them to our wedding. My cousins came to it also. We invited all the people from the church to attend too . Oh yea ! I almost forgot, when the manager told me about this painting job, he told me Loni wanted someone she could trust, being a women living alone and a widow. And i told him, I'm that guy !